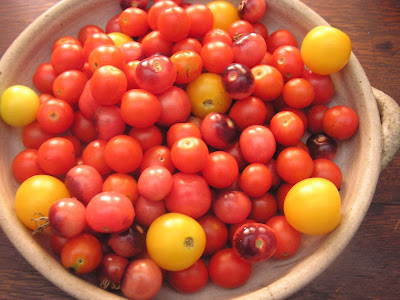 Hello friends.  Last week, we had a lovely visit with our granddaughter.  She and I spent a couple of hours in the Kids Zone at the zoo, using free passes, then ventured out to visit the polar bears and a playground there.  At home, there were walks, garden harvesting, shelling beans, reading, and she hand sewed and finished a cat stuffy while I attended to my mending pile and helped as needed.  She seemed to enjoy the sewing, and was proud of her finished kitty.  We each got to pick a raspberry, the first ones in a while, and enjoyed the treat.  J fabricated her a metal unicorn while she looked on, and she was pretty excited about that. 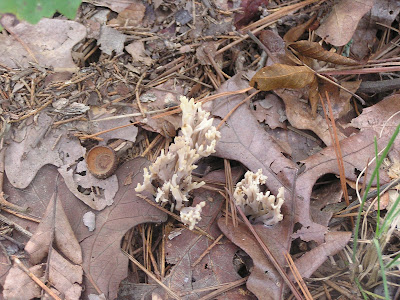 Okra and fresh lima beans from the garden were blanched and frozen, 4 servings of each.  Previous years, I put a cup or two of pawpaw pulp in a bag for freezing, but it was hard to cut a chunk off for a smoothie.  In the past, I've broken a knife tip, trying to cut into it.  This year, I decided to freeze the pulp in ice cube trays, so I can just grab some cubes, and throw them in the blender.  That worked splendidly.  A new recipe which used our cherry tomatoes, basil, and pepper was made to use in a pasta sauce.  Once I realized how few tomatoes it used, I upped it quite a bit.  We enjoyed the meal, but will need to do something else with all the other cherry tomatoes soon. I suspect I may be canning them next week. 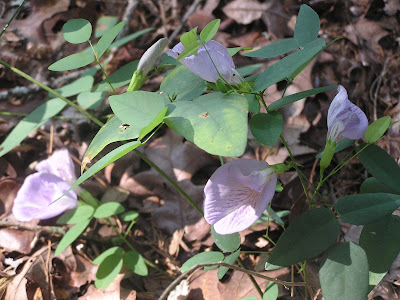 The asian eggplant are doing well.  I was not using them often enough, and decided to slice, roast and freeze 10 of them for future eggplant parmesan, as we really enjoyed that several months ago.  The next few I pick, I plan to use in Pasta Norma.  The tomatoes are colorful this year with the usual red, as well as yellow, and the Indigo Blue Berries, which look much like cherries.  So far, I'm not impressed with the blue berries taste , but I want to give them a fair chance, when it's not been raining so much.  I couldn't get any more takers on the concord grapes, so I harvested another round, and got a bit over 3 qts of juice.  I may make jam with them in the future, but for now, it's preserved and on the shelf.  There are still quite a few out there.  A caprese salad was enjoyed one night.  I requested two books from the library, to pick up on my next work day in town. 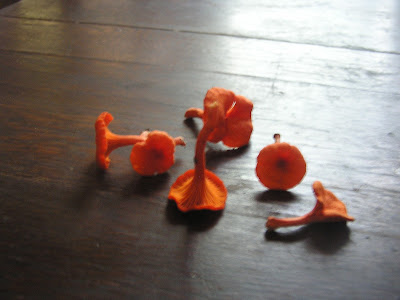 Mushrooms still abound in these woods, and along the paths.  After reading about locally found cinnabar chanterelle in the mushroom fb group I joined, I spotted what appeared to be the same mushrooms in a few spots.  I left most of them, but gathered 6 to try.  They're a small mushroom, so it wouldn't be much more than a taste, but it's always smart to start with small amounts anyway.  The ones I found seem to have all the correct characteristics... the color, the vase shape, somewhat frilly edges, false gills that fork and come down the stem, growing in soil in hardwood forest this time of year.  Here's a little more info, if you're interested.  I also saw a number of Lactarius indigo mushrooms while I wandered.  I may just be ready to try those soon too.  I was hoping the blue latex they exude would be good for dyeing, but research says they are not a good dye plant.  Update:  I sauteed the chanterelle mushrooms in butter.  The taste was so mild, they pretty much just tasted like butter, which is not a bad thing.  I ate them all (J refused), and am still here to tell the tale, with no ill effects 48+ hours later.  I noticed many more patches of them, and it's raining again, so I think I'll be harvesting more in the future.  Please do not decide to eat any mushrooms based on what I say here.  Do significant research, take a class, &/or learn from a pro before you make this decision, as it can truly have dire consequences. 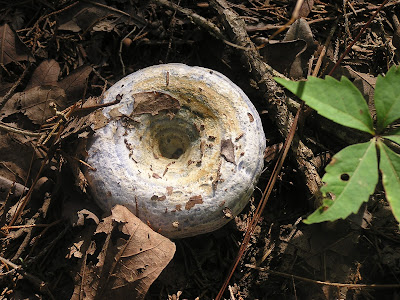 On Saturday, we attended a family reunion of J's, which required a 2 1/2 hr drive each way.  I had picked all the dried lima beans on the vines on Friday, and brought those along in the car, and shelled them on the way.  I also finished reading the Fresh Eggs Daily book in the car, which had a lot of great information that I'll be using.  We had planned to stop for dinner on the way home, but as it was earlier than expected, we decided to instead stop at a brewery J had worked to create, and enjoy a beer, then came home and had a salad with a frozen organic pizza, clearing a bit more room in the freezer.  It was a simple, inexpensive date we both enjoyed.  We still have lots of squash, and I should have made a squash dish to share at the reunion, but honestly, I was needing a break, so we made up a green bean dish instead, and brought several squash to share with an aunt.  We also brought okra to share, but no one was interested, so it came back home with us.  I accepted an assortment of canning jars, some with lids and rings.  Still working on clearing out the freezer, I defrosted a pumpkin/squash bread that J is enjoying. 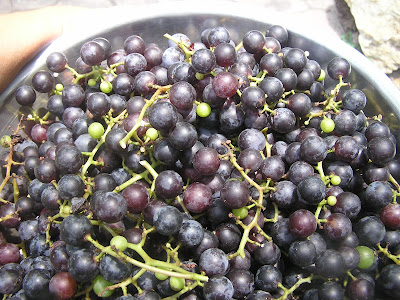 The cabbage and kale beds came up very skimpily, so we reseeded those.  No chard came up at all, so that was also reseeded.  Collards and rutabagas came up in patches, and they were transplanted out at proper distances.  New carrot and lettuce beds were planted.  A cantaloupe, nice sized potato we had missed, a couple spaghetti squash and two winter squash were harvested after the seeding and transplanting.  We had the cantaloupe for lunch, and were happy it was one with good flavor.  I grated and froze 6 bags of tromboncino squash, for both sweet and savory dishes.  More tromboncino squash, along with our tomatoes and herbs were used in my Mom's zucchini soup for dinner.  During the week, I harvested tomatoes, squash, green beans, lima beans, okra, pawpaws, hazelnuts, plums, lambs quarter, basil, oregano and parsley.  Oh, and the mushrooms of course.  Wishing you a bountiful week, friends.

I once made concord grape marmalade but it was years ago and I have forgotten the recipe. It was delicious, but had lots of steps to it. I remember the skins had to be removed but saved to use as color for the marmalade, of course the grapes had to be seeded and there was orange rind. We have an exotic mushroom grower at our farmer's market; I am not brave enough or knowledgeable enough to pick wild mushrooms.

The marmalade sounds delicious, and likely gorgeous to look at, Linda. I'm looking into some classes for mushrooms. I'd like to take some more classes before I do much else.