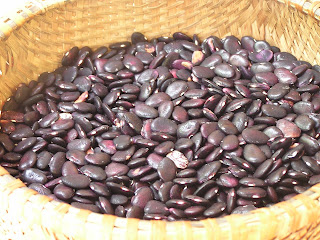 For the past couple of months, I've not had a vacuum.  The refurbished one I'd bought a number of years back finally gave up the ghost.  So, I've been sweeping the floor.  I've noticed how I enjoy the quiet, and the peaceful rhythm of it.  Thankfully, I have all wood floors, which makes it doable.  The floors, however, are 1930's era, from a schoolhouse up the road that was being torn down.  And they were a first experience in laying wood floors, so it's not as tight in some places as others, making some cracks where dirt can get down into.  So, I don't love that piece.  When I mop, I notice the floors are not as clean as when I vacuum.

For a few years, ever since I read an article on a simple homemade system, I've been thinking about installing a central vacuum.  The things I don't like about vacuuming are the noise of it, the smells of an old unit, and the dust it emits.  The central unit takes care of all of these things, as it lives outside the house.  We found some used, though in great shape, hosing online, with attachments.  So now we just need to get a new shopvac, and the floor pieces that you connect the hosing to*.  I've asked J if he can get it set up for my birthday in a few weeks.  *He ended up buying a used central vacuum module, instead of the shopvac.

Despite the heat and dryness, the garden is producing quite well.  This week, I've canned more dill pickles and tomatoes, frozen okra, and shelled lots of limas.  The above picture is of the heirloom limas I wrote about recently.  They're quite a prolific variety.  I canned elderberry jam today.  I have a good amount of syrup left from last year, so wanted to try jam.  One of the women who came to the open house makes tea from dry berries in the winter, so I'm going to dry the next round of them.  We ate our first canteloupe yesterday, and I've got a basket of crowder peas to shell today.  It's good to know we'll eat well this winter.  How is your garden growing?  I'll leave you with a most appropriate cartoon that was in my inbox this morning. 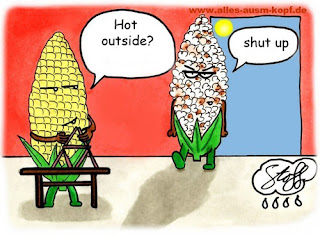 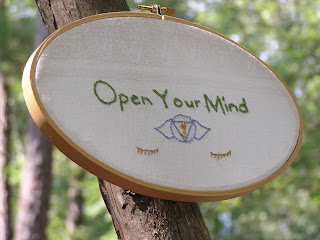 You Can Can Eggplant 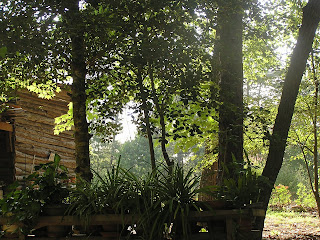 Today promises to be another scorcher, with temps hovering at 100 degrees.  So, what am I doing?  Why, I'm canning eggplant this morning.  Well, it just must be done.  Then on to freezing squash.  But then, we'll head to the lake to help a friend celebrate her birthday.  So, there's that to look forward to.  I've read that eggplant doesn't can well, but I don't know why some say that.  I've used it for dip, which works well, and mixed it with canned tomatoes and herbs for a pasta sauce, which we think is yummy.  So, if you've not tried it because of what others have said, give it a whirl.  I pressure can it with an inch of headspace- pints 30 mins & quarts 40 mins at 10 lbs of pressure.  I'm betting you'll like it.
*note: I neglected to tell you the rest of the recommended processing, which is: wash and cut eggplant in cubes or slices,  sprinkle with salt, cover with cold water & let soak for 45 mins.  Drain, then boil in fresh water for 5 mins.  Drain and pack hot without added salt. Fill jars & add boiling water, leaving 1" headspace.

Another friend builds high-end stores.  He's working on a Gucci at the moment.  Yesterday, he sent a link to a handbag that cost over $25,000.  Excuse me?  Not to mention I can't comprehend why anyone would spend that, I just keep thinking about how many mouths that could feed, you know?  Mind you, I'm not condemning Gucci.  They wouldn't sell them if we didn't buy them.  I just think that's a rather sad statement.  But then, I also think it's all good, and we've got to get through this piece to get where we're all going.   I've been joining in on Unplugged Sundays this summer, which helps me slow down just a bit.  Enjoy your weekend, friends!
Posted by Laurie at 7:48 AM 3 comments: 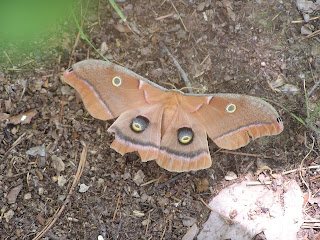 Recently, I noticed a commotion in a patch of woods near the house.   At the same time, the dogs did too.  After shooing a bird and the dogs away, I got a better look at this moth.  I'd never seen one behave this way, as it jumped up and flapped it's wings each time it sensed danger.  I know that they have "eyes" on their wings to mimic fiercer creatures, but never saw how this defense mechanism actually worked.  Pretty interesting, though I haven't had the time to identify it yet.

The garden is keeping me busy, both in harvesting and preserving.  This morning, I harvested cucumbers, tomatoes, crowder peas, okra, a handful of blueberries & raspberries, summer squash- tromboncino & yellow crookneck, and lima beans.  The limas are some that Joseph's great-great-grandfather grew.  His Mom gave him some of the seed last year, but it was several years old.  We grew it just for seed last year, to make sure it was viable, and that we had plenty.  It makes some nice "juice" when it's cooked.  I like to saute a bit of onion in olive oil to add to it, then put all over brown basmati rice.  Cut up some tomatoes, maybe add some cucumbers in some shape or form, and that tastes like a summer meal to me.

With getting the fab shop off the ground, it's been a challenge at times to afford the high quality dogfood we prefer for two growing pups.  It then takes creativity to stretch the bought food.  Most times, I add cooked eggs, yogurt or kefir.  I often add grated raw foods-- cucumbers, squash, carrots, beets or last years apples, which are getting soft but are still tasty.  Our vet recommends a good amount of raw foods, so I up the amounts at these times.  Time constraints keep me from giving it more often.  They love bread, which is organic whole grain.  Sometimes they get a bit of our leftovers.  As it's healthy, organic fare, I don't worry.  I cooked up some of the tiny potatoes we grew this morning, and will see how they like these tonight.  Do you give your dog "people food"?  I'd love to hear what works for you.
Posted by Laurie at 10:52 AM 2 comments:

The last minute preparations for tomorrow's show are being done.  It looks like it's going to be a gorgeous day, weatherwise.  These are some of the metal art pieces J & I will be offering, all from recalimed metal.  If you're in the Asheboro area, come on out and support this group of awesome local artists.

I've been getting ready for this weekend's show at the Gatekeeper's House in Asheboro.  The open house was great fun, seeing lots of folks I love to spend time with.  Since then, I've learned how to use grinders, a drill press, torch and  plasma cutter.  Such fun to learn how to make metal art! The paint is still drying, but I hope to take pics tomorrow to share.  I'll leave you with a smiling McNibs.

Today, New Earth Fabrication is having an open house.  We've been busy getting ready all week.  The pic is a job they're just finishing, a skid for a biodiesel program at a major University.  The camper sold in one day :o)  Have a wonderful weekend, friends!
Posted by Laurie at 10:38 AM 1 comment:

Lots of love and elbow grease has been put into my camper lately, getting it ready to sell.  J & I replaced the ceiling last year, but then got sidetracked on other projects.  It was bought with the intention of living in it years ago, while building the house, and was a comfy little nest.  But then a trailer was bought, after finding out the county said it was too small to live in legally, so it turned into a storage shed.  It still needs TLC, but is beginning to shine again, and was just listed on Craigslist.  I will be just a bit sad to see it go, but mostly want it to go to a new home where it will be loved and used again.
**If anyone is having challenges with commenting on Blogger, as I was, one of the suggestions is to turn off the "keep me signed in", which worked for me. **
Posted by Laurie at 12:46 PM 1 comment:

Wishing you the nicest 4th of July holiday!
Posted by Laurie at 9:36 PM No comments: