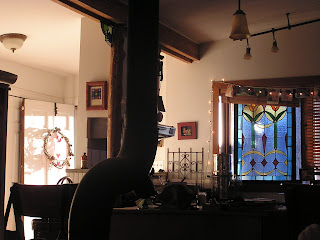 I wanted to drop by, and give you an update on the sweater I was unraveling.  I ended up with a dozen good-sized balls of wool yarn, which I began felting today.  They will eventually be dryer balls.  I mostly unraveled the sweater while sitting with Joseph on the couch at night. I'd say my first experiment in unraveling a sweater for yarn seemed like a worthwhile endeavor.  I forgot to weigh the yarn before beginning the felting process.  I suppose once the balls are good and dry, I can accurately weigh them to estimate yardage.

An old friend is visiting this week.  I have some workdays scheduled at a local pottery.  The first blooms of grape hyacinth were spotted today, and the pond is almost filled to the brim. Feelings of  inspiration and gratitude have filled my days. I hope the coming days bring you just what you need to feel inspired.
Posted by Laurie at 4:00 AM 6 comments: 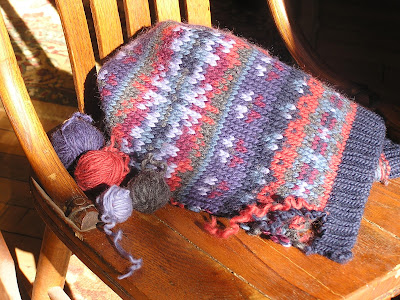 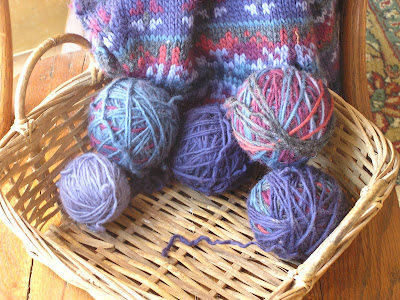 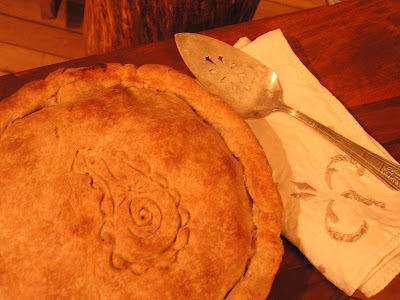 Path of the Critters 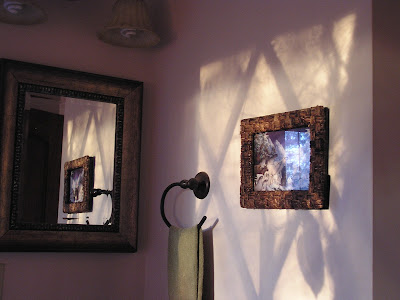 This time of year, I enjoy the light that comes through the diamond-paned window in the evenings.  Soon the sun will be higher in the sky, and I'll have to wait another year to enjoy it.  When I am mindful, I find simple pleasures to enjoy.  Each season has it's blessings to savor.

Joseph recently cleared a bit of land to grow some heirloom wheat.  We are looking to grow some for our own use, and possibly will have enough left to sell a bit for seed, if all goes well.  The variety is Red Fife wheat.  We were lucky to find a baker that sells at the Carrboro Farmer's Market, who uses heirloom grains.  I bought one of each item he sold which contained heirloom wheat.  We agreed the Red Fife was our favorite, with a wonderful, rich, whole wheat flavor.  We also sampled Marquis wheat, which is a Red Fife cross, but it did not have the flavor of the Red Fife.  Wheat is planted in the fall. We're deciding on a cover crop to plant this spring, to enrich the land while it lays fallow. 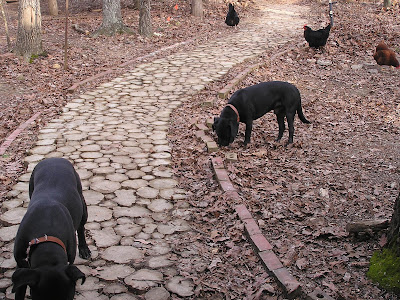 The weather has been a mix of warm and cold days.  On warm days, we've worked on our cedar walkway.  We've finally reached the halfway mark, and hope to continue making steady progress.  The entire path has been dug out in preparation for the cedar, and the undone portion is quite the muddy mess during wet weather, making us take alternate routes to the house.  That's one of the reasons I'm looking forward to finishing the path, keeping us out of the mud and at least some of the mud out of the house.  Oh happy day!

A Toasty Shop and a Tasty Cake Recipe 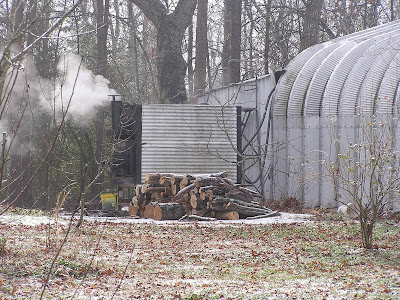 The guys now have heat via a water stove in the shop.  The stove was in pretty rough shape when it arrived, but Joseph put some hours into getting it up and running.  The heater is a wood-fired boiler which circulates water, which runs through a radiator in the shop.

Yesterday was my sweet sister's birthday. I'd been looking for an excuse to try this cake recipe.  It was lightly sweet, moist, and my nephew had two slices, then asked if I'd make him one for his birthday.  I'm considering it a keeper.

1. Preheat oven to 350 degrees. Thoroughly butter a standard loaf pan well.  Dust with flour and tap out the excess.
2. Whisk together 1 1/2 cups flour, baking powder, cardamom, and kosher salt in a medium bowl.
3. In a large bowl, rub the orange zest into the sugar with your fingers, then combine this with the yogurt, olive oil, eggs and vanilla extract.  Whisk until well blended.  Fold in the dry ingredients just until they're combined.
4. Pour the batter into prepared pan and smooth the top.  Bake in the center of the oven until top of cake is golden brown and a tester poked in to center comes out clean, about 50-55 minutes.
5.  Let the cake cool in pan on a wire rack for 15 minutes. Then, run a knife around the edges to loosen it, invert it onto a cooling rack to col completely.

The only things I did differently were using a clementine for the orange, and my homemade yogurt for the Greek yogurt.  The recipe was found on Five and Spice, which looks worth getting to know better.