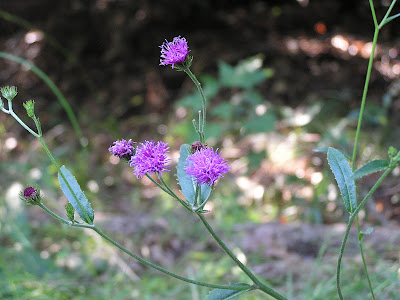 I'm not fond of raw onion, and add it to the squash as I'm turning the heat off, so it's not exactly cooked, but not quite raw either.  Instead of fresh lime, I've used this... no measure, just a few good squirts until it tasted right.  *Update: it's fabulous with fresh lime, though good with the other stuff, as well as with the avocado mentioned above.  I plan to try some fresh parsley in it too.  I've been wanting to use quinoa more often, as it's such a great grain.  It's gluten free, and seems to be the perfect summer grain, cooking up in only 15 minutes.  This recipe is a good, encouraging start to that. 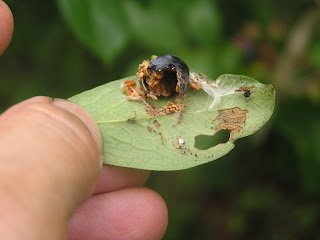 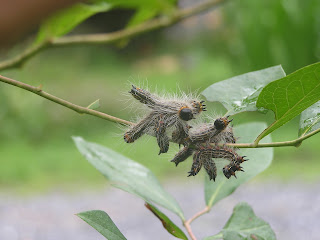 The Visitors & the Old Man of the Woods 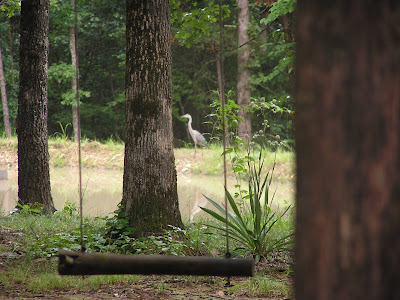 We looked towards the pond when the dogs began barking, and found 3 herons had come to visit. 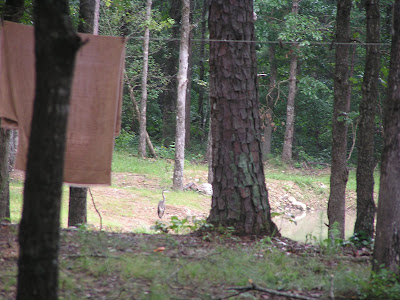 I've made the mistake before of trying to slip outside to take photos, only to have them fly off, so this time I stayed put in the house. 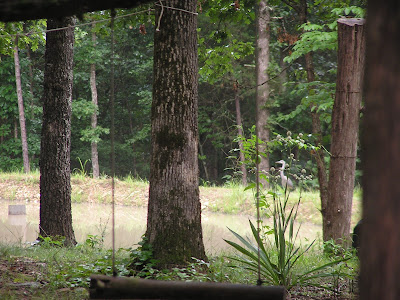 I love the way the eryngium and passionfruit kind of appear to be framing this one.  You may need to enlarge it to see this. 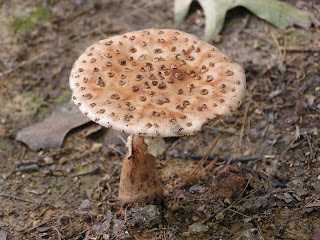 There has been some progress made in the garden, though I expect it will never be the neatest of gardens this year, due to too many happy weeds.  I've picked the first few yellow squash.  Cucumbers and tromboncino squash look to be not far behind. 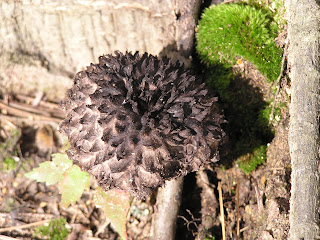 The rain continues to fall. The last I heard, we were about 10 inches above average in rainfall for the year, and more rain has fallen since. 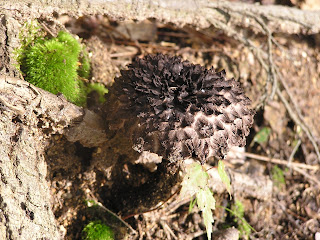 There have been many interesting mushrooms to catch my eye, like this Strobilomyces strobilaceus, or Old Man of the Woods.  I wish I were more knowledgeable about mushrooms, because there is a veritable potpourri of mushrooms out there I could be cooking with and drying for future use.  A passing knowledge of them is just not worth the risk.  I hope you're finding many good things to eat these summer days!
Posted by Laurie at 5:30 AM 4 comments: 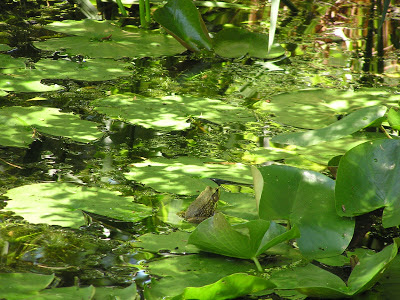 We visited the Cape Fear Botanical Gardens on the Fourth of July holiday. 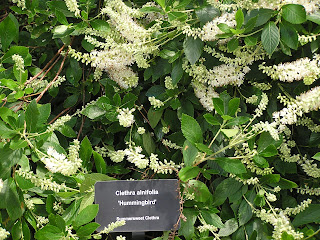 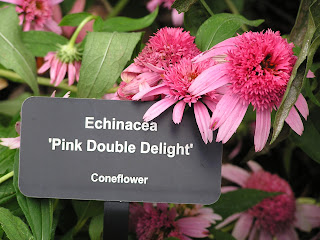 Some plantings were labeled 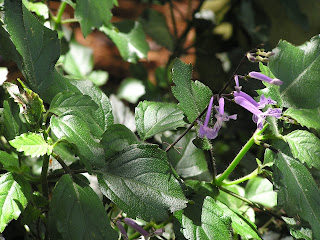 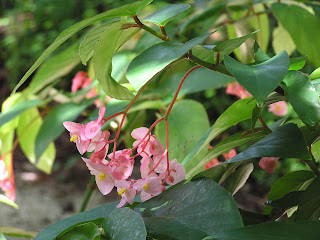 Sadly, others were not.  That second photo looked like a begonia, but was very tall and shrublike. 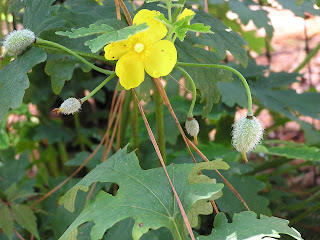 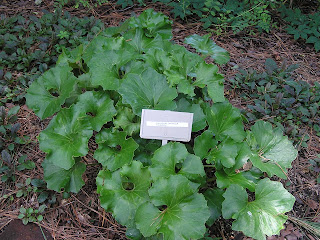 The celandine poppy and Farfugiums caught my eye in the shade garden. 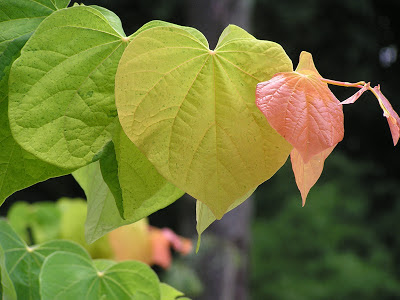 I loved the coloration on this Redbud "Rising Sun". 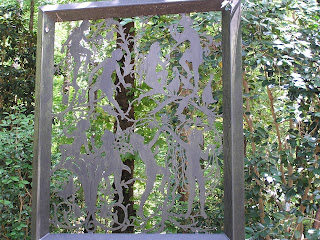 I hope you had an enjoyable holiday, whichever way you chose to spend it. 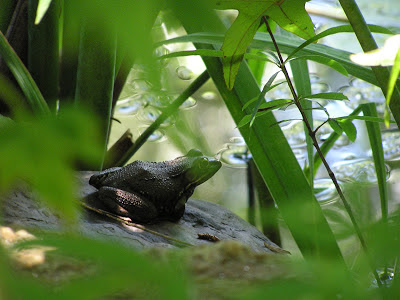 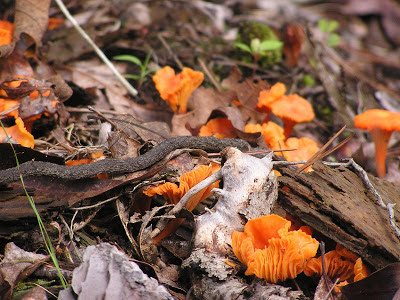 After checking every day for three weeks, I found some this morning... blooms on our squash plants!  Well, only two plants, but it's a start.  One, maybe both of them, are yellow summer squash.  Bring on the blooms! 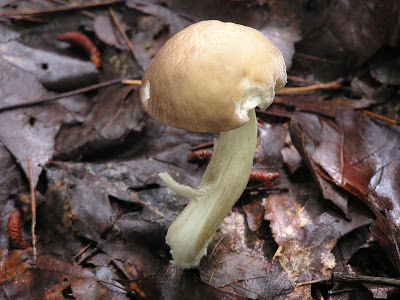 The first cucumber blooms appeared a couple of days ago, and today I saw the first teeny tiny cucumber.  Bring those on too, please. 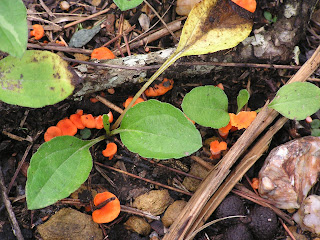 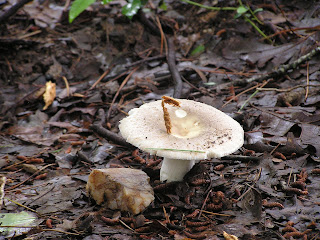 Hoping the pollinators can find the blooms in between the showers... 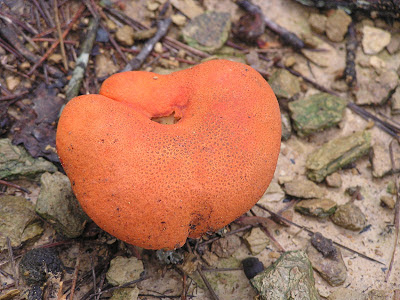 This one is a bit of a tease, with only green tomatoes in the garden.  Did I mention we have lots of fungi? 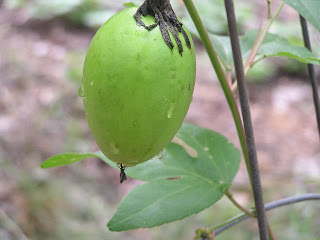 On this morning's fungi meander, I did find this, our first passionfruit.  More hope...  Been an interesting year so far, for sure. 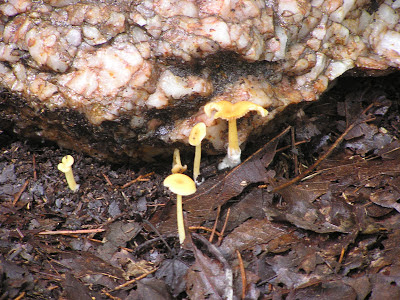 Wishing you a safe and Happy 4th of July, one that is dry enough to enjoy sparklers and a spectacular display of fireworks!!! (but not too dry)