The Season's Bounty and Talking Bellies 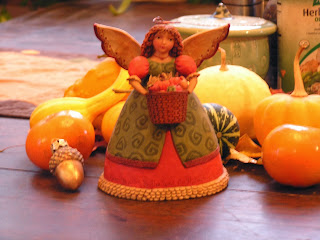 'Tis the season of chestnuts, collards, rutabagas, brussels sprouts, mandarins, clementines, pomegranates and pumpkin pie.  I shelled the last of the beans during lulls in shop-sitting last week, and there's a pot simmering on the woodstove.  I do so enjoy eating seasonally!  There are fresh tastes on the horizon all the time.

One of the many things I'm thankful for is you, dear readers.  Wishing you a most bountiful Thanksgiving!

Happy:
There will be some laughs in my family during the holidays due to talking bellies
Tiny homes in Washington, DC

Posted by Laurie at 8:54 AM No comments:

The Last of the Old Coop & Celebration Time in Seagrove 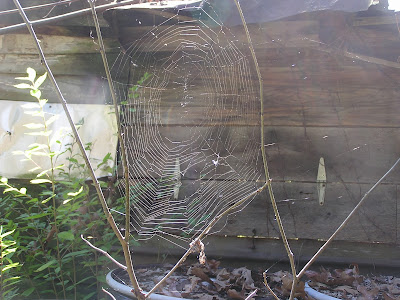 This photo was snapped shortly before the chicken coop came down.  The right side was the original chicken coop.  It had been partially dismantled, and was being used for storing the mowers and tiller. 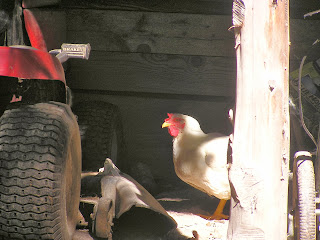 This is Pickles in the mower shed, about the same time. 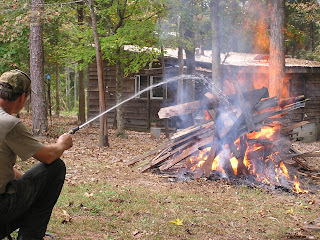 Here's the last of the chicken coop, as it went up in flames.  The area where the coop and run had been is now planted in garlic.  I noticed over the weekend that several garlic sprouts are poking up through the ground.  Joseph has set up the rainwater collection and automatic waterer in the new chicken area, and has dug several post holes for the larger yard.  I'm doing lots of things, but he's pretty much been on his own with that project recently.

This will shortly be taking up several of my days, both behind the scenes and at the event itself.  It's a big deal in these parts, and I'm always honored to be a part of it.

The leaves have been tumbling down the past few days, and the colors are fading.  I've really been enjoying them, and thought I'd share a few recent views around the homestead. 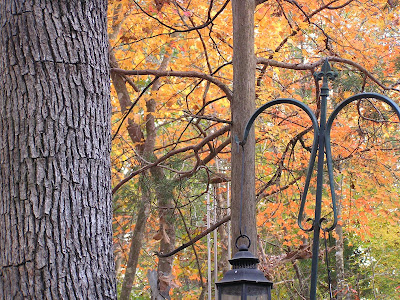 St. Clements soap is on the drying rack. It's one of my seasonal bars, a citrus and spice blend.  I need to make a few more "flavors" within the next week, readying my supply for Handmade Holiday, which is in just over four weeks. 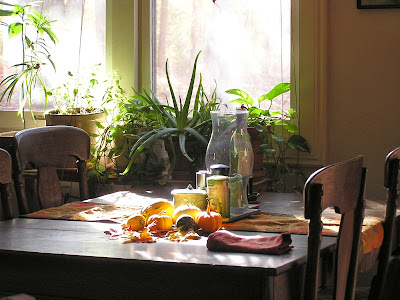 Some recent things that made me happy-

Marianne Williamson announcing her run for Congress
This November desktop calendar
This article about reading, literacy and libraries, linked from down-to-earth blog