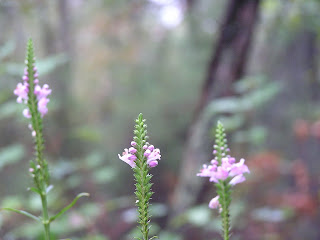 Today is a delightfully rainy one here. Two nights ago, we had our first rain in many weeks, and it's as though everything is breathing a sigh of relief. After finishing up my work at Hospice yesterday, everywhere I went, the air was filled with birdsong of such exuberance and joy. It's as if they held all that energy in during the long dry spell, and were releasing all that lovely song at once. It was truly a delight to be serenaded in such a way, and brought joy to my day. Wishing you much joy this day!
Posted by Laurie at 11:35 AM 2 comments: 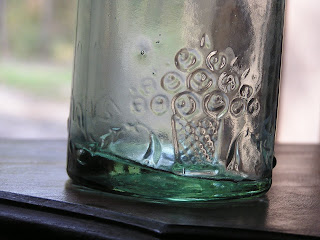 Did you know that today is "Hug a Vegetarian Day"? Yep, I found that out while researching something yesterday. Never found what I was looking for, but this could come in handy :o). I finally finished emptying out the camper yesterday, and today J & I start on cleaning it. I read a really nice blog post on J's workplace here. The photo is a peek at some of the vintage goodness I've been listing in my shop. Wishing you a lovely Friday! I'm off to go get supplies for some minor repairs on the camper. Don't forget to hug your favorite vegetarians today!
Posted by Laurie at 9:42 AM 2 comments:

An Anniversary of Sorts 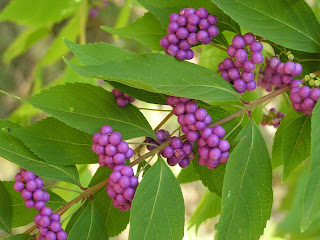 I've been cleaning out the camper this week. It's something that should have been done long ago, as it gradually turned into a storage shed. Isn't it interesting how often an open space will fill up with stuff?! So, literally and figuratively, I'm examining things, and continuing to purge what no longer serves me. If you're in the market for a camper, I can fix you right up! This is my 200th blog post. Thanks Meredith, for convincing my reluctant self into joining the blogosphere. It's been an enjoyable ride!
Posted by Laurie at 8:21 AM 5 comments: 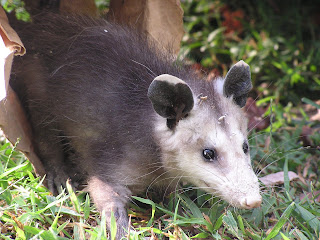 I should have known, when the usual sweet, grainy smell didn't greet me as I opened the lid. But I filled the bucket with several scoops of mash before I began investigating the rather unpleasant smell, which was getting harder to ignore. As I lifted the edge of the bag of oyster shell, two eyes greeted me, which elicited a small cry on my part. I fed the chickens their mash, as I pondered how to handle this unexpected start of the day. I thought back to finding the lid off the barrel... was that two or three days ago? Either way, it was bound to be thirsty. So, I tipped the barrel over a ways. It feigned a nonchalant air, as they are are wont to do. I filled a bowl with water, and placed it just outside the barrel. Nothing doing, so I gingerly drug the bag until the edge was coming out of the barrel. Bingo! Famata kitty was rather surprised to see the little visitor emerge, and mosey on it's way.
I've been working on clarity this week. Looking at some areas that needed looking at. Letting go of things that no longer serve me. Choosing to show up in the seeming chaos, and just be present. Because I don't want to miss any of the little surprises that may turn up!
Posted by Laurie at 9:00 AM 2 comments: 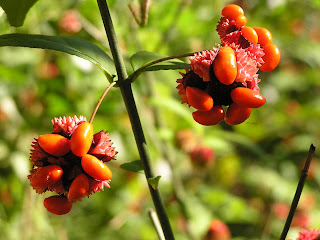 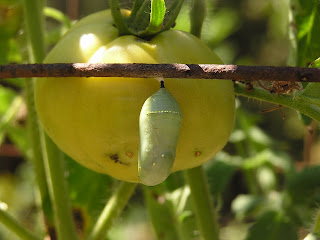 A touch of fall has been in the air the past few days, and it has been lovely. I've been asking for clarity recently, and it wasn't lost on me that in the same day, I came across many hearts-a-bustin with fruit bursting forth, and a chrysalis. Hmmm, am I being reminded that sometimes, our hearts must break open before we can move into the new life waiting for us? I am paying attention to the signs and synchronicities, moving step by slow step in the direction I'm being led. Have you had any obvious signs or synchronicities in your life you're willing to share?
Posted by Laurie at 1:44 PM 4 comments: 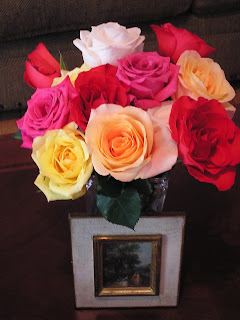 OK, I admit it. I've been in a bit of a funk lately. Not a major funk, but a funk nonetheless. There have been jobs and orders that did not work out as hoped. Instead of taking long walks on the beach, watching the wildlife from the balcony, and reading to the sound of the surf next week, we'll be staying home. But, girl, look around. I've got a roof over my head, my little shop is encouraging, I've got 2 shows I'm preparing for, the garden is bountiful. Loved ones send me bouquets of roses, and Joseph and I have plans we're excited about. I'm blessed, and life is surely good. I've got a grip now.
Posted by Laurie at 12:48 PM 3 comments: 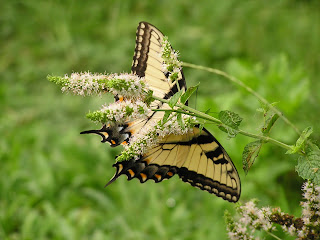 Things are still rather unsettled here, but I'll tell you about one good thing that's happened. Remember how excited I was recently, when someone listed something from my shop in their treasury on etsy? My shop has been open, oh... close to two years. Last Friday, Joseph opened an etsy shop. Lo and behold, within hours, his bell was listed in someone's treasury! That was definitely deserving of a standing ovation! There are a few more days to see Susie Q's review and enter the soap giveaway.
Posted by Laurie at 9:46 AM 1 comment: 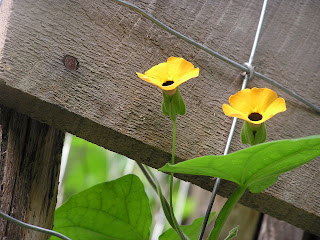 There are several things up in the air right now, here on the homestead, but Joseph and I have some exciting plans underfoot. We're pondering and planning, figuring out what's going to work and what's not. Being flexible and creative are two of our strong suits, which serves us well in interesting times. Wishing you a most wonderful Labor Day holiday! You've got until the 15th to enter my soap giveaway.
Posted by Laurie at 2:20 PM 1 comment: 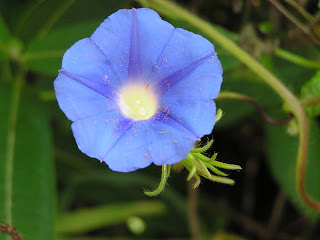 I had to come back and share that my soap made it into an etsy treasury today. Woohoo!
Posted by Laurie at 9:19 AM 2 comments: