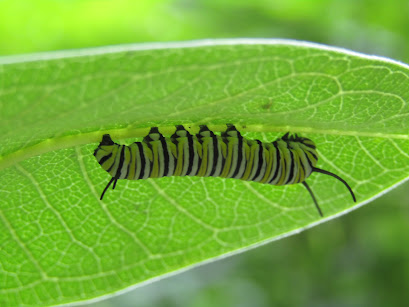 Hello, friends.  Last week, I made green salads using our pears, and made pear vinaigrette for them.  A batch of chanterelle mushrooms was sauteed in ghee and frozen.  I harvested cucumbers, red noodle beans, a few tomatoes and pole beans, an eggplant, pawpaws, pears, figs, apples, peppers and hazelnuts.  I found a watermelon that had started rotting on one end.  When I cut into it,  it was a yellow melon.  Though not fantastic, the heart tasted pretty good, so I saved that for us, and gave the rest to the chickens.  I'm gathering pear recipes, and decided to use some of the bounty as gifts.  I made two batches of low-sugar cranberry pear jam, which perfectly used up all the ripe pears at that time.  I started a jar of fruit scrap vinegar with the skins and cores.  The vinegar I've made in the past has been weak.  This recipe is a bit different, so I'm hoping for better results.  A meals worth of lambs quarter was blanched and frozen. 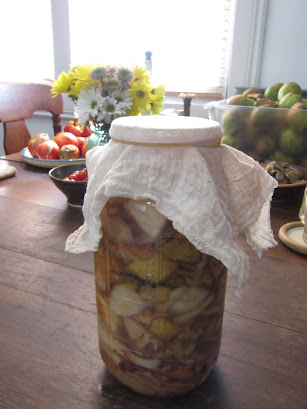 I invited M to dinner one night, and his request was for whatever was fresh, so I made a green bean casserole, sauteed squash with sweet onion and basil, and caprese salad.  The apples are piling up, so I decided to work with some of the smallest ones, many with bad spots.  All that could went through the apple peeler/corer, but many had to be hand peeled.  With this batch, I decided the easiest thing would be to steam them in the Mehu Liisa, to get any juice, then put them through the strainer for applesauce.  There wasn't a lot of juice, only 1/2 pint.  I'll decide next time, if I want to skip that step.  I canned the juice and eight 4 oz. jars of applesauce.  They weren't the best quality apples, and rather bland, so I added lemon juice and honey to perk it up.  I brought the leavings out to the chickens, who scarfed them up.  I shelled some noodle beans for seed, and have them drying in a pan. 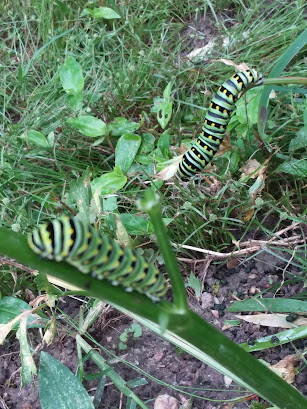 Laundry was hung on the line.  Two items were hand washed, and hung on the line.  After delivering soap, I made quick runs to two nearby thrift stores, and a food co-op in that town.  I didn't get much, but found a rug and a pretty divided file folder for $1 ea., and got a handful of groceries.  After grabbing some lunch at home, I headed to our local community.  I bartered soap for a replacement pump for my soap dispenser, and was given a pot of Korean chives.   Noodle beans and cucumbers were shared with her, as well as another friend, who also was given pawpaws.  It's always nice to share the bounty.  I saw many black swallowtail caterpillars on the celery, and a few more on the carrots.  With over thirty milkweed plants, I only saw two monarch caterpillars.  I hope there will be more. 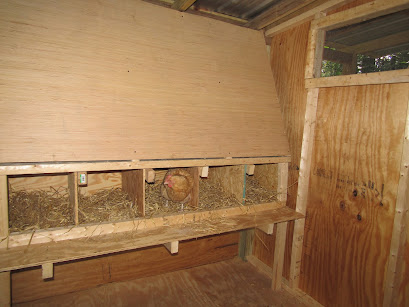 J has been hard at work on the chicken coop addition and renovation.  By Saturday, he had put in the new nest boxes, and torn out the old.  A new roosting pole was in place. It's taking shape very nicely, and should make collecting eggs and clean up much easier.  The girls are taking to it just fine.  Chanterelles and lambs quarter were foraged.  Orders were powder coated on Sunday.  A watermelon was cut up, and the rinds given to the chickens.  A batch of Pumpkin Chai soap was made, using some homegrown pumpkin.  It's beginning to smell like autumn around here, though we've still got temps in the 90's some days this coming week.  Summer hasn't left us yet.    Enjoy these days, friends.

You are loaded with black swallowtails! I'm sure you will end up with more Monarchs, as I found 10 on the front lil' garden on Saturday. If you grow it, they will come! ;0D

All of your food sounds scrumptious. It's wonderful to barter for things, isn't it? Makes you feel like you have something worthy to contribute to someone's life. Love that.

We're getting soaked this morning. I hope it is reaching your garden there.

I did find one more monarch cat last evening. No rain yet, but we're hoping. Things are getting dry here.

The noodle beans, cucumbers & pawpaws were a pleasant treat! We thank you so much! (Saving the low sugar pear jam for a special treat this winter!).

What a productive week you have had! I stopped by a thrift store and found a new shirt for my oldest son for $2.50. I will put it in his closet. The next time he visits he will wear it back home and leave his dirty clothes here. When I wash, I will trash one of his ragged T-shirts. I have never told him what I do and he has never noticed - wonder if he ever misses anything?
Jeannie@GetMeToTheCountry

Ha, that sounds like a pretty good system you've got going there!

Pumpkin Chai soap sounds wonderful! I might need to have a few bars.

Thanks, April. I'm pretty excited about them.

I can fix you up, Michele!