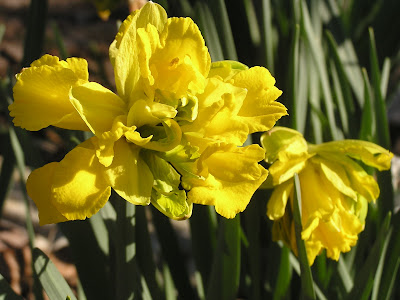 Hello, friends.  It's time to be using up the squash we stored over winter.  I baked the last two spaghetti squash, froze half, and enjoyed the rest sauteed with lambs quarter from the freezer.  At the same time, I baked a cushaw squash, and tried a new brownie recipe that was shared by Diary of a Locavore.  I substituted the cushaw for butternut squash, used bittersweet chips, and used 1/2 cup of whole wheat flour I had ground.  Otherwise, I kept to the recipe, and they were dense and delicious.  Joseph tried them first, and said you'd never know there was squash in them. I agree there's no trace of squash, just a moist and yummy brownie.  If you still have winter squash to use up, you may want to give them a try.  I baked the squash a morning that it snowed several hours.  It was very pretty coming down, but thankfully the ground was too warm for it to stick.  Now that it's spring, I'm ready for winter weather to give way to more springlike weather. 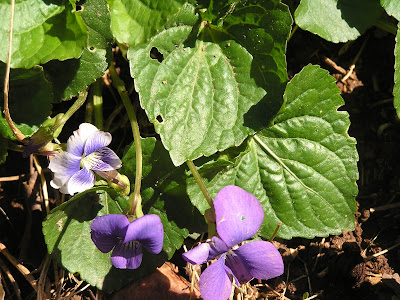 All but one of my winter sown seeds has begun germinating.  The first two asparagus up were nipped by a freeze, but I've harvested a couple more stalks since.  Laundry was done with homemade soap and soap gel, and hung on the line.  Each time I get orders painted, packed and shipped out, more come in.  I'm happy about that, even though it does keep me quite busy.  More soap is being wrapped this week.  Several years ago, I made clay pumice stones, to sell along with my soaps.  They took a while to sell, but I'm down to the last two, and received such a wonderful review of the last one I sold, I decided to make more.  My good friends at Whynot Pottery keep me on track with making them, and fire them in their kiln.  They've been using some new glazes I'm excited to try on the stones.  I picked up books I had requested at the library. 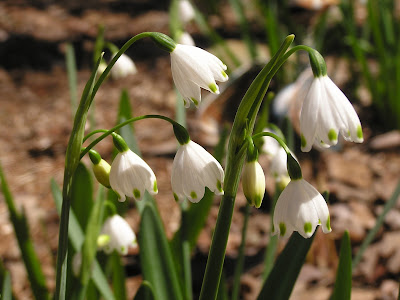 I went through swagbucks for a 3% rebate on supplements, and through ebates for 3% back on a business card purchase.  A $25 amazon gift card was redeemed with swagbucks points.  I brought leftovers for lunch and my water bottle on days I worked at the pottery. My brother and his wife gifted us 3 nut trees (pecan, chestnut and hazelnut) for Christmas, which arrived this week.  We plan to plant them tomorrow. I found a penny on one of my walks.  Eggs were boiled and yogurt was made for the pups.   When I went to a local grocery for mushrooms, they had limes marked down 8/.75, so I bought a pack, and will freeze the juice.  I shopped at a co-op I've belonged to for many years during their anniversary week, and received an extra 20% off produce... organic carrots, celery, potatoes, grape tomatoes & bananas. 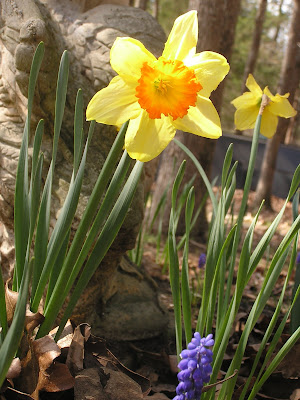 Vegi scraps were either composted or added to the broth bag in the freezer.  Paper and thin cardboard were shredded.  Egg shells were added to a pan in the oven, which when full, will be crushed and added to the compost.  Ziploc bags were washed for reuse.  I took advantage of  a Fedex delivery to send an order out, saving me a trip to town.  We found out we'll be getting a nice refund on our taxes, and will be picking them up in the morning.  The refund will go towards a large and unexpected expense.  Other than that, I look forward to a day to do some catching up at home.  I hope your week is a good one, friends, whether you're spending your days at home or elsewhere.  I'm happy to be joining with Brandy at The Prudent Homemaker.

Look qt all your spring blooms! We are still hunkered down here in Ohio. I have 2 tiny daffodils trying to lit their heads. Your pictures over the last few weeks have been uplifting!