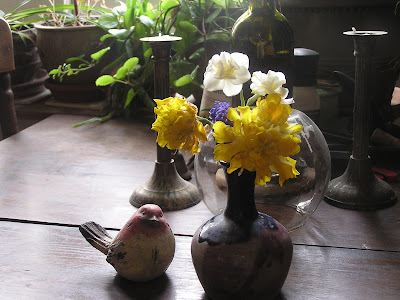 Hello, friends.  J requested pasta with pesto, which I was able to take out of the freezer (the pesto, from last summer's garden), and made a salad to go along.  We used olive oil and vinegar for dressing, the vinegar being a yummy one a friend had gifted us, and made with Italian herbs. While in the hardware store buying paint for our online shop, I picked up a dozen broccoli plants, a six pack each of the two varieties they had, which were planted when I got home.  For a purchase I made online, by going through ebates and using a coupon code, I saved 11%.  As each batch of violets dries, I've gathered more to dry.  I'm not sure how I'll use them yet, whether in an herbal tincture or in bodycare products, maybe both. 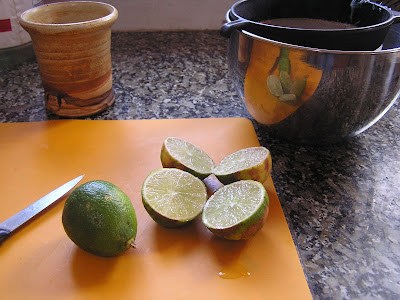 I cut two bouquets for the house, using daffodils, grape hyacinth and regular white hyacinths.  Free tea I was given with a purchase in Knoxville was enjoyed.  Three of our small butternut squash were used in a crumble, my favorite way to use them, which also used our parsley and thyme.  Vegetable and herb bits went into the broth bag in the freezer.  Several hours were spent weeding, concentrating on the mock strawberry that wants to take over.  On a night J was out of town, I took leftover vegi calzone from the freezer, and heated it for dinner.  The limes I bought on sale last week were juiced and frozen.  I tried a new hummus recipe, "Hillbilly Hummus", from the Bean by Bean cookbook.  The flavor was good, but even better a day or two later. 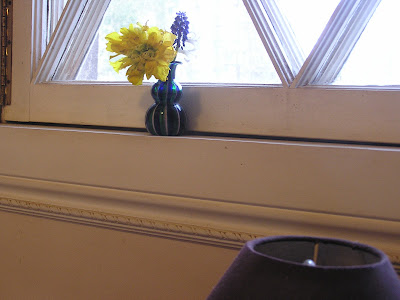 There have been some interesting goings on with magazines lately.  I've been a subscriber to Country Living magazine for decades.  I'd noticed that I would begin getting renewal notices not long after I had renewed for a year.  My subscription was noted to expire on both my magazine labels and their website as Oct. 2018.  I began getting renewal notices last spring, which I thought was mighty early, and they quit sending magazines last fall.  I politely wrote them a letter, with a form they'd sent, showing Oct. 2018 as my expiration date.  Their response, after several weeks, was to send me a renewal form, having changed the expiration date to this month.  No note of any sort, just a renewal form.  Never mind the fact I did not receive the magazines between October and March, that's just wrong.  As much as I love the magazine, I refuse to renew with that kind of customer service.  Onward to the second magazine, which had a nicer outcome.  My sister and her husband bought J a homesteading magazine for Christmas.  After no magazines or correspondence arrived January or February, I wrote them in early March.  Thankfully, there's a way to reach them online.  The email said they'd make it right, and sure enough, a magazine arrived this week.  The cover story this month, Build Your Debt-Free Dream Life, fits right in with a frugal lifestyle. 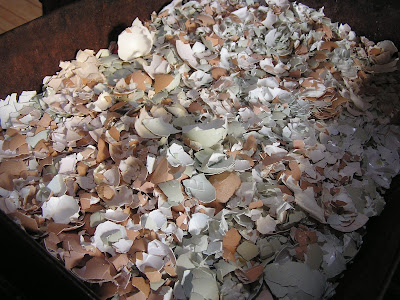 I made suet for the birds and yogurt, and harvested several more spears of asparagus.  We'll soon have enough for a nice "mess".  Egg shells were crushed.  I finally got around to freezing almost three full bags of cranberries.  Previous years, I ended up having to compost them, so I'm considering it a win.  There were soft ones that went to the chickens, but most were saved.  Having followed the deep litter method in the chicken coop this winter, basically piling clean litter on top of the old, which is supposed to keep things warmer, it was quite a task to clean out the coop.  Three wheel barrow fulls went to the compost pile, and the nest boxes and floor got fresh hay, plus some sprigs of spearmint for fragrance.  All of the wintersown containers have begun germinating, which is pretty exciting.  J's birthday falls on Easter this year, so we're off on an adventure, meeting friends for lunch at a winery, then staying at a lovely B&B nearby.  Our friend M is taking care of the homestead.  Wishing you a Happy Easter, a Happy Passover, and a lovely week.

Happy Birthday to J; I am an April Fools baby myself!

I hope your birthday was lovely, Debra!

I think that magazines are struggling these days. I am really surprised that Country Living had such poor customer service. They have been around a long time. I used to subscribe to it years ago.
I hope that you and J had a great weekend get-away! The weather sure was nice.

I expect you're right, Michele. Wouldn't you think they'd practice excellent customer service to hang on to their customers, though?!

Being from Tennessee, I could not resist clicking on "Hillbilly Hummus". After reading the ingredients, I can't possibly imagine what black-eyed peas and peanut butter taste like together! The recipe is saved and I must try this soon.
Jeannie@GetMeToTheCountry.blogspot.com

I hope you like it, Jeannie! I'm thinking it could use a just a bit of pizzazz, though I haven't yet figured out what that might be. Please share if you tweak it any.