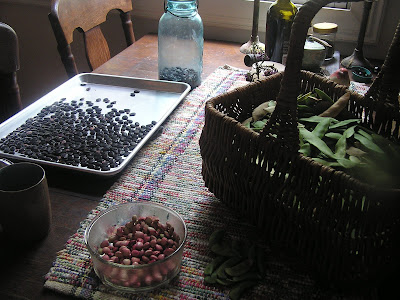 Hello, friends.  I hope you and your loved ones have remained safe through these very challenging times.  If recent events or other reasons have you looking for ways to make the most of what you have, you may want to check out The Prudent Homemaker's site.  There is great information there, as well as many helpful comments from readers.  Last week, I cut a bouquet to enjoy in the house.  After working in town, I ran errands and filled up my car for 8 cents less per gallon than the station closer to home. At Walgreens, I got almonds and cashews on sale, and $2 off 2 Hallmark cards.  From the garden, I harvested tomatoes, eggplant, okra, pawpaws, cucumbers, the last plums, pears, butter peas, and lima beans.  For dinner one night, I sauteed one of our onions in olive oil and cooked fresh lima beans, served with basmati rice and asian cucumbers.  I made a new recipe for pawpaw pineapple bread, which used our eggs.  The recipe called for self-rising flour, which I don't keep, so I made my own (for each cup of flour, add 1 1/2 tsp baking powder & 1/4 tsp salt).  I sent some cake home with J's son.

I shared okra with one of our neighbors, as well as pawpaws, which he was excited about.  He's going to try growing some from the seeds.  I froze celery that needed using.   One of J's clients gifted us two pumpkins that have a lot of character.  They'll be perfect for fall decorating, and then will be eaten.  My co-op recently had organic graham crackers on sale, and I enjoyed some as I did when I was a kid, with a bit of butter and homemade jam on them.  I'm sure others have eaten them this way, but I've never known of anyone.  It was just something my Mom and I liked.  I had a frugal fail, and forgot about the milk while while making yogurt, and it boiled a while.  There was a carton of shelf stable milk that needed using, so I used that for the second round, and kept a closer eye on it that time.  It is runnier than the usual, but the pups eat most of it, and don't seem to mind a bit. 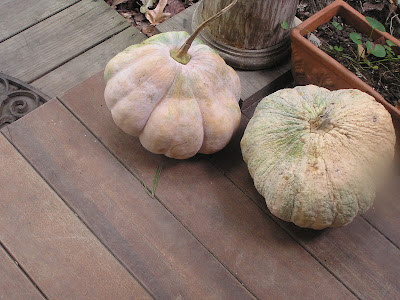 On my walks, I pick up wild grapes I find on the ground.  I've also started picking up the fruits from sourgum trees.  Both are given to the chickens to supplement their diet.  Lima beans were frozen in meal sized bags.  I continued ignoring the repeated requests to renew my Country Living magazine subscription, which is good until Oct. 2018.  Twice in the past, without researching it enough, I renewed far too early.  They begin hounding me 18 months before my subscription expires.  Do they do that to everyone?  I have been a subscriber since the 1980's, and love the magazine, but it amazes me how wasteful they've become, sending out numerous letters, in addition to multiple emails.  I refuse to renew magazines online, as I want to decide if and when to renew, rather than give them the power to do it automatically from here to eternity.  I'm a bit odd, in that I really dislike the phone as a general rule, and I find nowhere to email them, to ask them to stop wasting their money.  So, their letters will continue to go in the trash. 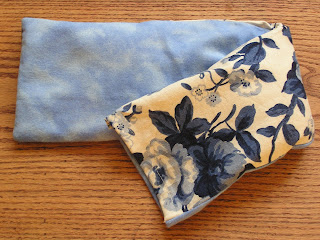 It's looking like we'll have some impact from Hurricane Irma, so we're looking at our preparations.  J checked  the generator and found an issue with the charger.  I'm glad that was found and fixed well in advance.  Though our cistern was filled half way with the last rain, we're holding onto that water until after the storm, as it's easier to pump water from the cistern than our 500 ft. well.  So, in the meantime, we're dealing with the stinky and staining well water.  But, in light of what others are going through, I'm grateful to have it.  A good part of a day was spent sewing, which added a few therapy pillows to the shop.  They are filled with rice and lavender flowers, and can be heated or chilled to bring comfort to those spots that need soothing.  I'm grateful for some sales in my soap shop. 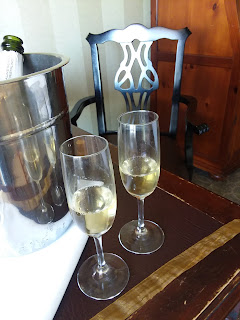 J & I were spoiled royally this weekend.  Though I told my family we didn't need a thing for our wedding, they thought of something very special to do for us, and gave us a getaway night at a very posh hotel in Greensboro.  When we heard the National Folk Festival was going to be there this weekend, we decided that was the perfect time to be in Greensboro.  After checking in on Saturday, we met my brother and his wife at the festival.  There were several stages going at once, with all sorts of world music and dance.  We heard Tibetan throat singing, Chicago blues, Ethiopian jazz, and bluegrass before heading back to the hotel for dinner in the courtyard.  The original plan was to return to the festival on Sunday, but with Hurricane Irma heading in this direction, we decided to return home and take care of some preparations, including taking some trees that were leaning or dying down that were close to the house.  But we thoroughly enjoyed our royal treatment, including champagne and other delectables sent to the room, and a scrumptious breakfast buffet.  Thinking frugally, we brought home all the delectables we hadn't eaten, including two beautiful ribbons they were tied with, and a large sprig of rosemary.  We enjoyed the last of the champagne before checking out, and brought home the complementary magazine and book of short stories.  It's something we'd likely never do for ourselves, but it was a delightful treat.  Wherever you are, friends, I wish you a week of safety, comfort and many blessings.

LOL. I love the ugly pumpkins. They're like the pumpkin's version of a Charlie Brown Christmas tree.

They have character :o)

It looks like you had a great week. I'm glad you could get away.

I like the pumpkins and hope they taste good!

It's good to be queen! (Even if only for a weekend!)

Back in the 80's when my grandmother died, my parents (she lived with them) continued to get her subscription to Readers Digest for something like three more years! Evidently when they sent the renewal, she paid it. She didn't realize that she paying so early.
I wish I had gotten to the folk festival. Looks like you had a great time.

Thanks Becky, it was a lovely get away.

That's very true April. Every so often, it is nice to be queen!

I'm so glad I made it to the festival, Michele. Though it was the last year of the National festival in Greensboro, they are planning to continue it in some manner next year. I'd definitely go again.

Hi Laurie,
I hope you did not get any damage from the storm. I get country living and other magazines free for doing surveys online. Try Googling free magazines. And rewards gold.
It does not take too long.
Blessings,
Patti

I will check it out, Patti. Thanks for commenting!