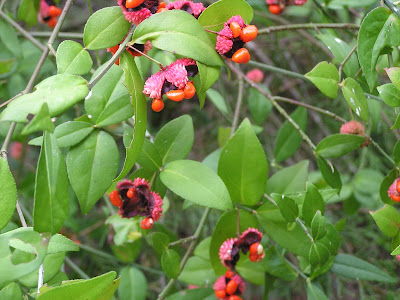 Hello, friends.  On Monday, the rain from tropical storm Irma arrived.  It stayed in the low 60's all day, so I decided to can.  First canned was tromboncino squash.  While it was in the canner, I started the eggplant, which is salted and covered with water before being boiled and canned.  These helped warm the house up, then I added a few ingredients and baked leftover pasta for dinner, which warmed the house a bit more.  I froze bags of okra, and finished filling a gallon bag of vegi scraps with squash and eggplant ends, which will be turned into broth.  I submitted codes to receive points on Purina pet perks.  We've been able to mostly keep our a/c off, running it one cycle in the evening most days, to decrease the humidity as much as the heat, then opening up the house before bedtime. 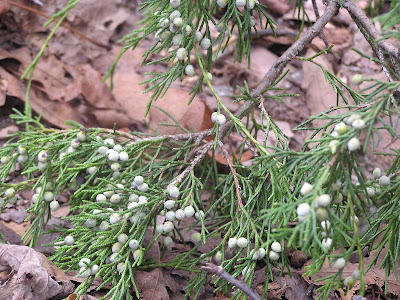 After helping J place firewood pieces in the bucket of the tractor for him to move, I picked up lots of juniper with berries, which I'm gathering for a dyeing experiment.  Unfortunately, one of the trees we cut down came down along one side of the juniper, so it lost several limbs.  The tree cut down was one leaning towards the house, and when we cut it, found it had a weak root on the side opposite the house, which meant that it would have fallen in the direction of the house.  So, I suppose a few limbs on the juniper tree is worth having that risk taken care of.  We put aside the smaller limbs to chip in the future.  With Irma turning more westerly, we only received an inch of rain, and no major wind.  So thankful for the rain we got. 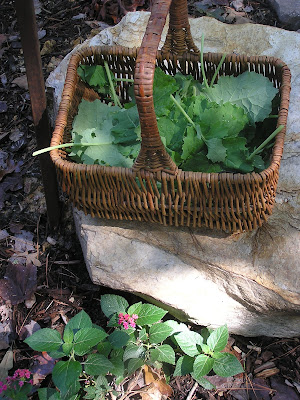 The first kale of the season was gathered, and a kale salad was enjoyed.  After working in town, I borrowed books from the library, and stopped by Staples for some great back to school prices... packs of erasers for .75, composition books for $1, packs of glue sticks for $1, and 2 packing tapes with dispensers for $4.  I was first charged $12.99 for the tape, but looked at the receipt and when I questioned it, got $9 and change back.  It's a good idea to make sure there are no mistakes on charges, but I don't always think to check.  I did not buy any groceries, as we bought groceries while in Greensboro on Sunday.  I brought my stainless water bottle and a snack.  For dinner, I used one of our pears in a pear blue cheese salad, and used our eggs in deviled eggs. 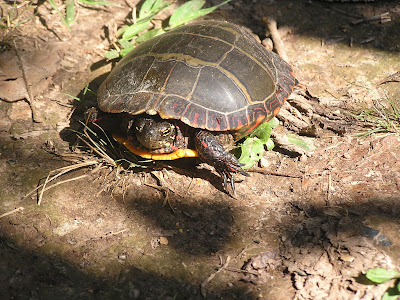 After spotting this Eastern Painted Turtle on my way back from the chicken pen, I gathered my laundry basket and headed to the clothesline, where I saw a Great Blue Heron at the pond.  The dogs took off running towards it at the same time, so I didn't have time to snap a photo.  I found we still had quite a few cabbage and broccoli plants that had been overrun in the pond garden.  I weeded around them, so we'll see how they do.  The sweet potatoes are also in that garden, and a weedy mess, though J has trimmed the weeds with the weed eater several times.  Maybe I'll get to that in the coming week.  Laundry was done with homemade soap, and hung on the line.  I made a new Provencal tomato recipe, which was just OK.  I continue to see hummingbirds at the feeders, which seems later than usual?  Perhaps I've stopped filling the feeders too soon in past years, or maybe I've forgotten.  I had in my head it was closer to Labor Day when I stopped seeing them. 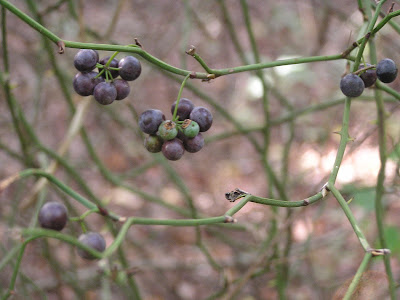 On Thursday, I focused on my bodycare business. I made a batch of Lavender soap, then did photo shoots for shaving mugs, shaving brushes and my newest soap,  At The Forest's Edge.  Photos can always be better, but they're fine for today.   I got the long handled tool my Mom bought me some years ago, and harvested all the pears I could reach.  Though none of the chard seeds have germinated in the garden so far, I noticed one self-seeded chard, which I'll transplant into a bed.   No, I won't, as J mowed it :o(.  Another day, I noticed a lettuce plant in the walkway, and transplanted it into a bed.  So, there's that at least!  For dinner, we had ravioli using our garlic, and a salad using our tomatoes and cucumber. 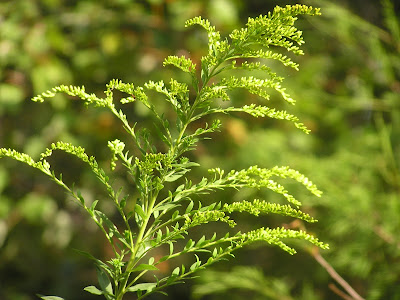 While, picking lima beans, I ran into a saddleback moth caterpillar.  Ouch!  They're quite interesting looking, but pack a bit of a sting.  On Friday, J went to the coast to do some deep sea fishing with his brother.  I had dinner with my sister, picked up a few things at the co-op, and gave myself a facial scrub and mask when I got home.  On Saturday, I started two dye pots, one with eucalyptus leaves and another with sunflower seed hulls.  The eucalyptus pot appears to be imparting a light peach color, and light gray on one of the pieces in the sunflower pot.  I'll check them again tomorrow.  I realized I've not shared my previous dye experiments, so I took some photos and will put up another post with them in the coming week.  An embroidered piece I created some time ago finally got placed in a hoop and listed in my shop.  The transition of seasons has got me feeling creative.  Have you had any creative moments lately?