Up On The Roof and Frugal Accomplishments 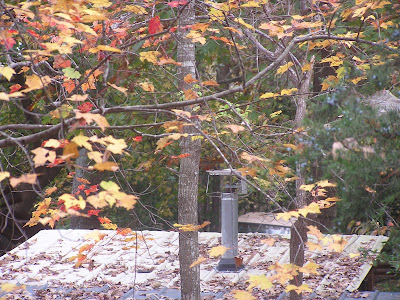 The Prudent Homemaker had a bit of a fall last week, and will likely be a few weeks recovering.  I'm not sure when her next Frugal Accomplishments post will be, but I will continue posting mine.  Shopped at the discount grocery store.  My favorite finds were natural cane sugar for .50/# (after researching, I found this sells for .62/# at Walmart, so not huge savings, but some), 3L tins of olive oil for $7.50 ea, and an herbal supplement that retails for $53.95 for $2!.  I was very happy to find the oil, as my soap making supply of olive oil was running low.  Began culling the imperfect sweet potatoes, and dehydrating them for pup treats.  Colored and trimmed my hair.  Canned eggplant, and added the end bits to the vegi broth bag.  Made yogurt and kefir.  I liked the view while working up on the roof, and snapped a few photos. 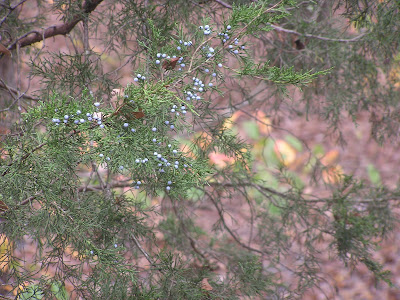 In the past couple of weeks, our young Buff Orpington chickens began laying, so there have been days I've gathered 5 and 6 eggs.  It's been some time since there have been that many.  With that bounty, I made egg salad and tapioca pudding, and gave the pups boiled egg.  J & I have been scattering oats that a neighbor gave us into the chicken yard, the side of the yard they have not been using.  The oats have grown nicely in this fall weather.  The chickens were let into the green side this week, & J scattered oats on the other side.  We're getting some nice rain, so we're hoping they will grow a bit before it gets too cold, giving them more greens to eat. I've also been harvesting imperfect greens in the garden for them, which the caterpillars, cabbage loopers, grasshoppers, etc. have been munching on.  I also gave them any of these critters I found. 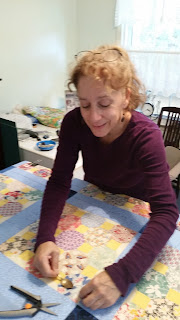 I made some progress on my quilt.  Lois snapped a photo of me "sandwiching" the quilt, which is basting the quilt top, bottom and batting together, so it will stay together when I begin machine quilting it.   The summer & winter linens have been swapped out, as well as summer & winter clothes.  It's nice to have cozy flannel sheets on the bed again.  I did laundry with homemade soap, & hung it on the line.  Chopped and froze a red pepper.  Gave the pups chopped green pepper with their dinner.  I've never been fond of the taste of green peppers, & only like ripe peppers in small doses.  I picked the green one before the first frost hit, so at least it won't be wasted.  Gave the pups the good bits of some tomatoes that are ripening in the house, as well as chopped chard.  I made a Staples purchase for M through Swagbucks, and will get the points toward a gift card.  I saw pomegranates at Aldi's for .59, and am considering getting several this coming week.  They're tasty and so good for you.  What have you done to save time or resources recently?
Posted by Laurie at 6:00 AM

Sorry to hear about your fall. I hope that you heal quickly.

Thanks for your concern, Michele. It was Brandy at The Prudent Homemaker who fell. She's the one behind Frugal Accomplishments. She is doing some posting, such as A Gift A Day, but won't be doing her usual activities for a few weeks.