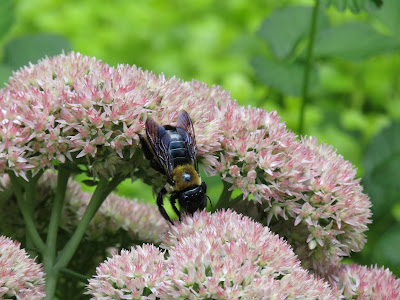 Hello, friends.  Last week, we were given a small bag of hot peppers, which I hope to make into cowboy candy.  I need to review the recipe, to see if there are enough.  Otherwise, I plan to dry them.  At least one of the recipients last year really liked the cowboy candy.  I prepped pawpaws, and got close to 4 more lbs of pulp.  J gave me a dehydrator for my birthday, and I've dried cherry tomatoes so far.  I mentioned last post that I had bought another GF bread to try.  Darn it if it's not another fail, because I didn't read the label at the store.  Though it's GF, it has vinegar, canola oil and corn in it, none of which I can have.  The good news is someone nearby wanted it, as well as the Pamela's pancake & baking mix I got after a recommendation, but then realized it has buttermilk in it, and had already put it in jars and cut up the bag.  I'm very glad these will be used.  They were both quite expensive, with the bread at $7.99 and the baking mix somewhere in the mid $20's.  The stores where they were purchased are 45 minutes away, so passing them on is preferable. 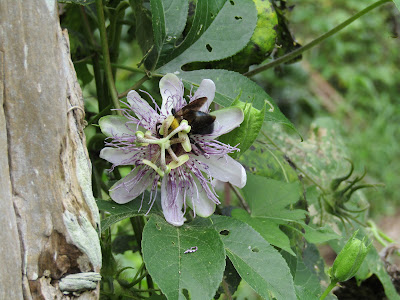 A line from Emma's A simple living journey, "To disagree respectfully seems to be a diminishing art form" brought to mind what I noticed during the pandemic.  It helped give clarity that those I want in my tribe are the ones who are kind and respectful to all, regardless of differing beliefs. I understand that it's likely fear which made people behave the way they did, but I believe our actions are always a choice.  I'm very blessed to know many kind and loving individuals.  It's the kind, loving acts that will change the planet.  Shine your light, dear friends.  It's needed now more than ever. 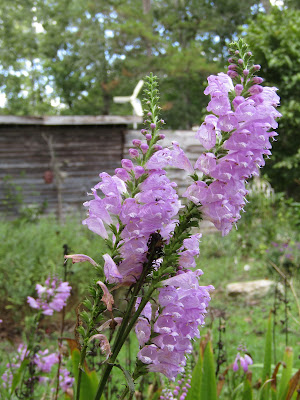 I used our potatoes mashed with mushroom gravy, and made fried sweet potato rounds another night.  Stewed tomatoes were canned.  Tomato sauce was canned for the first time another day.  To use up some of the onions, I made maple onion jam, said to be good on burgers and other meats, grilled cheese, and on charcuterie boards.  This was put in my gift cupboard.  I blanched and froze lambs quarter and cowpeas.  Squash with onions, garlic and tomatoes was made for dinner.  J dug the sweet potatoes.  We harvested more large ones than we ever have, with one weighing over 9# 11 oz.  They'll be good for pies, which J loves.  I tried Stacy's tomato tip  with three of our tomatoes, all different varieties.  It will be interesting to see how it turns out. 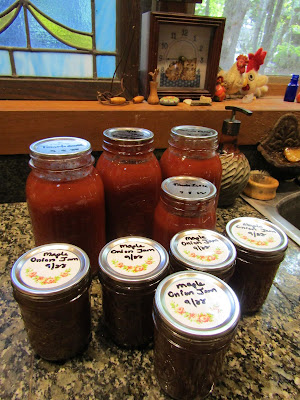 J found a carboy for winemaking on FB Market, which was near my sister, so I was able to visit, and brought her more garden produce.  The carboy has a carrying handle, and was less than half the price of a new one.  Afterwards, I stopped for some groceries.  I held off getting cat food at one store for $19.99, and was happy to find it here for $17.69.  I was hoping to find vegetable shortening for less, but it was $7.99!, so I'll keep looking.  Aldi used to carry it as it got close to the holidays, but who knows if they will this year.  Though I should have checked the receipt before I left the store, I didn't until after I arrived home, and found several errors.  Amazingly, it ended up in my favor.  The last few I've found were not, so I suppose it all evens out.  A $5 reward went towards the purchase, and I earned another $3 reward.  Swagbucks points were redeemed for a $25 gift card. 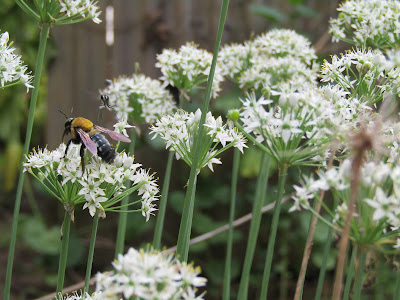 Deer are grazing on the thornless blackberries we planted this spring, and are jumping the garden fence to graze on the sweet potato leaves.  The sweet potato leaves are fine, now that J has dug them.  Though I've been using them in smoothies, I'll share.  The blackberries, however, have had all the leaves stripped from them, which can impact their developing root systems.  He's threatening to harvest one or more deer, if this keeps up.   They've also walked in our fall plantings, which is less than ideal.  I made a batch of golden paste for the pups.  The latest planting of chard, carrots and winter greens are coming up.  The carrots are thin, but I'll take whatever we get.  The late planting of potatoes are finally showing some progress, with two of them growing leaves.  It has been an interesting gardening year, and I won't mind when it's behind us, so I can give my attention to some other things that have been neglected as of late.  I requested several books from the library that have been on my list.  Wishing you a most lovely week.

What a bummer about the GF bread and the pancake mix. Happy to hear someone could use it - very nice of you to pass it along.

I can't believe how much you've received from your pawpaw trees! I wish we had been able to save ours. That's too bad about the deer. It's always a struggle getting fruit and veg before the wildlife, right to the end, isn't it? Yesterday, I walked in the garden to find a chipmunk happily eating THREE tomatoes on the edge of the raised bed. At this point, I'm certainly willing to share tomatoes, but it's been a struggle all season. I had to laugh at how ambitious he/she was.

The maple onion jam sounds delicious! Someone will be very happy to receive that! I just love squash with tomatoes, onions, and garlic. I sometimes add eggplant too. So simple and so good. Our sweet potatoes were planted a little late so we're still waiting to harvest. Do you cut their vines to limit the number of potatoes they produce in order to get larger potatoes? I thought of trying that next year but hadn't decided yet.

I completely agree about the lack of ability to disagree gracefully. It's really too bad. We are all so similar yet so different, and I can't imagine surrounding oneself only with others who think exactly as I do. I don't understand the need to lash out at others, but it seems to be so common these days, particularly on social media.

That chipmunk was a bit of a hog :o). Our three pawpaws were planted around 25 years ago, and produce well, though they're getting to the end of fruit. I need to prep some more today. The sweet potatoes are left to their own devices. We don't trim them. I've added eggplant to the squash mix too, often when I'm making pasta sauce with it all. It is yummy. Yes, I think it would be a very boring world if everyone thought just like me. Celebrate diversity!

That's too bad about the bread. I'm not sure if I shared about Deland bread? It comes from Central Florida, and although it doesn't say "GF", it has no gluten in it. None of the other ingredients you mentioned either. I can send you a picture of the ingredient list if you think you want to try to find it. It doesn't taste like GF bread.

I couldn't agree more with that quote. Unfortunately, folks are becoming less tolerant of other cultures, religious and political beliefs and sexual differences. Or maybe they are just less hesitant to share those things. Fear shows itself in so many ways. But, good grief, what's happened to common decency?

I won't be harvesting sweet potatoes for at least another few weeks. With this morning's cooler temperature of 59, I hope I still have time. They haven't even flowered yet. Well, we'll take what we get and be glad in it. ;0D

Have a wonderful week and enjoy those pollinators!

Thanks for sharing the Deland bread. Though you have shared it before, I'd forgotten the name. But everywhere I've been, I've looked for any different brands than what I've tried, and never found any, except the recent one. I just checked their website, and it looks like there's one store in High Point and one in So. Pines, so there's hope! I'd love a pic of the ingredient list, as there's a pretty long list of things I can't have. I hope you'll see improvement, with the changes you've recently made.

We don't usually harvest our sweet potatoes until just before frost, but last year, they were almost all chewed on by various critters, and when J checked a plant and found such huge ones recently, he decided to harvest, figuring the longer they sat, the more chance they'd be eaten. I hear you on tolerance and decency. I'm thankful for the internet, where we are able join with other like minded folks.

I looked up the cowboy candy recipe and I think I will give it a try this year. We seem to have plenty of jalapenos!

The cowboy candy is supposed to be good with burgers, grilled meats, grilled cheese, and on charcuterie boards, etc. I should ask how my recipients used them.