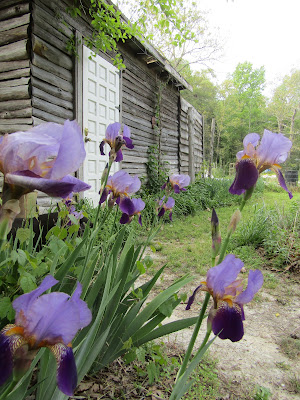 Hello, friends.  Last week, I harvested asparagus most days.  Though I recently started some culinary herbs, I decided to pick up some basil, parsley, and cilantro plants at Lowe's, to get a bit of a head start.  I looked at several containers, to get the most and nicest plants.  Wednesday evening, I covered all the peppers, squash, cucumbers and tomatoes (well, I somehow left out one poor tomato), in anticipation of a frost.  We did get a frost, and another Thursday night.  Our potatoes got "bit", but with over 200 plants up, we knew no way to cover them.  Hopefully, they'll recover, or send up new growth.  It appears that will be the last cold snap.  We should be done with frost at this point, but who knows.  Three books were picked up at the library. 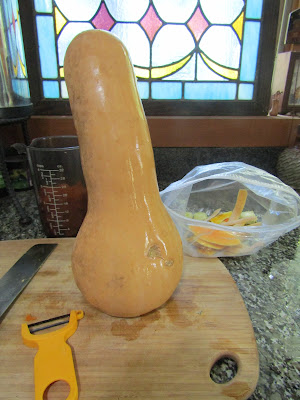 I took advantage of cold weather, and boiled small sweet potatoes for the pups, processed several winter squash (cubed & froze), after putting some aside for a butternut crumble, simmered broth on the woodstove and froze it.  Though I have plenty of broth canned on the shelf, I need some that's unsalted, plus it helped clear a little more room in the freezer.   I used the self-clean cycle on the oven the same day, adding warmth to the house.  My husband prepared areas for sweet potatoes and winter squash, and planted the sweet potatoes.  Right now, I'm juicing every day, and also having a smoothie, so every day or two, the compost is emptied into the bin.  Our paper shredder bit the dust, and I went through Swagbucks to order a new one, for 2% back, and used a $20 reward towards it. 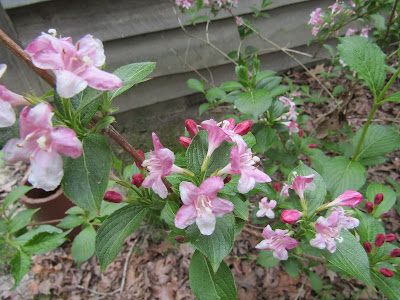 When we recently spoke to one of the technicians at the phone company, due to having an issue after a power outage, he mentioned that we had a very old modem, and  a new, much faster one would add $4.99 to our bill.  We called and asked questions this week, and found with bundling our services, it instead only raised it a couple of dollars, but we got several more perks, including unlimited long distance in the US, which should cancel out the higher cost.  A neighbor gave J just under 3# of raisins, and also a white peach tree of substantial size.  This is the third thing he's gifted him recently, and I'm wondering if it's because J told him he was going to help him get his firewood cut up for next winter.  He's an older man, and not terribly healthy. 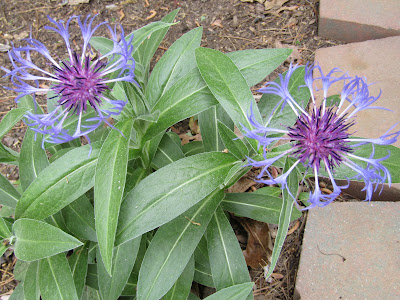 Parsley and thyme were harvested for a recipe, and onions several days.  Dandelion greens were gathered most days, to chop for the pups dinners.  Wild greens were gathered for the chickens.  I earned $5 towards my next shop day at Food Lion.  The peas are flowering.  Plantain and violet leaves were gathered, and dried calendula was used to make a soothing poultice for eczema, from a recipe I saw online.  Unfortunately, too much clay was added to cut down on the moisture, and it was too drying.  The next day, I gathered more plantain and violet leaves, and added them to the mixture, so there was a higher ratio of plant matter.  Even so, I wouldn't say it was soothing, but it was worth a try.  I'm looking forward to seeing the Full Pink Supermoon tonight.  Wishing you a wonderful week.

Hadn't heard about the Pink Moon, so thanks for the heads up!

I hope you get some relief from your skin issues. It certainly does make a difference when we are feeling our best.

I usually don't put my sweet potatoes in until May, when the garlic comes out. I'm growing slips that I hope will be ready. Do you plant slips or the actual potato cut up?

Have a lovely week! The weather looks wonderful!

Thank you. We plant slips. We've grown the slips some years, but bought them this year. They arrived last week, so they needed to get in the ground, just after the last frost.

I sure hope that frost is behind us! So much work to cover things, and bring plants inside. I will also be glad when the pollen is gone. Seems worse this year, or at least it is affecting me more.

Yes it is! Thankfully, my hay fever hasn't kicked in yet. I hope yours gets better.

I recognized the cutter sitting beside the squash...looks exactly like mine. My husband used it for the first time the other day and loved it. He used it (played with it) and shredded a carrot all the way down to nothing. It made a pile of shreds which he put on our salads. I'm fine with him playing if it gets him to working in the kitchen.
Jeannie@GetMeToTheCountry

Ha! I hear you. Don't you love that shredder?