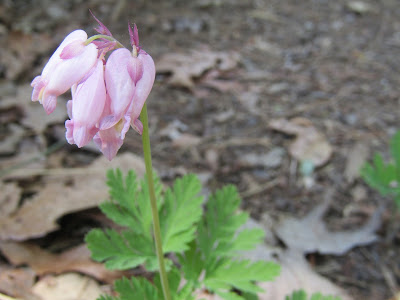 Hello, friends.  Last week, a number of things were planted.  First were butterfly weed seeds planted in the ground, as only three of the wintersown ones germinated.   Dill, parsley and basil seeds were started, and swiss chard seeds were planted in the garden.  Zinnia seeds were planted in a container.  The strawberries and asparagus were fertilized.  Hummus was made for lunches.  Home canned tomatoes and squash, and homegrown rosemary, onion, garlic and basil were used in pasta sauce.  While sweet potatoes were baking for a dinner, I also baked one of our winter squash, which I used the next day in a new to us recipe of Pumpkin and Tomato Bisque.  I had my doubts, but the description convinced us to give it a try, and it was actually quite good.  Lucky for me, the tomato flavor was most pronounced.  We wouldn't have guessed that there was any squash in it.  I'm happy to have another keeper recipe, as both J and I are making some (different) dietary changes which will require new recipes. 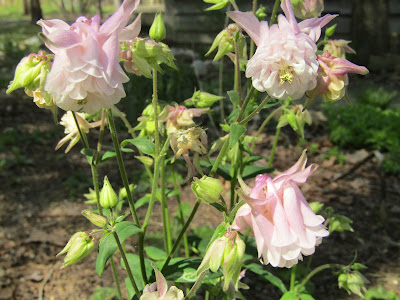 The dogwoods are so lovely blooming around the homestead, along with many flowers.  I've been harvesting onions and parsley throughout the week.  Many of the tromboncino squash are up, as are radishes, and one cucumber.  While emptying the compost crock into the outdoor bin, I was surprised to find a snake when opening the lid.  When I described it to J, he said it was a rat snake, which makes sense, as I have seen mice in there in the past.  I suppose I'm happy for the help.  A neighbor came by, and offered J the use of his dump truck and steer skidder, if he wanted to come and get some wood that had already been cut down.  You can bet he jumped on that, and brought home 5 dump truck loads of trees, which he says is two years worth of wood for us.  He has a whole lot of chain sawing and splitting to do, but what a wonderful blessing.  Another neighbor came by, and gave J a small bag of apples. Honestly, they aren't as nice as the organic ones I've been getting, but I used two in a waldorf salad, and chopped one up for the pups so far.  They won't go to waste. 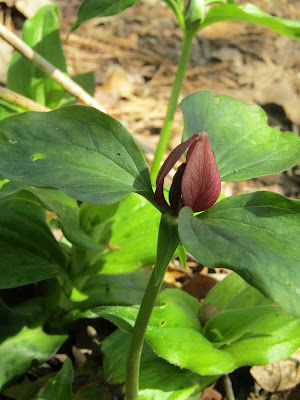 I learned last month that a Harris Teeter I stop at has senior day on Thursdays, which happens to be the day I'm usually nearby once a month.  I stopped again this month, and received 5% off my order, which saved $6.54.  With grocery prices as they are, I'm thankful for this small blessing.  I also picked up a book for .25 at a thrift store that outing.  It's historical fiction, The Orphan Train.  A dinner of our roasted asparagus, a broccoli dish with broccoli that needed using, and leftover sweet potatoes was enjoyed.  On Saturday, another flower bed was weeded after painting orders.  Little by little, I'm getting there, despite still having sleep and health challenges.  J set up two flower beds around the workshop, which required placing wood backs to keep the soil in the bed instead of moving under the shop, chopping some tree roots, and moving soil to place the edging blocks.  I'm hoping to get soil this week, and start planting, after we make it through a couple of nights in the 30's this week.  It's possible we may get one more frost.  Ah, fickle spring.  I can't complain, knowing some folks had snow this past week.

Yes, I'm hoping this will be the last blast of winter, although I've said that twice before this spring. ;0D I am ready to be done with the colder temps.
Sounds like you have a great start to your garden.

I hope your sleep and health issues resolve. Our lives are so much more enjoyable and easier when we are feeling our best. Healing to you, my friend.

Thank you, Daisy. That's so true. I appreciate your healing thoughts.

Ah, fickle spring indeed! We are dropping down to the thirties tonight. What wonderful descriptions of your gardening and growing. You get a lot done in a week.

Sorry my comment came up as unknown. I missed putting in my name. Be well!
Kat

Hi Kat, I hope things fared well there. It looks like we have another frost warning here for tonight. Thanks so much for visiting and commenting.

You made me realize I didn't put up enough food last year. We have run out of green beans, butternut squash, canned tomato sauce, fresh sweet potatoes, strawberries, corn, and potatoes. My son got a job locally and still lives here instead of moving away again so that made a huge difference. Still, I need to plan better. Thanks for triggering my brain.
Jeannie@GetMe ToTheCountry