As 2020 Draws To a Close & Frugal Accomplishments 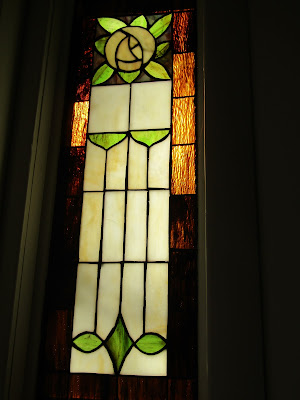 Hello, friends.  One of winter's blessings is noticing how the light moves and changes through the house.  Lentil soup was made for a dinner, and ciabatta rolls pulled from the freezer and warmed.  Our Christmas Day was a quiet one, with just the two of us.  Earlier in the week, I made cookies and candy with my GD and niece.  The honeycomb candy did not come out well, due to my error in following the directions to heat "all" the ingredients in a pot, only to find out the baking soda was to wait until the next step.  It never set up well, though it was edible if you didn't mind the stickiness.  There wasn't time to make another batch, and notes were made on the recipe for the next time.  We were able to view the Christmas star and some lovely holiday lights when taking our GD home.  Cabbage, carrots and dandelion greens were harvested.  Imperfect carrots were cut up for the pups dinners, and the tops added to the broth bag.  Containers of homemade cookies were given to our mail carrier and Fedex driver, as a small token of our appreciation. 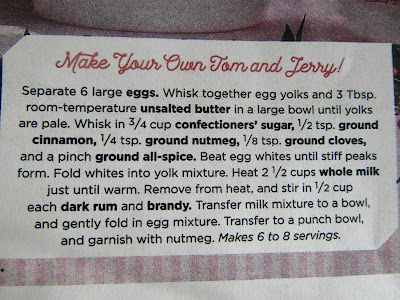 Yogurt was made, and three celery ends were put in a pan of water to regrow.  Oatmeal was enjoyed with our peaches and blueberries a couple of mornings.  Books were requested from the library, including A Quilt For Christmas, which was started on the 23rd and finished Christmas afternoon.  We watched The Bishop's Wife for free via amazon prime on Christmas Eve.  To have with the movie, we tried an old, but new to us drink I'd seen in a recent Country Living magazine, called Tom & Jerry.  It surprisingly used raw eggs, but as we were using our own eggs, I wasn't concerned.  We cut the recipe in thirds, to make enough for us each to have a cup, which was just right.  We both thought it was good, and we'll probably make it again this holiday season.  Pasta Norma was made on Christmas Day, which used our canned tomatoes and eggplant, onions, garlic, and herbs, with the addition of cheese.  A green salad was made, using some of the gifted pomegranate.  Though it was off my radar before watching The Crown, I've come to enjoy watching the Queen's Christmas message, particularly this year's.  I also enjoyed watching the Call The Midwife Christmas special online for free. 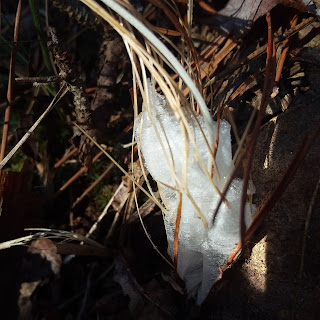 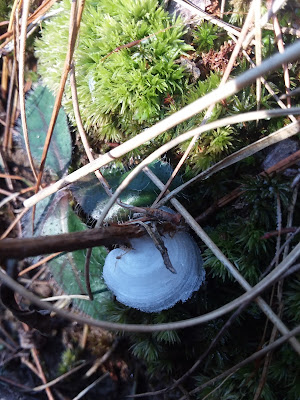 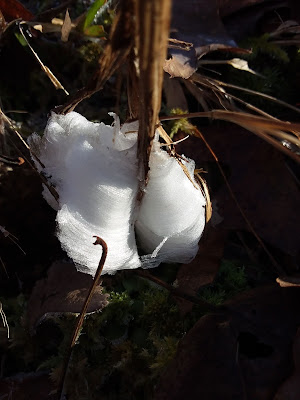 J & I  went around the garden, covering up all that we had coverings for, as it was getting down in the teens Christmas night.  When I harvested collards the next day, they didn't look as though they'd been affected, which is lovely.  That morning, the pups and I walked as usual, though I layered on another wool sweater.  Laundry was hung on the line.  The collards were enjoyed in a saute, with our sweet potatoes and lima beans.   Sunday morning was another morning for frost flowers.  I love having interesting things to look for on my walks, and how those things change throughout the year.  We needed some supplies for the workshop build, and J got his 5% veterans discount for that.  We also ran into Big Lots.  I was hoping to find Christmas cards marked down, but there were none left.  I did find two sweet little reusable boxes marked 50% off, making them .75 ea.  We also did an Aldi's shop, and stocked up on produce, bread, frozen organic corn, and also got a bottle of Prosecco for New Years Eve.  I found pineapple for $1.29, mangoes for .79, brussels sprouts for $1.49, and Cara Cara oranges for $3.99.  As I've yet to find a sale on organic butter, we bought 4 lbs for $4.49 ea., the best price I've seen this year.  We've used quite a bit of butter lately, so this will help restock.  Extra sweet potatoes were baked, and one was used in pancakes on Sunday, with some home ground wheat.  Homemade buttermilk was also used, and a new batch started with the remainder.  Some of our dried crowder peas were placed on the woodstove to cook.  As the year draws to a close, I'm looking forward to ushering in a bright, shiny new year.  Here's to a year of peace, hope, health, and the blessings of the company of loved ones again.

I've been wondering if I'd like the show "Call The Midwife". What do you like about it?

Sending you blessings in the New Year! May it be less eventful than 2020! ;0D

Let's see, there are a number of likeable characters, there's lots of pulling together and compassion displayed. The narration at the beginning and end is always thoughtful, and is taken from the real memoirs of the one the show is built upon. Though it doesn't happen very often, I love the nuns singing/chanting, perhaps because I grew up in a Catholic family. Here's to a light-filled 2021!

Happy New Year!
We also enjoyed a quiet holiday spent with the just the two of us. It was actually a much needed break.
I have enjoyed your photos of frost flowers. Someday I will get out walking early enough to find some.

I've learned I've got to slow down my usual walking pace to find the frost flowers. I hope you find some!