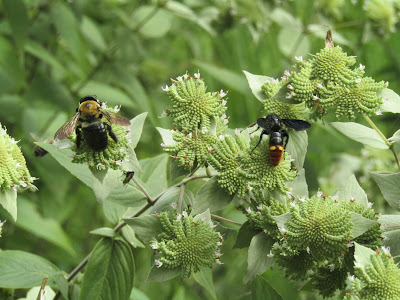 Hello, friends.  Last week, I took advantage of a free 8 x 10 offered by Walgreens.  It happened that my cousin had just sent a scan of our grandparents wedding photo.  I'll be so happy to add it to our family photo gallery.  I pulled off the pillow covers and mattress pad, and washed them with the other linens.  All laundry was hung on the line.  One of the commenters on The Prudent Homemaker gave me the idea to freeze zucchini tots, so I made a quadruple batch, and froze 3 meals worth.  I plan to do it again, as a way to use up some of the squash.  All of our little apples in the crisper, along with one of our pears and several of the free asian pears, were used in an apple tart.  It was a real labor of love, as almost all had pecked or bad spots, but I feel good that they've been made use of.  The pups were given peelings a few nights with their dinner.  Update:  I made the tart using honey for sweetener, and have to go back to the drawing board, as the taste was too strong for our liking. 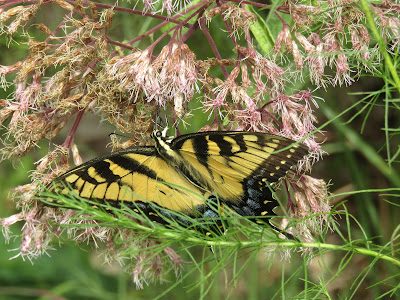 The pollinators have been happy on the mountain mint and Joe Pye weed.  I recently read of goldenrod helping achy muscles.  I gathered some, and followed the recipe to make salve.  If it works, that will be a helpful thing to have on hand.  The chicken coop was cleaned, and mint and lemon balm gathered to freshen it up a bit.  The pups were bathed with homemade soap in the outdoor shower.  I used homemade sweet potato treats to entice them.  After their bath, I made up a half & half vinegar/water solution, and cleaned their ears.  Lemon balm was harvested, and a jar of tincture started.  Basil was harvested, chopped and frozen in cubes with water for winter use. Pasta sauce was made with our tromboncino squash, tomatoes, basil, rosemary and garlic.  I requested a book from the library, and redeemed swagbucks for a $25 amazon GC. 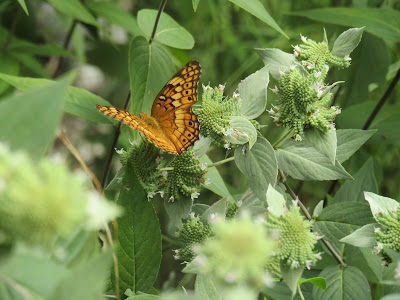 I tried making another round of almond milk, this time a half recipe, as the majority of the first batch went bad, even with dividing and freezing half.  I like to mix things up for meals, so something that only lasts 2 days is a bit problematic.  On my Dr's recommendation, I also removed the skins this time.  I'm hoping that makes a difference in it's perishibility too.  A double batch of hummingbird food was made.  A pair of slippers were repaired.  One of the things I fall short in is fertilizing plants.  Somehow, I don't often get to it.  But this week, I did manage to fertilize a number of plants, some edible, but many flowering.  The heat and humidity drove me back inside, but I hope to get to another round of plants soon.  A neighbor came by while I was harvesting.  I had found the two largest pawpaws we've ever grown, and he loves them, so they went home with him.  The next day, I sent a bag home with him. 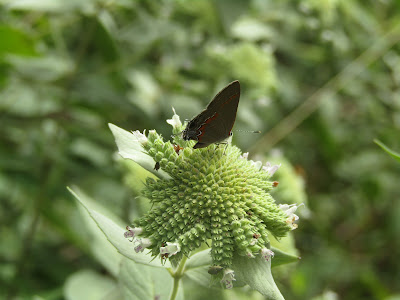 Though my birthday isn't until next week, the celebrating has begun.  I enjoyed a dinner out with family on Saturday, and was gifted a painting and wildflower bouquet from a very sweet little boy (my great nephew).  With a hurricane possibly heading this way in a few days, we harvested all the pears we could reach with a picker.  They filled two 5 gallon buckets.  Now, what to do with all those pears?  I decided to make pear preserves on Sunday, which I plan to give as gifts.    That put a dent in it, but there are lots more.  After canning, I headed to a friend's lake house for the evening.  It's always a treat to relax and look out at the water.  I brought a tromboncino squash and eggs to share.  In just a couple more days, the Pumpkin Chai soap can begin being wrapped.  For all those in the path of Hurricane Dorian, I wish you safety.  Be well, friends.

Another productive week for you. It sounds like you are still able to harvest lots of goodies. How wonderful that you have your homemade soap for so many uses.

My Tromboncini still hasn't produced anything. The vines are spreading and last week it started blooming. At this point, I don't know if it will make anything by our first frost date which is October 15th. Every time you mention using yours, I check on mine in hopes there is something happening.
Jeannie@GetMeToTheCountry

Thanks, Daisy. I do enjoy using homemade soap.

If your tromboncino is blooming, Jeannie, I bet you'll soon have some! It seems like the first few blooms don't produce anything, but by next week, I bet you'll be harvesting. They grow quickly in a few days, like most squash.

I just came in from watering and checking it. Nothing. The garden has gone dormant from lack of rain. I hate when that happens. I pull up a weed and it is dry deep down. No matter how much I water it isn't enough. Maybe we will have a good soaking rain then the squash will burst with fruit!
Jeannie