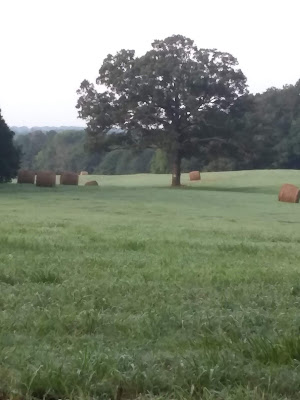 Hello, friends.  Last week, I spotted the first cinnabar chanterelles along our creek bank.  They're pretty small, so I'm going to leave them alone.  I've signed up for a mushroom class in a couple of weeks, and hope to learn a few more to harvest safely.   I got the toaster oven out, and have used it several times in place of the oven, to cut down on heat in the house.  J went to help a neighbor with a piece of farm equipment, and came home with freshly dug red potatoes, and 13 ears of corn.  I used 6 ears for dinner, and froze the other 7 as whole kernels.  I blanched the gallon bag of lima beans, and froze them. 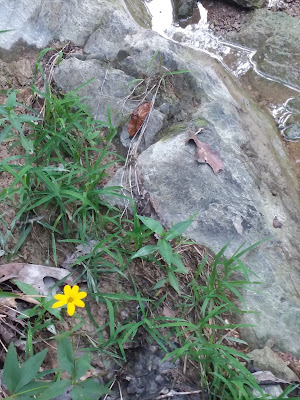 It's something I often forget, but I remembered to log in my walks and weight for balance rewards at Walgreens, which increased my rewards by $2.  Waldorf salad was made with our apples.  The last of the sweet potatoes were boiled.  Leftover corn and lima beans, with cucumbers and tomatoes, made this meal homegrown and local (corn) except for a few minor things.  I harvested thyme, and am drying it for winter use.   The lima bean shells for dye experiment was a fail.  They imparted almost no color to the water, after boiling an hour or more.  They'll make fine compost though.  Pasta sauce was made with our tomatoes and tromboncino, rosemary and basil, and cucumbers and tomatoes went in a salad. 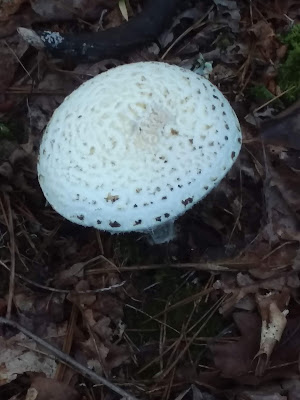 So, I've now tried cleaning the dishwasher both with lemon kool aid, and without.  I can see no benefit to using the kool aid.  It looks exactly the same after it's been run through, and wipes down just the same without it.  I expect results may vary based on your water.  A dinner of our eggplant, green beans, leftover sweet potatoes, tomatoes and cucumbers was enjoyed.  Elderberries were harvested, and a quart of tincture started.  I had a slow day shop sitting at a pottery shop, and was able to wrap three batches of soap, and do a little reading.  Our fall greens were doing well, until flea beetles started attacking them.  They were started in a large metal container on concrete blocks, a long way from the ground, so we were rather surprised to have flea beetles there.  Go figure.

After work on Friday, we picked up our GD, Miss S.  We stopped at one restaurant, and after 20 minutes without any acknowledgement, we left.  At another restaurant, after a long wait, we had dinner.  I thought I might take her to hear live music, with possibly another stop or two on Saturday, but she was adamant that she wanted to stay home and sew.  Who could argue with that?  She made her Mom a heart stuffy from scratch while I mended some items.  She wanted to fix her own breakfast of eggs and cheese, and made a batch of hummus with minimal help. We did a garden harvest, picked a bouquet, and visited the chickens a couple of times.  She enjoyed strewing the cherry tomatoes to them, seeing the young chicks, and collecting eggs.  She helped cut cucumbers for asian cucumbers, and fed the pups.  J worked some more on our solar hot water, and she and I took turns assisting him.

Miss S and I joined another grandmother and GD at the zoo.  She has a membership, which allowed us entry for free.  While the girls had fun in the kid zone, my friend and I were able to catch up a bit while keeping an eye on them.  We all enjoyed a picnic with foods brought from home after visiting a couple of animal exhibits and a carousel ride.  Harvests from the garden include cucumbers, tomatoes, tromboncino squash, green beans, lima beans, a few apples and hazelnuts, a pear, and herbs.  My PC crashed and burned Sunday morning without warning.  I'm looking at refurbished ones to replace it with.  J thinks running the videos on swagbucks probably contributed, so I'm thinking I will stop doing those.  The hardest thing about a new computer will probably be redoing my soap labels.  I did save the earlier ones on a disc, but all the new ones will have to be redone.  Ah well, it could be worse.  Wishing you a beautiful and bountiful week!

Your GD seems to know what she likes. How wonderful that you can spend time sewing together.

Another productive week. I hope you are able to acclimate to the new computer easily. Sometimes that can be a challenge.

Enjoy the week ahead!

I'm feeling a bit overwhelmed by cucumbers and tromboncinos today. I will share what I can today, and probably do some canning later this week. The GD definitely has a mind of her own!