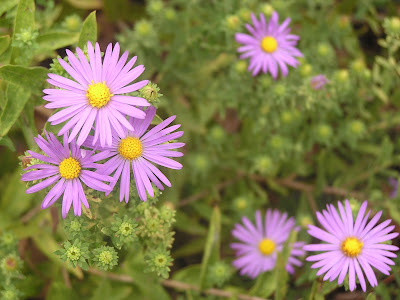 Hello friends.  I hope yours has been a good week.  Last week, our collards and homemade broth were used in collards and rice, and tomatoes, sweet red pepper, the last cucumber, and oregano were used in pasta salad.  Tomatoes and basil were used in caprese salad.  J & I picked several baskets of lima beans that had dried, and more fresh green limas that were shelled.  Though we have all the okra we need, I continue to harvest it, and shared some at Hospice.  When I left Hospice, I headed to the discount grocery, where I found Seventh Generation dishwasher tabs 45/$4.50, 1/2 gal. organic juices $2, organic tomato sauce .50/15 oz, organic apple butter $1/pint, farro $2/lb, Typhoo tea $2, black olives .50 & organic quinoa .50/lb.  I brought my bags to use, and received a discount using my bags at the Lowe's grocery store. 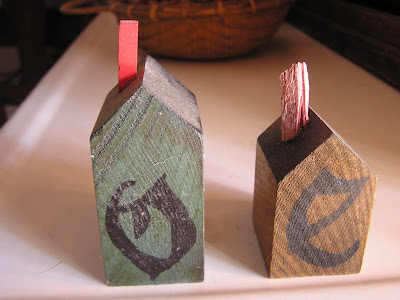 A batch of my holiday soap was made, scented with orange, lemon and spice, which will be ready to wrap on Nov. 1st.  Sometime in the 80's, I painted up these little houses with NOEL on them.  They had chimneys, and one of them had gone missing.  J had recently cut a cedar tree, and I found the perfect little remnant for a chimney.  It just happened to already have the same slope as the roof, so all I had to do was hot glue it on, and it was even a reddish color like the other chimneys.  With the recent four egg days upping our egg numbers, I decided to make egg salad one night.  Eggs were enjoyed for breakfast several other mornings.  A pawpaw cake was pulled from the freezer for J's breakfast and snacks.   There is often a drip from the shower head when we're on rain water, which I've been collecting and using to water plants and refill the pups water bowl. 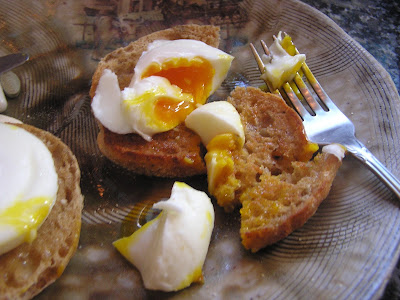 Enough fresh lima beans were kept to try a new soup recipe, and a small bag of beans was frozen for a future meal.  Except for a rare larger one, I'm harvesting cherry and golf ball size tomatoes, and not many of them.  I decided to try freezing them, being there wasn't enough to bother with canning.  If nothing else, I figure I can throw them in soups.  I harvested swiss chard, and made a side dish using our garlic and homemade broth.  Some stems were chopped for the pups dinner, and the rest were added to the vegi broth bag in the freezer.  I picked the lone goji berry, which I halved, so J & I could taste it.  It wasn't wonderful, but it wasn't bad either.  I found another teeny tiny berry on the bush. 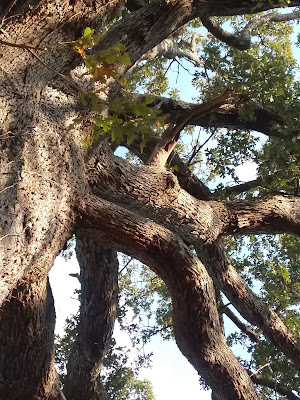 In addition to the tomatoes, I harvested okra and a sweet red pepper, with the okra gifted to a friend.   Several basil leaves were left after I made a caprese salad.  I froze them with a little water.  I took advantage of a $30 off $100 code on Vitacost, and purchased needed supplements, hair care and pantry items, going through swagbucks for an additional 3% cash back.  Bills were paid online, saving stamps.  A new lima bean recipe was tried with our fresh beans and garlic.  Thanks to a can I picked up at the discount store, I had the chipotle peppers in adobo sauce.  I had no idea how I'd use them, and am glad I tried this recipe with just one of the peppers, as that was plenty of heat for us.  I suspect that may mostly be the adobo sauce?  We liked the recipe.  Most of the broth was eaten at that meal, so I served the leftovers over jasmine rice.  Our last pear went into a pear blue cheese salad, along with homemade vinaigrette, to go along with the soup. 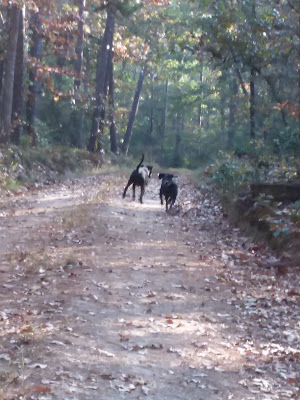 Over the weekend, I made a double batch of pizza dough, and froze the second crust, thanks to inspiration on The Prudent Homemaker.  I made the pizza with homemade sauce using our garlic, oregano and onion, and topped it with red pepper and roasted eggplant from the garden, black olives I opened recently, mushrooms I had canned, and mozzarella.  I harvested kale and made a salad to go along with the pizza.  I had been wanting an old copper boiler to use for firewood in our home.  There was one on craigslist several weeks ago for a decent price.  It was still there this weekend, so I asked if he would take less, and he dropped the price $10 (to $45), so we went to get it.  Holey chard was given to the chickens, and I continue to gather sour gum fruits for them.

The pups and I walked daily, usually a 3+ mile walk in the mornings, and a shorter one in the evening.  This week, the lovely spicy scent of autumn was in the air.  A couple of needed items at Lowes were purchased online with my credit card for 5% discount, and I went through swagbucks for 1% cash back.  One of the things I purchased was Citristrip to strip two posts for the little front porch.  This has been on my list for some time.  My stepson came to help his Dad do some things on Sunday, and he stripped the posts too!  I'm delighted to be able to cross that off my list.  The other  purchase was Rustoleum spray paint.   I painted the garden gate while the posts were being stripped, and helped J with the wood chipper in between coats.   There was a large patch of cockleburs in between the wine grapes, as well as several edges and areas between plants that had been missed being mowed for some time.  I push mowed all these spots, and it all looks so much nicer.   Then I noticed some very tall grass around the pond, so I suppose that will be next.  Many wishes for a peaceful week with some things that bring you joy.