A Pose, Do You Suppose? 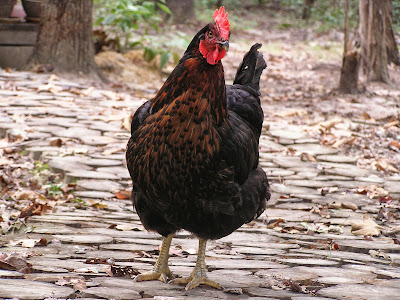 It's been a bit of a whirlwind here, and it's about to get even busier.   Last weekend, Joseph and I headed to Norfolk to meet my Dad and his wife, and tour the USS Wisconsin.  This was the ship my Dad was on during the Korean War.  It was pretty special to see it with him. He'd not seen it in almost 60 years, and as you can tell, was pretty happy to be there.  He was aboard the ship the only time it was bombed, but was working below in the engine room, and thankfully didn't know it had happened. It made a 4 foot hole in one of the upper decks, and injured three men, but didn't stop this massive ship. 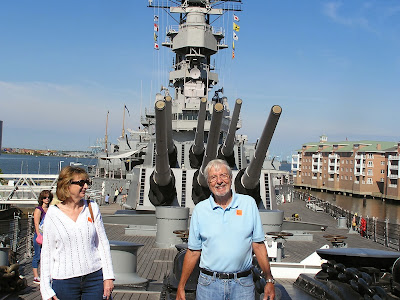 This friendly green snake was outside the shop last week. 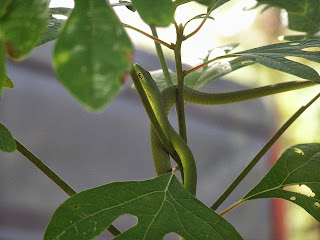 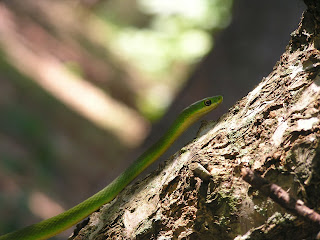 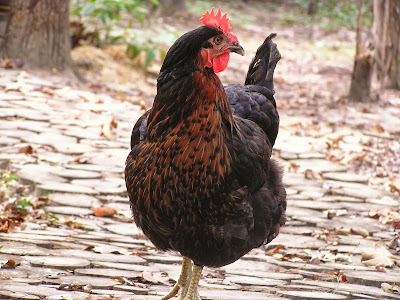 I finished all the welding and metalwork for my glass garden flowers over the weekend, in preparation for next weekend's Fall Festival.  Soap is almost all wrapped... whew!  Joseph and I have taken on part-time jobs.  We're actually doing a job-share.  He's working the largest number of hours, with me backing him up as needed. Of course, as soon as he was committed, custom orders and other work began rolling in for both of us.  I'll begin training this week.  We'll give it a whirl and see how it goes.  I'll visit here as often as I'm able.  Be well, and enjoy your days, my friends!
Posted by Laurie at 5:30 AM

What a great opportunity for your Dad. I am sure he loved sharing it with you.
Good luck with the new job share.

Thanks, Michele, and I hope you're feeling good as new real soon!

What a great trip you all had. I love a good green snake.
I hope to see you soon.

Meredith, yes! Hope to get a breath or two after the Fall Festival.