A New Year, A New Decade 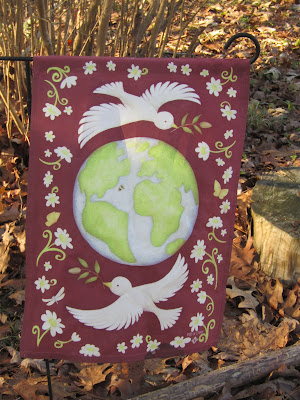 Hello, friends.  Last week, I baked some of our sweet potatoes, and pulled lambs quarter and spaghetti squash from the freezer for a side dish. One of the things J & I had to do last week was empty a building, which was full of things people left.  It truly amazed us what people leave behind.  Quite a bit went to the dump, two vehicles full went to thrift stores, and one tote came home with us, with things we can use or try to sell.  We went by Aldi, and got four .49 avocados, along with a few other things.  A $5 reward was redeemed when buying cards at Walgreens. 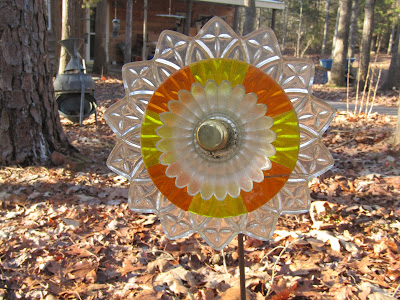 With the new year, we have a bit of catching up to do.  The entire week between Christmas and New Years kept us busy with the unexpected responsibilities.  Now that all of that is taken care of for now, we have 12 orders to create and ship over the next few weeks.  There is a soap order to wrap and deliver, several other batches of soap to wrap, and some to make.   I took New Years day to catch up on a few things, then began focusing on our traditional Southern meal of black eyed peas and rice, collards, and cornbread.  Fresh cornmeal was ground for the bread, and collards were harvested from the garden.  Oregano was harvested, and dried for winter use.

When an out of town appointment kept me away from home most of one day, I pulled some things from the freezer for dinner, including zucchini tots I'd made in the summer.  A load of laundry was hung on the line to dry.  A pan of egg shells was crushed, and added to the compost bin, along with shredded paper and cardboard.  I researched what we might be able to do to keep our chickens safer, after the recent hawk attacks.  We're already doing most of the things, but the chickens have a fairly large yard (~30' x 50'), and I saw an idea about creating a teepee for them to run to when in danger.  J built them a structure, making a closer place to run to, if they're on the far side of the yard, which we believe is where the hawk hangs out.  We're hoping it will keep them safe from swooping hawks. 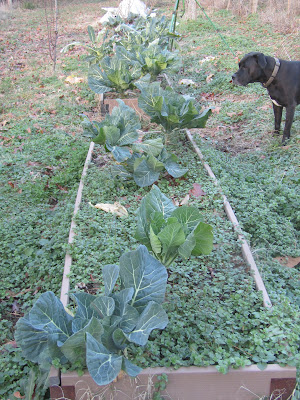 The last time I harvested broccoli, it looked like the next round would be a while yet, but when I went to check them, I was disappointed to see they had started getting slimy in the middle.  It's been quite rainy, so I'm sure that played into it.  I composted the middles, and had a pound of good broccoli left, which I roasted, along with a pan of one of our small pumpkin pieces.  A package of frozen lima beans rounded out the meal, which made for an entire homegrown meal, other than oil, spices and a small amount of onion that went into the beans.  That's always a great feeling.  One of my nieces is getting ready to head back to college, to begin her master's degree.  She and I met at Small B&B cafe for breakfast, where I had to drop off a soap order.  After we ate, we checked out the little folk art museum that is there.  In all the times I've been to Small, I've never seen the museum, as it's only open Saturdays, so that was fun.  We then stopped at a few places, and I found some treasures, including an amaryllis bulb marked down 30%, and two canisters I plan to turn into compost crocks.  J finished making a dozen orders this weekend, and I painted 8 of them on Sunday.  Whew!  I'm looking forward to a slightly slower pace this coming week.  Have a good one, friends.

Hi, Laurie, you've definitely been busy! Hoping for a slower week for you to relax and rest up. Can you tell me how you market your items that you make and sell? Wondering if you do it locally or mostly online.

We had a pleasant week, and I feel like we got some things accomplished!
*I cancelled our Amazon Prime subscription as the online shopping has slowed after the holiday purchases. I also returned an item that didn’t live up to my expectations and received a refund.
*I didn’t give up on a stain in a shirt I like to wear both at home and out and about. It took a couple of tries but finally got it out with Dawn dish soap so now the shirt is back in service.
*Used save chicken bones and organic vegetable scraps from the freezer to make delicious bone broth and then used that for chicken soup.
*Cashed out my Ibotta earnings for a $20 Amazon gift card and also received a $5 credit from Amazon due to bad service with a delivery. I was also able to earn $3 in the Ibotta app by placing my Walmart grocery pickup order through it.
*My husband used free materials to work on the addition to the workshop. We hope to be able to make products to sell as well as possibly do cabinet making from home.
*We accepted the gift of cow manure/old hay that has composted down into a beautiful soil additive for our new garden. I am excited to grow fruit & vegetables this year!
*We updated our budget and set financial goals for this year. We have started January with progress made towards our goal so we hope to maintain and see the improvements throughout the year.
*More on my blog here: https://www.cozyhomemaking.com/frugal-fun-homemaking-for-beginning-of-january-2019/

Hi Jenny, though I do sell some of my soaps locally, at several galleries and to a B&B, I also have an online soap shop as well as our online home goods shop. The home goods are all sold online. I do not pay to advertise. I've tried making and selling lots of things over the years. Most do not sell especially well, but if you're lucky, you find a niche. The things that have done best for me are all useful items, rather than only decorative. I hope that helps.

What an excellent gift, in the manure and hay! Ha, only a gardener would understand! Wishing you a bountiful garden. Thanks for stopping by.

Hey Laurie. Just getting caught up on some blog reading, as I've been down with a cold since the weekend.

Sounds like you've had a productive new year already!
Best to you in 2020!

I hear you. I'm still getting over the airplane/airport crud from three weeks ago. I hope you're better much sooner than that!

Was thinking about you today!