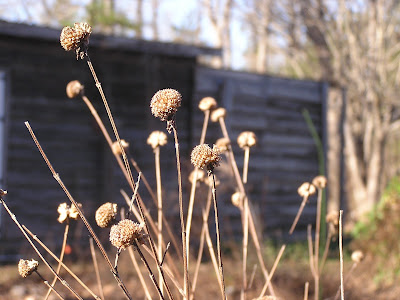 Hello, friends.  Here's to a fresh new year, full of joy, peace and harmony.  On New Years Eve, I cooked two of our bags of okra.  I tried a new recipe for sweet & spicy cauliflower, as I'd recently had some that was wonderful.  This recipe wasn't quite there, but I have two more recipes to try. On New Years Day, I harvested collards, and prepared them along with black eyed peas.  I hadn't ground any corn, so we had sweet potatoes instead of the traditional cornbread. We had a couple of warm days in the upper 60's.  We didn't need heat one night, and opened windows for fresh air.  While the wood stove was cooled off, J took advantage, and cleaned it and the stovepipe out.  I had gone to Big Lots with a $10 off $50 coupon, hoping to stock up on olive oil for soap making.  They did not have what I needed, so I bought one bottle of olive oil and a jar of olives.  I went across the road to Aldi's, and got a better deal on olive oil.  I typically buy tins of olive oil, but have not found any sales this year, and used up all I had stocked up. 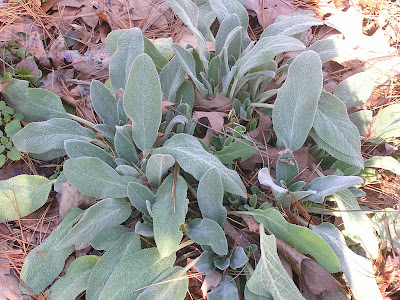 Laundry was dried on the line.  Hand washed clothing was caught up, and hung on the line.  Needing to replenish a supplement, I took advantage of a 15% off sale, and went through ebates for an additional 6%.  I made lentil soup, using one of the jars of lentils I recently canned.  Salad was made to go along, as well as bread, which used the last of the wheat I had ground.  The bread was an oops, as J is trying some changes to relieve his allergies, and yeast is a no no right now.  It's a little interesting, with the dietary changes we're both trying to adhere to, but hopefully, it will be worth it in the long run.  All veggie scraps were added to the broth bag.  I used the wood stove to help melt oils for soap making, and to make suet for the birds.  I received an offer on amazon to do a review of an item I recently purchased, for a $3 gift card.  I received the GC the next day.  I'm missing points on swagbucks, and wrote them again, at the 90 day mark, as they requested.  Hopefully, the third time will be the charm.

As of Saturday night we still have not taken down our tree.  The house needs some serious love, which I'll hopefully get to in the coming days.  Last week, I did manage to mend several items, paint an order, get holes drilled in a canister lid, photos taken, and listed in my shop.  I worked on three ebay orders,vintage/antique items from my friends.  On Friday, I cleaned them up, did research, and measured them.  On Saturday, I took photos.  On Sunday, I hope to find perfect boxes to estimate shipping, and get them listed.  We took our GD out for dinner Friday night, as her b'day was Saturday.  It was a nice evening, though wasn't frugal except for the dessert they gave her.  On Saturday, I made pasta for dinner, with homemade pesto I had frozen last summer.  In rummaging through the freezer, I found a bag of rolls from 2016 that I originally bought marked down. On top of that, the bag had split, so I decided it would be best for the chickens.  They're loving it.  If you've never seen chickens run for bread, it's pretty hilarious.

I got the ebay items listed.  We continue to get orders in our shop, and J is working on a project to make our products even better, and make the painting easier on me, not to mention healthier than many coats of spray paint.  I'll share more when it's in place.  I made bread, started in the bread machine and cooked in the oven.  The maitake tincture was ready, so I strained it, and added the frozen mushroom decoction to make some powerful medicine.  It came right on time, as I've been fighting some respiratory stuff.  I requested a free sample of stevia.  I finally took the tree down, then J helped me put Christmas in the attic.  For some reason, this year was more chaotic than usual, and though I intended to decorate, not much more than our card holder and a pillow made it out of the boxes.  But, there the boxes sat ever since, adding to the chaos that comes with the holidays.  I feel like I can breathe in my studio again, now that it's all back in the attic.  I learned not to leave the boxes in the house through the holidays again.  Now to get the rest of the house in order.  Have a great week, friends.

I always feel better after I get the Christmas things put away. I'm glad you got yours done, too!

The biggest thing I'm doing this month is working on emptying out some items from my freezer, canning cupboards and pantry. It isn't a lofty goal, but feels really good to use things I worked so hard to gather. I'm making progress daily, as we eat daily:) :). So, it's a feel-good goal.

I'm trying to do the same, Becky!