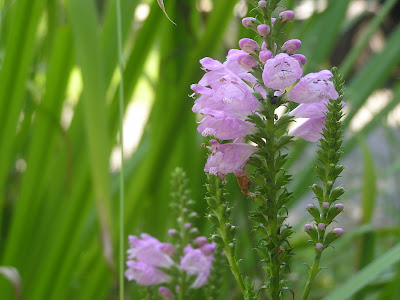 Hello, friends.  I tried two new recipes on Monday, and both were keepers. It's nice when that happens, because let's face it, cooking from scratch takes some work.  The pawpaw recipe on Sunday was good, but J has come to the conclusion that cooked pawpaws do not agree with him.  He does fine with it raw in a fruit salad, but not so well with it baked in a pudding (think persimmon pudding, but with pawpaws).  I froze the remainder, then shared all of it with several friends.  The keeper recipes were lemon rice salad, shared by Susan Branch, and zucchini gratin, and I'm sorry to say I can't tell where it came from, other than it was adapted from a recipe from Just A Pinch, and the recipe I used was doubled.  I used tromboncino in place of zucchini.  The tromboncino seem to be winding down now, with just a few manageable ones ripening a week.  We're letting one mature, to save seed.  The latest kale planting is germinating well, and there are a few sprinklings of carrots and lettuce coming up. 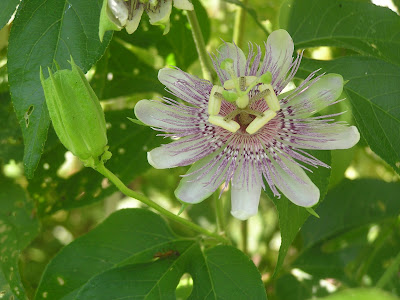 I gathered just about all that's left of the plums, and made asian plum sauce.  As it ended up being only a 4 oz. jar's worth, I decided not to can it, but keep it in the fridge.  A large basket of lima beans, both dried and fresh were picked one evening.  I decided to take the beans with me to the hair salon the next day, as I  knew I'd be there a few hours.  I expected to be laughed at, but it turns out a woman there ended up shelling more than I did.  The hair salon is a tiny place, with no nails done, and no perms, so not a smelly place to bring food.  I haven't done a hair update in a while.  I suppose I'm still not ready to go gray, as I'm still using Hairprint.  To solve the issue of roots quickly showing up, someone near and dear to me, who is beautiful inside and out, shared that she uses root touch up.  I found a natural one I like, so have started doing that too.  Ah, vanity! 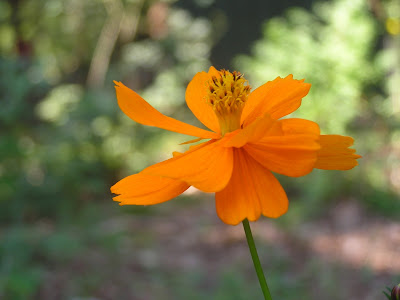 Pawpaws were shared with several friends during the week.   A "free" box was brought up to our little community store, and someone else picked up a box to share at the local animal shelter thrift store.  There are so many ripening, if J can't eat them cooked, that seems the best choice.  It makes me happy that everyone who has tried pawpaws this year has loved them, whereas a few years ago, nobody seemed to like them at all.  If I haven't mentioned before, they've been shown to have some serious anti-cancer properties, so a good fruit to have around.  I brought three beauty berry bushes J dug up to someone who had requested some.  The birds scatter the berries all over, so we have no shortage of seedlings.  I tried a new eggplant dish, called Poor Little Eggplants.  The dish was rather tough that night, but lots better when reheated with some water as leftovers.  I've been enjoying library books, and requested another.  A 40% photo coupon was used from Walgreens, with the cost of a 4 x 6 print at .20. 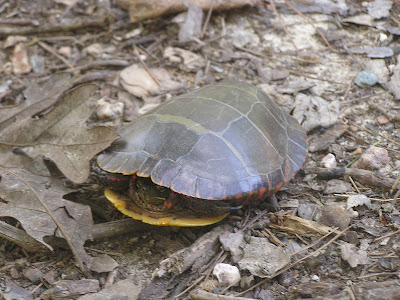 I passed McNibs one day outside, and noticed an Eastern Painted turtle just a few feet away.   That's the species that laid eggs near the pond earlier this year.  I wonder if we will see many more of them next year.  Yogurt and hummingbird food were made.  Laundry was done with homemade soap, and hung on the line.  Homemade soap and deodorant were used each day.  Composting, shredding paper and cardboard, and washing out plastic bags for reuse happened too.  I received a $10 off $50 coupon from Tractor Supply, and used it to buy chicken feed and dog food.  The three young roosters were offered free on my fb page, as well as craigslist.  A woman came and got all three on Sunday.  It's amazing how much calmer the chicken yard is without the overabundance of young male hormones.  I will say, I don't enjoy craigslist, with the multitude of messages, and people promising to come, but who never show up.  But in this case, it did serve its purpose, giving us three less mouths to feed and significantly less chaos in the flock. 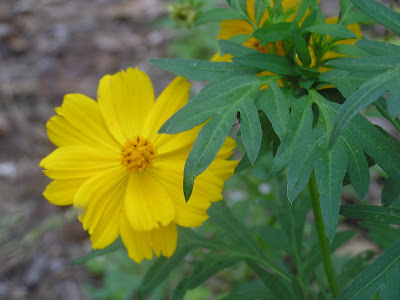 My online shops have continued to receive orders and positive reviews, of which I'm most appreciative.  I worked on painting four orders, and made two batches of soap last week.  There were also two local soap sales, a very nice surprise.  I enjoyed meeting my stepmom for lunch one day, then went to my co-op while I was in that town.  I bought a few needed things, including NC apples for .99#.   A canister was found at a new thrift store.  This weekend, I turned it into a compost crock, took photos, and listed it in my shop.   Pasta salad was made using our cherry tomatoes, basil, oregano and home canned olives.  The pups get a few cherry tomatoes with their dinner each night, and usually some pear pieces from ones that have developed a brown spot.  J made us delicious cheese biscuits for Sunday breakfast.  He'd talked about them recently, and I'd never had them, so was delighted he made them.   On the chance that someone reading has pawpaws to work with, I wanted to share this parfait recipe, which we both thought was yummy.  I substituted our blueberries for raspberries, Sucanat for powdered sugar, added a little homemade vanilla, but otherwise followed directions :o).  Happy Labor Day!

Eggplant is one of the few things that has done well in our garden this year... and Jeff doesn't like it! I have frozen what I can't eat and will enjoy it this winter.

Same with us, Michele... eggplant, pawpaws, and tromboncino squash had a good run this year. And cucumbers early on. I bet you'll enjoy that eggplant.

Absolutely love the turtle photo (I'm catching up on your blog)!