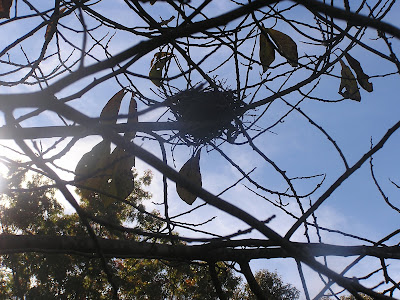 Hello friends.  Several days working at an occasional job, as well as working at the annual Celebration of Seagrove Potters through the weekend made for a busy week.  I managed to prepare Pasta Norma one night and several salads with our veggies and herbs.  Homemade soap washed our laundry, which was dried on the line.  We've needed very little in the way of groceries, so a minimal amount of things were bought.  I dropped off 2 buckets at the coffee shop early in the week, and picked them up filled with grounds several days later, which will make nice compost.  A batch of vanilla was recently bottled, so I picked up some brandy while in town, and started a new batch. 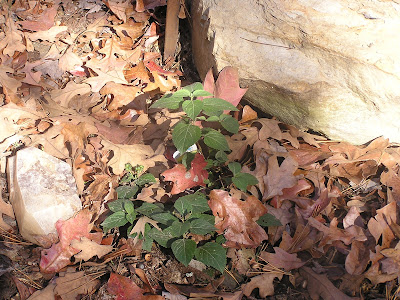 I'm still surprised by the dearth of eggs from the hens.  A very good day is 2 eggs, and more often, there are none or one.  There are a lot of feathers in the coop, so I know some are molting, but sheesh, it's been a long time since we've had a decent amount of eggs.  They do have layer pellets always available, get a small amount of grains in the morning, as well as fresh greens most days.  In the 20 years I've had chickens, I've not had such a non-laying bunch.  Our young hens could start laying in December, but I'm betting with it being the darkest time of the year, they'll wait until the days lengthen some.  Maybe the group is taking advantage of my vegetarian nature :o).  I enjoyed a boiled egg with toast one morning for breakfast. 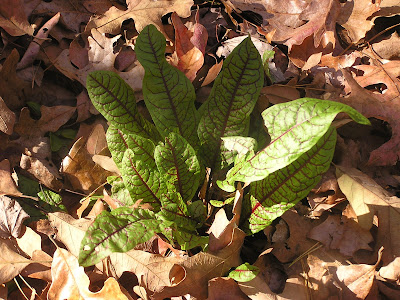 The Celebration was great fun to be involved in over the weekend.  I sold some soap at the pottery shop on Saturday, and had two online sales that day too.  There was one purchase made over the weekend, which showed great restraint on my part, and the purchase was one I needed.  The kitchen soap dispenser broke recently.  I had just changed the broken pump for a new one, and replaced the cork stopper with a rubber one.  I don't know if it wasn't working properly and let the pressure build up, but one day while Joseph was pumping it, a hunk on the side just popped out.  I found one at the show that matches perfectly.   I already had a sponge holder made by the same potter, and I think the siblings are happy together :o).  A yummy lunch was provided on Saturday, and pieces of banana bread and pound cake were sent home with me.  So good with tea! 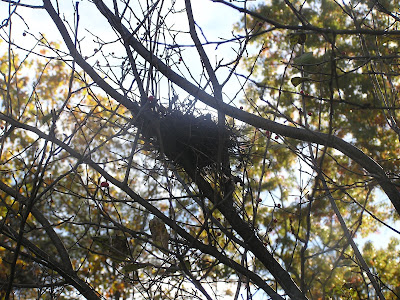 Friends came by the Celebration on Sunday, and gifted me several Christmas cactus and aloe plants.  They had the cacti in every color, so it will be a surprise to see what color(s) I end up with.  I used our cabbage to make cabbage and noodles for dinner one night, and cut up a few of the last ripening tomatoes to go with it.   Now that the leaves are falling,  I'm enjoying finding the bird nests in our orchard.   One of these is made with pine straw, the other with twigs.  I brought home a large bag of shredded paper last week, and used some of it to line nest boxes for the chickens.  Mint was gathered, and added to the nest boxes as well.  Wishing a lovely Thanksgiving to all who celebrate.

Your post is full of smiles. Happy Thanksgiving, Laurie!