A Profusion of Purple & Frugal Accomplishments 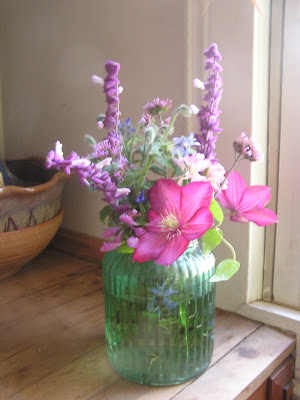 Hello, friends.  The picking of the tender vegetables inspired some meals.  I cooked the last of the okra, along with some of our home canned crowder peas and sauteed collards.  Being we hadn't had a frost yet,  J suggested I put the collards in the freezer for a half hour or so, and we do think they sweetened up a bit.  Disappointed with the rutabagas we're growing, I bought one in the local grocery store, and cooked it up with some of our potatoes.  In the mood for something sweet, I baked a batch of brownies, which used our eggs, homemade vanilla and pantry items.  Late in the week, we did have our first freeze.  Before it, I picked a bouquet, and took photos of all the blooms I saw, in case I might need to look at them before there are blooms again.  I hope you enjoy them. 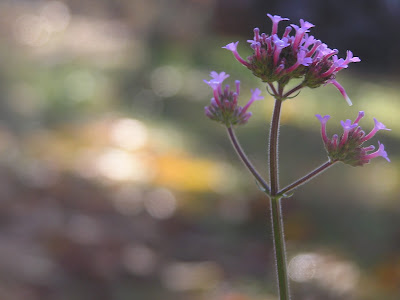 Warm and cold weather clothes and sheets were switched out.  This is crunch time for holiday soap making, so I've been making batches of soap.  They'll have just enough curing time to be ready for an annual show I do the first weekend in December.  On a gray, drizzly day, I made a pot of vegetable soup.  The majority of the veggies were grown here, with a little bit of store bought thrown in.  Some leftover okra, collards, crowder peas, potatoes & rutabagas went into the pot, along with canned and fresh homegrown vegi's.  For one breakfast, I scrambled our eggs with a few small tomatoes.  I've been trying to use up the pumpkin butter I made for the hayride.   I've added it to my oatmeal, and enjoyed it on toast.  Another day, I added a bit of vanilla and coconut palm sugar to my homemade yogurt, spooned on some pumpkin butter, added pecans and homemade granola.  This was good!  I used a promo code to get 10% off a Christmas gift. 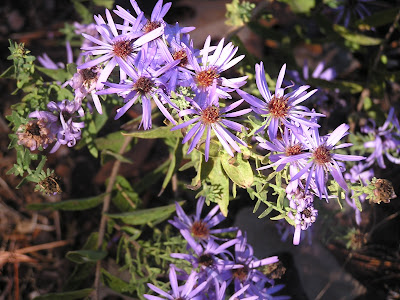 Laundry was done with homemade soap, on a drizzly day, because hampers were full, so two loads went into the dryer with a large wool dryer ball, instead of hanging them outdoors.  I'm thankful to have a dryer to use when needed.  Water collected from the bathtub leak and warm up water was used in the washer, as well as being used other times to top off the humidifier on the woodstove and the pups water bowl.  I visited a friend, and we went to Aldi's & a new Lidl store (similar to Aldi's).  Aldi's price on produce was better,  I got pomegranates for .69 and cranberries for .69.  They also had walnuts for 4.49/lb, which I thought was a good price.  Lidl had organic butter for 4.89, which is the cheapest I've seen this year, so I got two to add to the freezer.  My friend gifted me with a dozen eggs, two types of homemade bread, and a tart pan.  We'd been talking about a particular German dessert my husband was wanting, and I can use the pan for this.  My husband was stationed in Germany in the military, and he gave me a wish list when I went to Lidl's.  I found a few of the bakery items he requested, which pleased him, and which we both enjoyed.  I brought collards, rutabaga & lettuce to share.

After the rain, I was able to hang a load of laundry on the line.  With a hard freeze predicted, I spent a good part of Friday in the garden, harvesting any remaining tender produce.  There was more than I thought.  I picked almost 5 gals of lima beans, plus a small amount of butter peas.  There were also several small eggplant, peppers and a tromboncino squash.  I harvested a basket of swiss chard, some dill, oregano, 4 goji berries, and a small amount of potatoes.  I transplanted the celery (grown from a grocery store end) in with the lettuce, and covered it all for the cold temps.  The chickens got ugly chard leaves, and a few tiny tomatoes.  Eggplant cubes were roasted and frozen, to enjoy on pizzas and such. 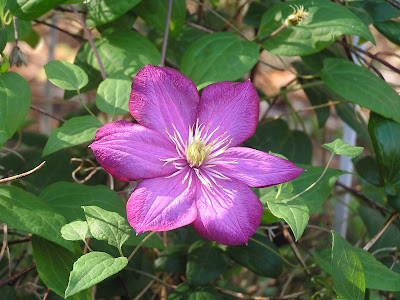 On Saturday, I met a friend at a local pottery.  They were having an event that included hearth cooking, dyeing with plants, blacksmithing & weaving on a loom.  I found it very interesting.  They were doing a lot of cooking, but we didn't stay long enough to sample anything.  The woman who was dyeing spoke with us for a bit, and I learned a little more about dyeing with lichens.  I purchased a hook from the blacksmith, as well as a glass garden cloche made in Williamsburg.  I love living in this area, where the old time crafts are still practiced.  Though the blacksmith did discount the hook $2 for some reason, the purchases were not especially frugal.  I know if these artisans are to make a living here, they need people to support their work.  Investing in this community and handmade products are things that are very worthwhile to me.  I shared some lima beans. 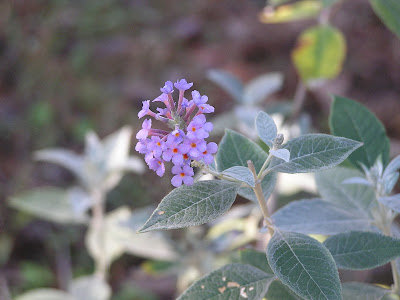 On Sunday, I blanched and froze several meals worth of lima beans, and also blanched and froze strips of sweet red peppers.  J pickled a quart jar of green peppers, and he and I vacuum sealed the walnuts into pint jars.  A purchase of supplements was bought through ebates and with a 15% off promo code.  This coming weekend will be the annual Seagrove Celebration.  I'll be working Fri-Sun at a couple of venues helping with this.  I also agreed to work 7 mornings at one of my occasional jobs, basically every day I wasn't taking someone to an appointment or was otherwise committed between now and the end of the month.  Now where did I leave my roller skates?  I think I may need them.  Be well, friends.

It was so good to be with you! I enjoy those purple flowers...

I'm so glad you suggested it, and also glad J had something he needed to do out of town, which gave us a break in our projects, and a little time to play.

I have been curious about Lidl. I believe the one in Rockingham recently opened. We were there for Jeff's family last week, but had no time to check it out.

I'd go back, Michele. I'll take more time to look, as it was quite a rush this time.

Hi, Laurie,
I’m curious about the dryer balls. I just looked at some this afternoon. They were packaged five to a bag. Would one be enough for a load? I thought you would need two/three for each. I didn’t buy any as they were out of my price range. I was thinking they would be a nice gift for my three children. But, I was figuring that 2/3 ratio, not one. Thanks for any help!
Debbie

Hi Debbie- I have used one or two of the dryer balls at a time. I've known people that use several. The one I use now is quite large, and it does seem to make a difference. They're very easy to make, & inexpensive/free if you have wool. There are tutorials online. I've actually deconstructed a sweater with thick, nubby wool to make some, including this one. Wool roving felts the easiest, next best is a nubby wool, and last is wool yarn. It takes many times through the washer/dryer to felt the yarn ones. I hope that helps!

Thank you! I never thought about using old clothes. That would be a great gift for next year. So excited!
Debbie