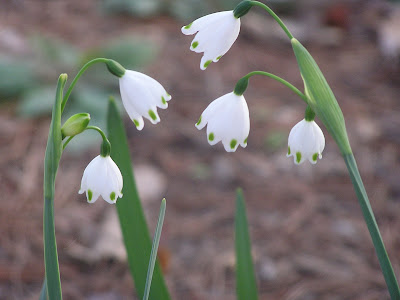 Hello friends.  Like much of the country, we've been having unseasonable weather.  There have been days without any heat, windows opened wide, and peaches and pears beginning to blossom.  It's supposed to get down to 31 tonight, though, and I fear we'll have a repeat of last year before spring is here, with little fruit to survive.  Last year, it was lows in the 20's that killed everything.  I'm hoping we won't get lower than 30, and all will be well.  It's been breezy and downright windy at times, which has helped in finding several more tufts of usnea to add to the tincture jar.  For the past several weeks, I've been lighting a candle when we eat dinner.  Between it and the twinkly lights in the room, it's enough light without using the fixture over the table.  I'm happy to be joining in with Brandy's Frugal Accomplishments today.

Eggs were boiled, and the shells saved for compost.  Bread ends are drying in a pan for bread crumbs.  Sweet potato pie and sweet potato pound cake were made using leftover sweet potatoes, homemade vanilla, and our eggs.  I'd been intending to make up a batch of egg rolls, and did so this week.  The handwritten recipe I'd been using for years was in a large pile of recipes.  Not wanting to search, I tried a new one, which wasn't quite as good.  I substituted a few leaves of kale and collards, and a small amount of broccoli for the broccoli slaw called for, and used our eggs in fried rice.  I froze two bags of egg rolls for future meals.  Yogurt, kefir and suet were made.  Jars of jasmine rice, pecans and coconut flour were vacuum sealed. 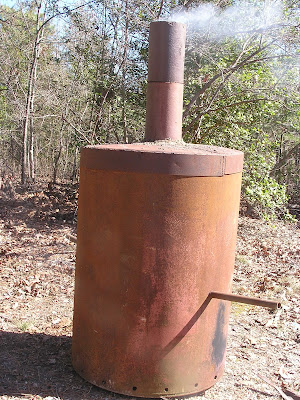 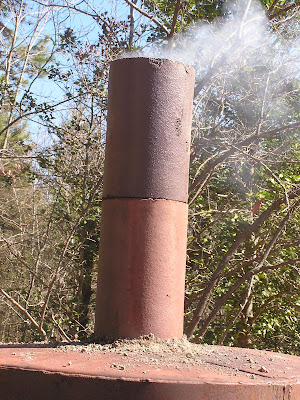 Last weekend, we fired up the biochar.  Once J placed the inner barrel of small sticks and twigs in the larger barrel, we quickly filled up the space between with larger sticks and put the lid on.  We no longer had the original chimney, and used a couple of clay tiles instead, which worked well with a bit of sand placed around the bottom to create a seal.  The biochar was spread in the garden, in the area where we'll be growing potatoes.  J & I have worked on the antique wardrobe.  He removed the loose laminate from one side, sprayed it with glue spray and weighed it down. A couple of areas still bubbled, so I put watered down wood glue in with a syringe and weighed it down again.  It's not perfect, but lots better.  I've been applying wood filler to all the cracks, and sanding it.  I'm hoping the wood filler drying now is the last round, and I can move on once I sand that. 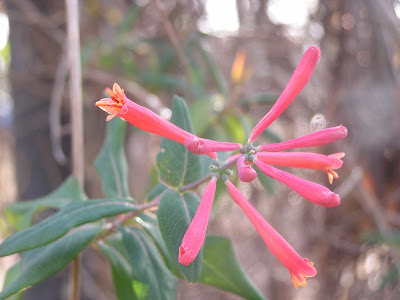 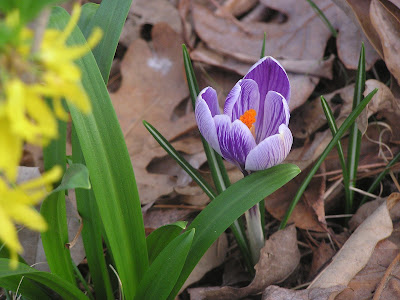 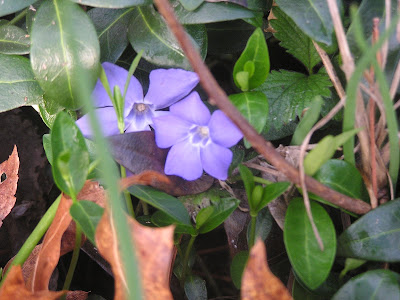 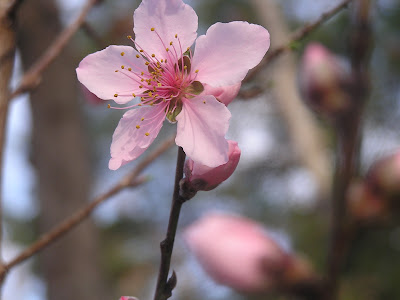 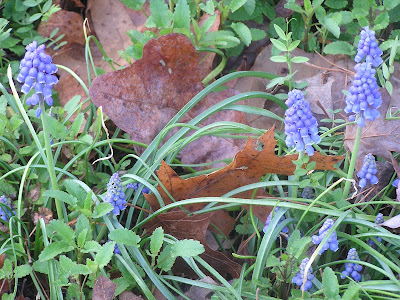 I caught up on my mending, which included shorts, a coat, sweater, pants and a cloth I use to cover my kefir.  Of course, shortly after I did, I noticed more spots on a throw rug I repaired recently becoming unraveled.  It's a vintage rug, and I've decided it doesn't need to be the rug at the door we come in and out most often.  Once I mend it, I'll figure out a better place for it.  Dinner one night included some of the last of our potatoes in storage, and our canned carrots.  At the discount grocery, I found Ball wide mouth plastic lids for .25 ea.  These are helpful when I open a jar of canned pickles, or other wide mouth jar from the pantry.  I got more dried blueberries @ $1 a bag.  They had small 4# bags of black oil sunflower seed this time, instead of the large bags.  I didn't ask first, and ended up paying $20/20 lbs, not a great deal. 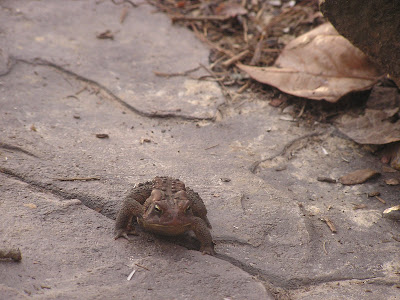 This fine fellow was facing the door when I came out to feed the cats one morning.  The spring peepers have begun singing.  I purchased items to service the lawn mower through ebates, & used my credit card, saving 7.5%.  For the first time in years, I had my hair professionally colored, prompted by a video I saw of the back of my head which ahem, showed my lack of expertise in this area :o).  She wanted to buy 3 bars of my soap, so that was taken off my bill.  I have to admit coloring my hair every 3 or so weeks is not something I enjoy.  Supposedly this color will last quite a bit longer than the ammonia free stuff I've been using.  We'll see if that's the case.  I ponder letting my gray grow out again, but for now, this works.  Our garlic and garden peas are coming along nicely.  I've cut three spears of asparagus from a small volunteer patch that came up under one of the pear trees. 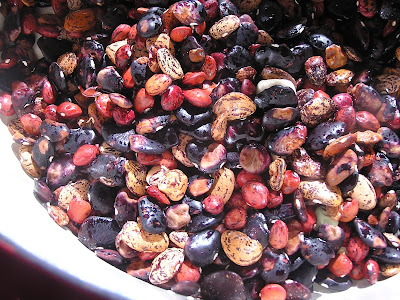 J warmed pancakes he had made and frozen a couple of weeks ago in the oven (they were too large to fit in the toaster), and while the oven was still warm, I thought to throw in the two biggest sweet potatoes to bake.  I put a pot of mixed homegrown beans on the wood stove, and another pot of small sweet potatoes for the pups.  I started on my taxes this week.  It's a fairly complicated task when there are multiple (albeit small) income streams and expenses related to each one.  I made notes last year, which I hope will help me to gather all the information in a more timely manner this year.  Houseplants were watered with rainwater.  The roses from my valentine came in a red mason jar, so I'll add that to my canning jars.  I assume you can use the colored ones as any other canning jar, but I'd better make sure.  Please do share if you know. 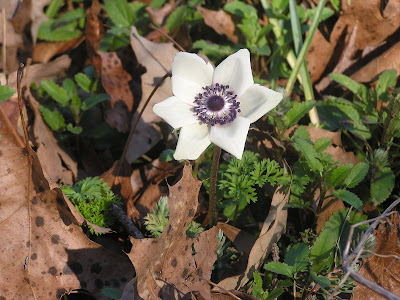 Well rotted chicken poop and straw was used to feed the fruit trees, rhubarb, horseradish and olives.   I used shredded paper in the chicken nest boxes.  The wardrobe still needs work.  Places in the laminate keep popping up, and new cracks develop, I suppose from being outdoors (on our porch), with temperature and humidity fluctuations.  I'll keep trying, but at some point, I may decide that it's good enough, and paint it.  Various bits and vegi ends went into the broth bag in the freezer.   A small amount of winter greens made it through the single digits, and were picked and made into a winter salad.  I watched a video on youtube, and have been enjoying a book borrowed from the library.  I hope you have a wonderful week, friends!

You sure keep yourself busy Laurie! Bet those fresh asparagus spears tasted wonderful! I'd caution you on using the red canning jar, sometimes they use that paint/dye to color them and it comes off, especially under canning conditions, and who knows what the dye is made of? I have not heard if the canning jar companies have made any red canning jars, so far just the blue, green and lavender ones, but then I don't keep up on the canning jar trends. Ha! Hope it stays warm enough not to harm the fruit trees!

Hi, Laurie! I'm wondering what the usnea is used for? I've never heard of it. Is it a Southern herb?
I lost a lot of fruit two years ago from late frosts. Not fun!
Debbie

Hi Jane! I'm thinking the red is only on the outside of the jar, but once the roses are kaput, I'll give it a better look. Definitely don't want red dye in our food.

Unknown, usnea has a lot of medicinal uses. I've seen photos of big, beautiful tufts of it in the Pacific NW. Not sure if the Southeast and PNW are its only habitat. Here's more info: http://www.susunweed.com/An_Article_wisewoman3d.htm

Stopping by from The Prudent Homemaker. I really enjoy all your garden posts! Waiting for my flowers to start popping up. The helibores are up here.

Hi Allyson! Thanks for your kind comment, and encouragement. I'm heading to check out your blog. Many wishes you'll soon have an abundance of flowers.