August on the Homestead & Frugal Accomplishments 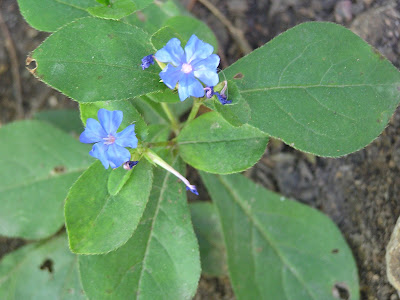 Last week, I strained and bottled up several quarts of citrus cleaning vinegar.   I changed my mind about the corn, and determined that the raccoons were not going to eat the rest of it, so one night at almost dark, I harvested everything that was edible and froze enough for 3 more meals.  There are just a handful of immature ears left, which I will share with them.  I picked some more beans, blanched and froze them.  We're having some interesting surprises with our beans this year.  Some saved seed we thought were regular lima beans are looking more like butter peas.  The seed may have crossed with butter peas we had also grown.  Also, J bought what he thought were green bean seeds.  They're starting to produce, and what they actually are are yard long or red noodle beans.  I've started collecting recipes.   If you've grown them before, or just cooked with them, I'd welcome any tasty suggestions besides pickles. 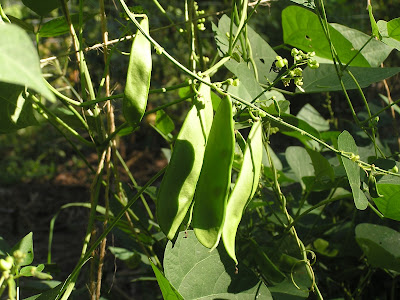 It's always a good thing to see the majority of our dinner plate consisting of home grown food.  One night there was a caprese salad, summer squash dish, asian cucumbers and swiss chard.  The next night, I made a tomato pie to go along with the leftovers.  We're enjoying tomatoes and cucumbers almost every night.  I canned tomatoes, summer squash and dill pickles.  The summer squash ends were added to the broth bag in the freezer.  McNibs usually begs for cucumber, so he often gets the end bits, and occasionally Guinness will eat some too.  With the week's second batch of tomatoes, I tried something new I'd read about.  Instead of composting the tomato skins, I put them into the dehydrator.  Once ground, the tomato powder is said to be good in eggs, soups & stews.  It takes a lot of skins to end up with much, but it doesn't take much to add some flavor. 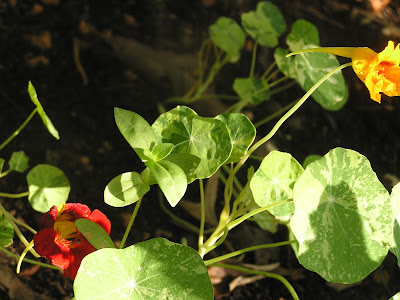 I gathered basil, parsley and oregano and made pasta sauce with our fresh tomatoes and garlic.  I finished rewrapping all the soaps that were involved in the laundry hose challenge last month, and am happy about that.  Most of the packing materials I used to ship an order from my online shop and two ebay sales were reused.  Kefir, yogurt & hummingbird food were made.  I planted a celery bottom in the cold frame, and it quickly put forth new growth.  This year, many things have required 3 plantings to get a crop.  The fall garden was no exception, and it appears we now have rutabagas, cabbage, winter salad mix, collards and broccoli up. 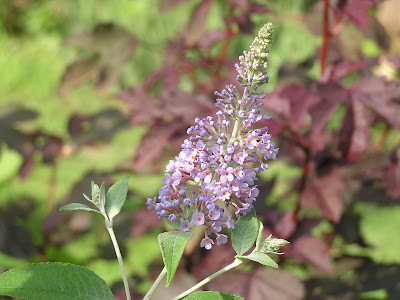 Am I the only one who didn't know about John Moreland?!  Thanks to Ben Hewitt, I've now remedied that.  Do yourself a favor, and give him a listen.  Ben has been sharing some favorite music on his blog.  The real intensive stretch of gardening is almost here.   I've been able to harvest cucumbers, squash & tomatoes in about a half hour.  That's if I don't weed, trim yellowed tomato limbs, bring cracked tomatoes to the chickens, & other assorted garden chores.  But soon there will be okra, and more beans, both of which are much more time consuming to harvest.  And then there's the matter of what to do with all that produce once it's in the house.  A good problem to have, but a bit of a race for the next couple of months.  It's a pleasure to be joining in with Frugal Accomplishments today.