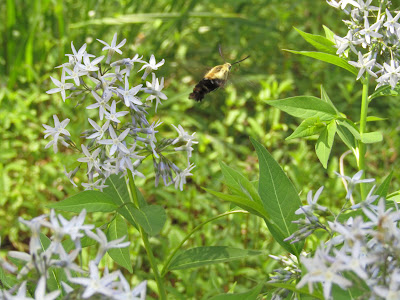 Hello, friends.  Last week, we had a little over two inches of rain, which made all the newly transplanted plants look happy.   I found that one raised bed held lots of little kale volunteers, which is lovely.  As has happened for the past several years, large black ants decided they'd like to make a nursery in the birdseed barrel.  Though I'd initially tried putting sprigs of mint in the barrel, and rubbing it along the top edge, that wasn't strong enough, but peppermint essential oil works like a charm every time.  With all the reports about fertilizer, my husband found organic fertilizer online which was less than the one we normally use, and ordered enough to do us for a year or two.  Hopefully, it will feed our garden well.  I used a $20 off $50 offer, on food and supplements. 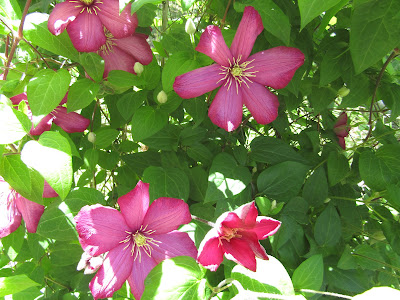 I read an interesting post on the history of polio.  Some colder days had the woodstove going again, so two pots of veggie scraps were simmered on it for broth, then canned, again using mostly reused lids, and all sealed.  Shredded tromboncino was pulled from the freezer for an orzo dish, and maitake mushroom was pulled for mushroom gravy over rice for my lunches.  Our garlic was used in both dishes.  I harvested parsley, oregano, thyme, lettuce, mizuna and asparagus.  I saw a post on stuffed artichokes, which gave me a hankering for them, and I already had two large artichokes in the fridge.  Though I couldn't make them with Romano cheese, like my grandmother and mother did, I did a little research, and came up with a winning combination, using GF bread crumbs, lemon zest, garlic, lemon juice, fresh parsley, and chopped green olives.  A bit of work, but so good. 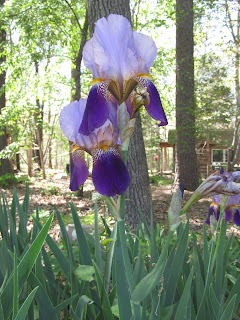 The annual NC Herb Society plant sale returned this year.  It's a tradition for a friend and I to go, so off we went.  She's an herbalist, and got many more plants than I, but I came home with Northern sea oats, stevia, black hollyhock, Mexican marigold, mullein, thyme and Victoria blue sage.  While perusing the tables, I looked up a number of the plants online.   The sea oats were listed for $39.59 a container online, and I bought five starts for $4.  If they all survive and thrive, that's quite a savings.  Laundry was dried on the line.  I'm reading The Last Bookshop in London, from the library.  I used the last of our largest potatoes for home fries, made black bean burgers, and salad with our lettuce.  The extra burgers were frozen for future meals.  I pulled another bag of pesto from the freezer, and we enjoyed pasta with salad another night.  Last year's garlic was fading, so I dehydrated most of it, and made garlic powder. 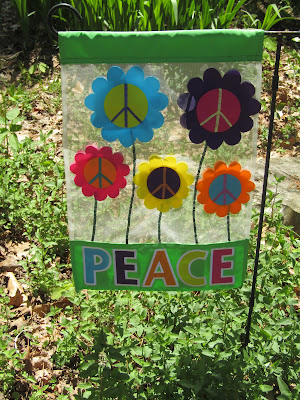 I wonder if you might have any strawberry suggestions for me.  The plants appear to be thriving, and are spreading.  There are many blooms, many plants, with a wide variety of pollinators on them, but I never get berries.  It often looks like there is the beginning of a berry, but they never get any farther than that.  I wondered first if it was birds or slugs, but I should still see some berries.  I've tried fertilizing them, and not fertilizing them, with no difference.  I've had them long enough that I don't remember the variety, and they were moved where they are from another spot.  I understand that a plant will only produce once, and then you encourage a runner.  There are many runners, though I don't detach them from the original plant.  Is that the problem?  I've watched hummingbirds at the feeder, and heard the summer tanagers song here and on walks this past week, making me appreciate these sweet spring days.  Wishing you a bountiful week.

What a great deal on the plants! Spring is such a fun time to be a gardener, as there are so many beautiful things to add to the garden.

I'd love to know your black bean burger recipe. I haven't found one that I like yet, but I love having these on hand.

I wish I could help you with the strawberry issue. I recently fertilized and have a lot of berries. But, for the most part, they are not pampered. I'm planning on transplanting them in the fall to a bigger container, as they are presently in three different pots. I wonder if you just need to start with a batch of new soil? Or you could try growing them in straw bales.

Hope you have many lovely birdsongs to enjoy this week. Peace.

For veggie burgers, I vary between The Prudent Homemaker's black bean burgers (using flax "eggs") https://theprudenthomemaker.com/black-bean-burgers/
and this one from French magazine MMS:

Cook lentils in water for 25 to 30 mins. Coarsely mash the lentils with all other ingredients. Form 4 burgers and cook in a non-stick pan 5-10 mins each side.

I blend oats for the oat flour, use less onion, and add the red pepper flakes and liquid smoke, as in the above recipe, as I thought it was bland otherwise.

I know I have said this before, but I love your photography. It brings color and sun into the day here; Ohio is not yet on board totally with spring yet!

May sunshine and spring days arrive in your area soon!

Laurie,
Do you find the shredded Tromboncini holds up better in the freezer than other zucchinis? I have found it is firmer when we eat it fresh and I wondered about when it was frozen. It looks like you have that answer:).

Gosh, it's been a while since I froze shredded zucchini, as we mostly harvest tromboncino, and usually eat any zucchini fresh. The tromboncino works well shredded for my purposes, but I'm not sure if it's much different than zucchini frozen. I only freeze shredded squash, as I don't care for the texture and taste change of squash pieces. Maybe try freezing a small amount early in the season, and see if you like it, before freezing much of it? I look forward to seeing your garden bounty this year. It's always impressive in your small space.