The Latest in the Potato Saga & A Cute Camper 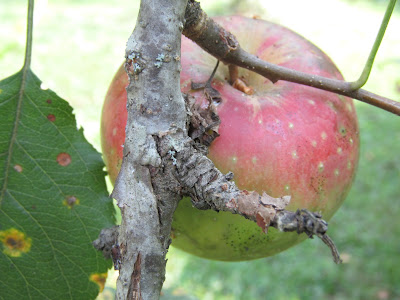 Hello, friends.  With a good chance of rain in the forecast starting Monday evening, and while the morning was still reasonably cool, I filled a 55 gal. barrel with the recently bought hay for the chicken coop.  I then worked on the potatoes, sorting them into small, medium and large piles, pulling any that needed eating soon, and a few that went into the compost.  They were then covered up with fresh pine straw.  Hopefully, the only other attention they'll need now is to enjoy eating them over the coming months.  Before the rain, I planted the gifted milkweed, and gathered lemon balm to start a jar of glycerite. 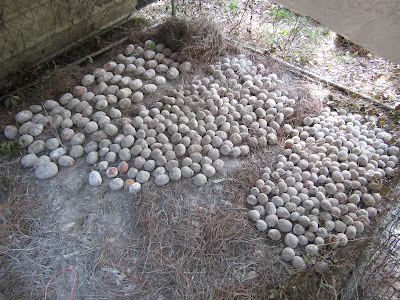 Well, it turned out the rain was a bust. It went all around us, and we got only a sprinkle.  The first yard long beans were picked, and they've been producing well since.  After meeting my niece for lunch, I stopped by the library, then got some groceries.  I also stopped at Lowe's, and got two 4-packs of marigolds for .50 ea. and a blanket flower for $1 on the clearance racks.  I plan to plant most if not all around the workshop.  Filling up in town saved .10/gal.  Another batch of tomatoes was canned up on Thursday, adding 6 qts and a pint to the pantry.  All the excess tomato juice was saved in the fridge.  I rearranged some things in the pantry to make room for the jars of tomatoes.  The chard seedlings, nasturtiums and elephant ears were fed with comfrey tea.  My toothpaste tube was cut open, to use up the last of it. 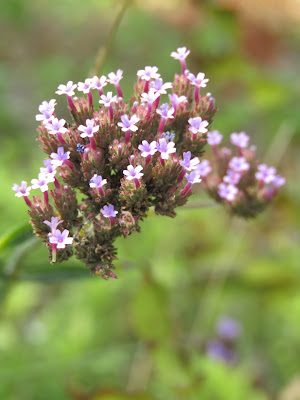 We had several days in the 90's, so dinners were simple.  I made hummus one day, a green bean & potato salad with lemon juice subbed for vinegar, and a blueberry/blackberry pie, which used up the last of our fresh berries.  I didn't get to freeze any berries this year, but we sure did enjoy those pies.  Another night I had leftovers, and J wanted egg salad sandwiches with sliced tomatoes.  There weren't as many as the usual amount of elderberries this year, and the birds had gotten a large portion of them.  I harvested what I could, and dried them.  Also harvested were tomatoes, a cucumber, a pepper, apples, lambs quarter and yard long beans. 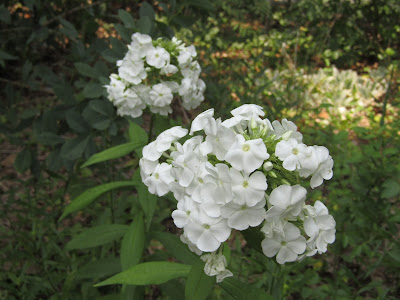 I started reading The Four Winds, one of my library books.  One night, I made garlicky green beans and potato salad with our beans, potatoes, garlic and parsley.  A salad with our tomatoes went with it.  J did some earthwork in the garden, and found a good sized renegade potato.  A tromboncino and garlic was used in zucchini orzo.  We enjoyed our sliced tomatoes with it, as we did several nights during the week.  I purchased three books of Forever stamps, in anticipation of the price increase, and also got 2 for J's business. I picked a second small round of elderberries, and have them drying in the dehydrator. 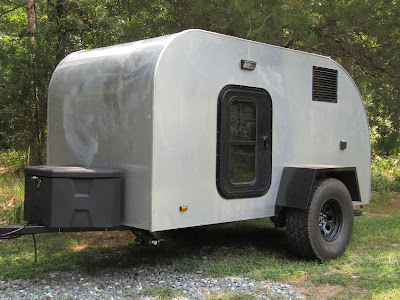 On Sunday, J fixed himself chicken and noodles, so I took the opportunity to not cook, and enjoyed two tomato & basil sandwiches for dinner.  They were lovely.  I'd had a stressful day, dealing with a challenging customer, so this was a welcome break.  We had a pretty special order come in over the weekend, our first from Australia.  So far, our only out of the country orders have been to Canada, so we're pretty excited about this one.  This cute little camper is parked here for the guys to work on.  It makes me smile.   Wishing you a week that brings some smiles, friends.

That is a bunch of potatoes! Hopefully, they will last now. I am thinking about canning some of the small ones with the thin skins and then putting them in the air fryer to make fries. It will be the first time to try it. Any advice?

It's a pretty easy process, as far as the canning. I've got Jackie Clay's canning book, and used her instructions. I don't have an air fryer, so can't give any help there. I expect you'll do wonderfully!

That book sounds good, I'll have to put it on my next list for the library.

Wow! What a haul of potatoes! I think I may have to go back to growing them in wire cages next year. They did better. And didn't take up room in the raised beds.

My eyes appreciate the new font. Much easier to read!

What a darling camper! Is it for trips or are you going to flip it?

We are getting rain today, hope you are too!

Gosh, if I've changed the font, I didn't know it. But glad it's more legible! The camper is a customer's the guys are working on in the shop. Yes, rain this morning! I hope we both get enough to keep things happy until the next rain.

You got me thinking, Daisy, and after reading which fonts use the least ink in printing, on the Prudent Homemaker, I did change the font when I printed something. I guess it changed it here too!

That is a cute camper! There is nothing better than a tomato sandwich in the Summer. Every day we plan our meals around the tomato bounty.

Tomato bounty is a wonderful thing!