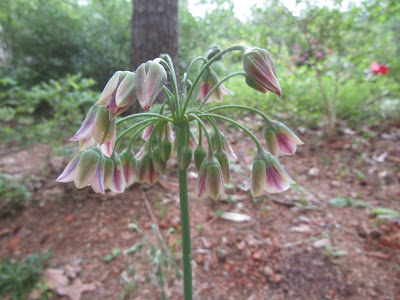 Hello, friends.  Merry May to you!  Last week, I harvested nettles, and began a quart of tincture.  Some paperwork was gone through, and shredded paper added to the compost bin.  All laundry was hung on the line.  Yogurt was made.  I was happy to see chard sprouts up, from the pots I recently seeded, though the chard I planted in the garden weeks ago still hasn't sprouted.   I do sometimes chop swiss chard stems in with the leaves when cooking, but I often end up picking around them because I really prefer the leaves.  I often chop the stems into the dogs dinner, or sometimes just compost them.  Not long ago, I saw a mention of a recipe just for them.  Though I couldn't find that one again, I found something better, 8 Ways to Use Swiss Chard Stalks.  There are a few I want to try.  I want to make good use of the plants without wasting a thing.  Maybe you do too?  I tried new recipes for chickpea curry and garlic naan that we both liked.  I had to switch up some of the seasonings due to J's allergies, but it worked well. 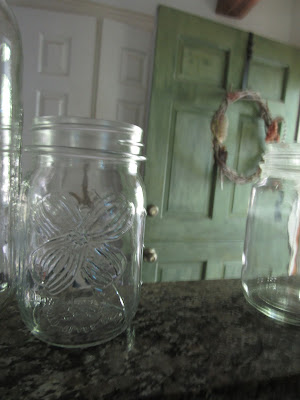 I recently came across this dogwood canning jar, and as that's our state flower, I thought it was pretty special.  Last year, two people offered me canning jars, so it must have come from one of them.  I love it when I find an old or unusual one to use.  A new recipe for shortbread was tried.  This one incorporated our hazelnuts, so I first shelled 1/2 c of nuts.  Though I've never before met a shortbread I didn't like, this one was not a keeper, sad to say.  I worked on taking pics of some items for ebay.   Cat brier tips were foraged, and the first lambs quarter of the year too.  I harvested swiss chard, and added the lambs quarter and a few nettle tips to the dish for added nutrition.  Parsley was harvested for potato salad.  So far, I've not had luck getting parsley to germinate this year.  I heavily reseeded a third round, and hope to have success.  I separated beet seedlings which came up together, and had enough to fill in all the bare spots, and then some.  Peppers are another challenging plant this year, so I planted another round of three varieties.  Our peanuts are coming up nicely. 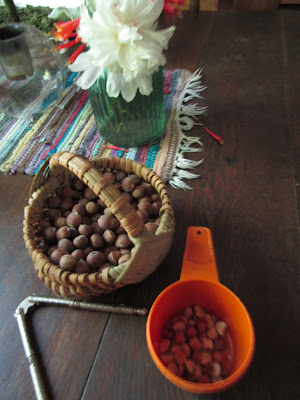 There was a pretty special moment with a coyote last week.  I know they're powerful animals, but this wasn't scary.  During our morning walk, the pups got to the end of our path, took off and began barking at the woods edge of the hay field..  When they were already a few yards away, a young coyote leaped up 5 yards in front of me in the tall grass, looked straight at me with surprise and a playful look, turned around and began leaping away from me across the hay field.  Thankfully, the pups and the coyote never crossed paths.  I imagine it found a nice spot for a nap, and the pups barking disturbed it.  The grass was tall enough that we never would have known it was there.  Perhaps my morning prayers for safety for all of us helped it turn out with the most benevolent of outcomes. 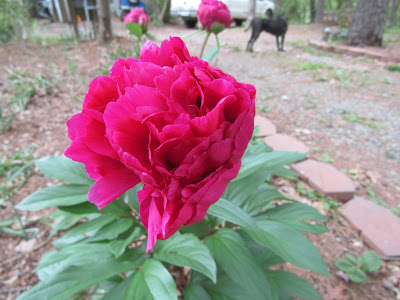 I'm feeling very thankful to continue getting online orders.  Last week, customers let me know my soap and body care products were a part of birthday and Mother's Day celebrations.  It's a true honor to get to play a small part in loving celebrations.  I tried adding leftover sweet potato to my oatmeal for the first time, along with walnuts, and it was very good.  I'm happy to know of another way to use the leftovers.  The solitary bees are back at the pond's edge.  I finally used the last of the kale in a salad.  Four more items were listed on ebay.  Our eggs, sweet pepper and parsley were used to make quiche.  I went to the grocery store for the first time in three weeks.  No sales were found, but I was able to get all but a couple of things on my list, both produce items.  I gave myself a pedicure, and took the first outdoor shower of the year, as Sunday was in the mid 80's.  It was lovely.  Be well, friends.

With parsley, did you knoe that pouring hot water over it after you plant it helps germination? I've not had parsley fail since I found that out.

Alleges: Do you pour it on right after seeding? Do you use hot wAter from the tap?

Allegra, I did not, and actually saw that on the packet after I had already planted the seeds :(. I do have one more old pack of seeds, and will try that if this round doesn't germinate. I'll research the temperature, as the packet said to soak in warm water overnight. Thank you for letting me know that it does indeed work.

We are having a time with the peppers this year too. First, they were slow to germinate, got about 75% germination, then when we put the starts in the field we lost five of them to something, maybe cutworms, not sure.... started some more..... everything else is doing so well, this is a mystery.

Isn't it interesting how every year is different in the garden? At least it's never boring.

How cool that you had a safe coyote encounter. I can sometimes hear them at night, but never have caught site of one.

It was pretty cool. It looked like it may have been a young one.

Scary about the coyote. Glad you and the pups were okay.

Love that unusual jar! I don't think I've ever seen one quite like that.

The funny thing is it wasn't scary in the least. I think it may have been a young one, and really just looked playful. I do always carry spray (pepper/mace?), but didn't even think about it.

Sorry didn't see this until now! I sow them, making sure they are well covered, then pour a kettle of hot water over them. They have a very tough outer membrane so this doesn't kill them, just makes it easier for them to germinate.

Soaking in warm water overnight as Laurie says should work too - the goal is simply to soften that tough membrane. I wouldn't use hot water from kettle if they are not already covered by earth though - not sure if that might not be a bit too much for them.

A bunch have sprouted, not from the most recent bunch, but from the bunch before!