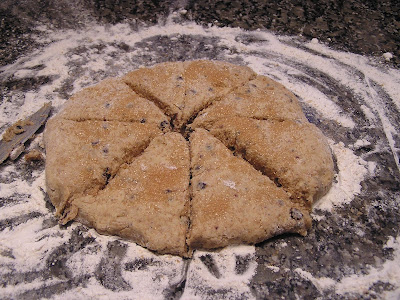 Hello, friends.  Around an inch and 1/4 of rain fell early in the week, and just about filled up our cisterns.  I'm thankful for that.  The hens continue to lay well.  Deviled eggs were on the menu this week.  I paid registration fees for my car and a trailer for the shop online, to save making a trip to the license plate office.  Two loads of laundry were done with homemade soap on a rainy day, so they went into the dryer.  Lint was saved in TP rolls to use as fire starters, and a few were used to encourage low fires during the week.  I gathered all the materials to make a batch of soap, and found out my scale had stopped working.  I took it apart, and there were several broken plastic pieces.  I've been using the same scale for many years, so I'm not too disappointed.  I found a stainless one with great reviews for about $15 less than if I had replaced it with the same plastic model.   I'm thankful it happened while soapmaking, rather than when I was attempting to ship one of our home goods orders. 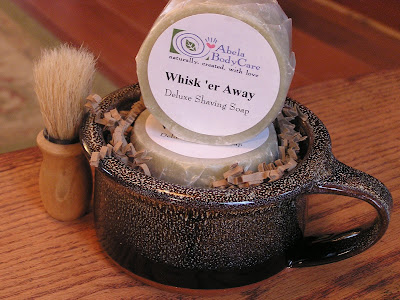 New shaving mugs were picked up from my potter friends, shaving sets photographed, and listed in the shop just in time for Valentine's Day.   I redeemed swagbucks for a $25 amazon gift card. For dinner one night I made a tomato rice loaf using our tomatoes and homemade bread crumbs, okra from the freezer, and corn.  Not sure if it's a good idea, but since we enjoyed the two jigsaw puzzles this winter, I purchased two more at a thrift store @ $1 ea. after delivering soap to a B&B.  I also purchased an Apples to Apples game that looked like it had never been used for $2.  Many of the cards were still in their plastic packages.  I'm not much of a game person, but have fond memories of playing this with family on my Mom's deck.  I brought water in my stainless bottle for the drive.  Eggs were shared with friends, as well as soap "seconds". 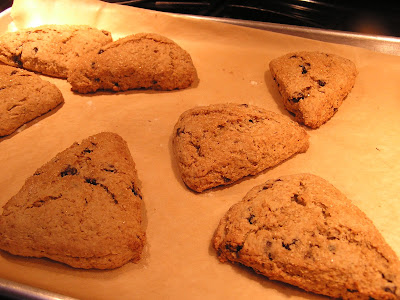 Noticing a change in consistency with the recent Hairprint kits, I wrote and kindly asked about it.  With it being an entirely new product, they're needing to tweak a few things as they learn more.  They sent me three kits to replace the perfectly usable, but imperfect kits, a savings of $110!  With so many companies only concerned about their bottom dollar, it's awfully nice to deal with one with integrity.  Though there is a real commitment for the time factor, and a definite messy factor, I highly recommend this product if you're looking for a nontoxic way to restore your hair color.  When I went to their website to create the above link, I saw a new offer where I can refer someone, and they'll receive 15% off.  If you're interested, just use this link  http://hairprint.refr.cc/lauriea 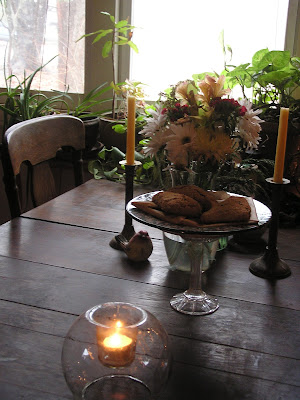 I recently saw a couple of recipes for Bulletproof Chai, which is perfect, as I'm trying to stay away from coffee right now.  It's pretty tasty, though I'd like it more flavorful, so I'm going to try doubling the chai next time.  We were invited to a birthday party for one of our neighbor's sons.  I made hummus to bring, with cut up celery, carrots and a bag of organic tortilla chips bought on sale for $2 earlier in the week.  The colder temps returned, making me long for soup.  I asked J to harvest rutabagas, and tried a simple soup recipe from a blogger friend, which wasn't much more than rice and broth.  The rutabagas still taste a bit too much like turnips for my liking, though better after the frigid temps, but the soup was filling and OK.  I popped some gifted popcorn in the wok to have with the soup. 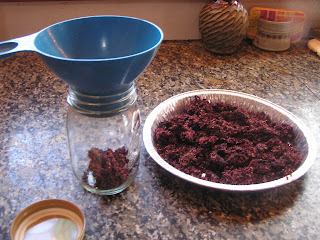 Two loads of laundry were done, and hung on the line, but brought in and finished in the dryer due to the expected precip.  I noticed a rough patch on one of my molars, which felt like something had chipped.  I made a visit to the dentist, worrying he might suggest a crown, but he said he'd just smooth it, a much less expensive option.  I relisted a couple of items on ebay, and also listed one new one.  The elderberry leavings after straining the tincture were dried, and will be used in making suet.  For one dinner, I made vegi chik patties with homegrown pickles, our pear sauce, and beans from the pantry.  Sunday morning was rainy, and I decided lemon blueberry scones were for breakfast.  I used home ground wheat for half the flour.  I hope you're enjoying some cozy days!

Ha! Sorry about that, April. I so usually post them chronologically, unless I think one is a better photo for the header.

You always have such nice weeks.
What a beautiful presentation for your soaps. Your photographs do it justice.
Debbie

Thanks so much for your kind words, Debbie.