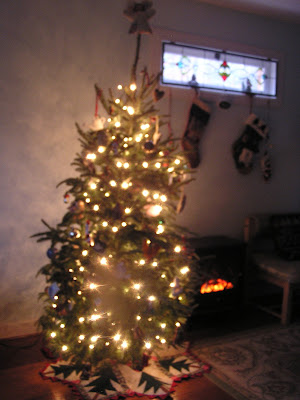 Hello friends.  Last week, I redeemed swagbucks points for a $25 amazon gift card.  I did some holiday baking with pantry items.  One was a new recipe, which used some of the coconut flour I bought a few months ago, but hadn't figured out how to use.  The recipe also called for almond flour, which I didn't have, so I blanched and peeled raw almonds before grinding into flour.  I will say I used to make a banana almond breakfast drink, where I soaked the almonds overnight.  They would slip right out of the skins.  This time, I followed a tutorial on making almond flour, and it ended up being quite a time consuming task.  If I do it again, I'll go with the overnight soaking.  It was my first attempt at a from scratch gluten free recipe, and though they tasted good, they ended up flat rather than a ball shape.  I'll try less oil next time.  I ground wheat for my favorite chocolate chip cookies, and made them.  Salad was made using our lettuce, with homemade salad dressing. I checked the marked down plants at Lowe's, and got two six packs of pansies for $1 ea. 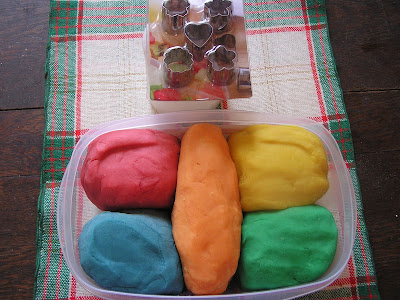 My niece suggested playdoh as a gift for my great nephew.  I'd seen some diy recipes on Pinterest, and used this one.  I used various brands for coloring.  I first tried a beet based natural color I'd originally bought for some body care items, but I'd had it too long, and the color had degraded.  I had already open containers of McCormick and Kroger food color, so started with them.  If I wasn't totally happy with the result, I added some Watkins food color, which I learned about and bought this year.  I'm pretty happy with the colors I got.  I bought several cookie cutters to include with the playdough.  Another niece asked for a squirrel buster bird feeder.  I bought that, and J made a lovely shepherd's hook pole for it. 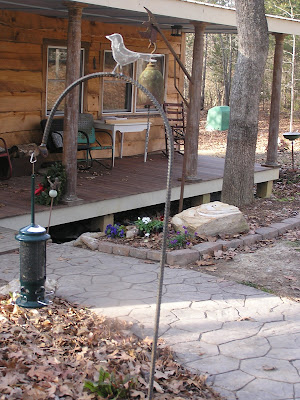 I took advantage of an amazon offer of $5 off $15 on books. I've enjoyed listening to holiday Pandora stations while working at home on holiday things.  I have several holiday stations, so I just switch to another when I tire of one.  A pot of vegetable soup was made using leftovers, our home canned and frozen vegetables, and pantry items.  Homemade bread that was given by a friend and frozen was warmed to go with it.  We enjoyed the soup two nights.  I was very happy to find a pomegranate at the little local grocery store.  It was quite a bit more than the ones I bought at Aldi's before Thanksgiving, but it will be nice for salads I plan to take to dinners this weekend.  While I do enjoy the special foods and sweets this time of year, I crave some healthy food too.  Bringing a festive green salad to the dinners will satisfy that.  Other than the pomegranate, I picked up milk and a bottle of wine I plan to take to one of the dinners.  So far, the only groceries bought this week. 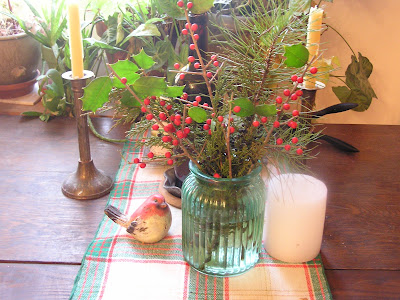 On the Winter Solstice, I gathered greenery and made bouquets for the house.  On walks, I did more meandering off the path, and was rewarded with a few more clumps of usnea, which were added to the tincture jar.  I pulled four gallon bags of vegi scraps from the freezer, and put them in two large pots on the woodstove to thaw and simmer overnight.  This time and the last, I also added pieces of dried reishi mushroom, for its powerful medicine.  I'm not sure why I chose right before Christmas to do this, with everything else on my plate, other than we really needed the room in the freezer and I tend to think I can do more than I can in a day.  Besides reishi, I try to incorporate other super/ healthier foods in my diet as I can.  Sometimes I make maca hot chocolate (this one, though I use local whole milk & sometimes maple syrup instead of dates), other times this bulletproof coffee.  If you can use a nutritional boost too, in this season of sweets and excess, consider giving one or both a try. 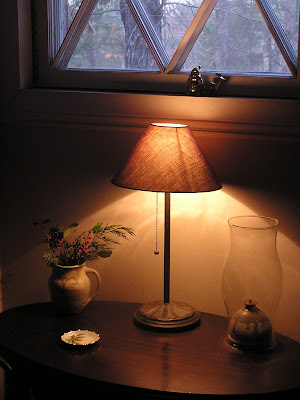 I colored my hair at home, with J's help.  This is my third time using Hairprints, and I got the best results so far.  It is quite a time consuming endeavor, taking just about 3 hours, and requiring 6 different applications.  Ah, the price of vanity!  I potted an amaryllis bulb purchased a few weeks ago, for cheer in the dark days of winter, and happened to notice on a walk that a critter had dug up several nice pieces of moss, so I brought them home and placed them around the bulb.  Before my family's Christmas dinner this evening, I canned up the vegetable broth.  I got 17 pints in the canner, with an extra put in the fridge.  After leaving my brother's house tonight, we drove to a neighborhood known for hanging balls of holiday lights from the trees.  It is spread over many blocks, and was a fun and festive addition to the day.  I'm joining in with Brandy's Frugal Accomplishments today.  Wishing you fun and festivities in the days ahead!

Spending some quiet time this week catching up on blogs, and yours is always a quiet oasis. Love all the photography--I always do. Here's to a good 2018, Laurie!

I love that winter bouquet! The berries are striking with the winter foliage.

I also love the play dough. That is a great idea, and it looks so cute presented as a butterfly. Little people love play dough, so I'm sure he will play with it for a long time.

Have a wonderful New Year:)

Thank you April, for your always kind comments.

Becky, the butterfly was a fun bit of serendipity, when I was trying to figure out how to place the last piece of playdough :o).

Wishing you both a peaceful New Year & a 2018 full of many good things!

I was an early childhood educator for nearly 20 years and that was my go-to play dough recipe! That was a great idea for a gift.
Happy New Year!

I didn't know that, Michele. Wishing you & Jeff a Happy New Year!