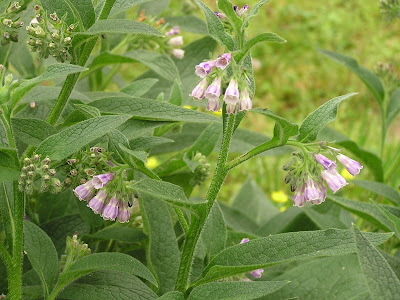 Last week, I made a frittata which used our eggs and leftover asparagus.  Made hummingbird food.  I forgot to mention last week, but I purchased our siding at a local sawmill, and J & I picked it up ourselves, saving the cost of delivery as well as only having to handle it the one time it's moving from the trailer onto the house, instead of moving it off the sawyers trailer too.  Made a cauliflower salad, and grated the core and leaves for the pups.  Shopped at Aldi's, & bought a few produce items... avocados @ .49, pineapple @ 1.19, organic carrots @ .79.  When I looked to remind myself how much the organic bananas were, I saw that I hadn't been charged, so 2# free bananas.  I used to fret about these things, until I realized I'm as often overcharged as undercharged.  Just a few weeks ago, I bought four packs of organic applesauce at Harris Teeter because they were on sale.  When I got home, I realized they had not given me the sale price.  So, these days I take the less stressful route, and just feel like it all works out in the end.

I made a new quinoa dish, using my broth and pantry items.  Used a $3 coupon for dogfood.  Made my swagbucks goal most days.  Did laundry with homemade laundry soap and dried it on the line.  Worked on the porch posts.  Made yogurt and kefir.  Mended a bedspread.  Hopefully, it will last until I finish my quilt.  I got the summer sheets from storage, and put a set on the bed.  Nights have been in the 50's & 60's, and I'm ready for crisp sheets.  Shopped at the discount grocery, & got just a few things... pasta @ .75 ea, natural peanut butter @ $2, hair color @ $4.  I had bought a hair color there that was missing one of the tubes and could not be used.  I remembered to bring it in, so they gave me a box in exchange.  J & I planted all our tomato, pepper, eggplant, tomatillo & basil seedlings in the garden.  We also planted our sweet potato slips. 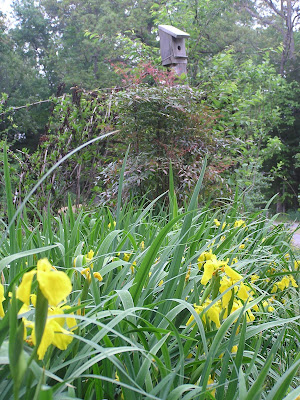 Though we valiantly tried covering all our peach trees two recent freezing nights, it appears we still lost all the peaches this year :o(.  On a happier note, the tiny horseradish I thought was a goner is putting up new growth, and it appears we may have our first cherries.  Even if there is only a handful, I know we will enjoy them.  The humidity has steadily been rising.  We finally broke down and turned on the AC, on a night we were sitting down to dinner and it was 81 degrees indoors.  We just used it as needed a couple of evenings, then opened up the house overnight to cool.   Put 3 branches of thornless blackberries given to me in moist soil in pots after putting rootone on the ends.  Cut the curly willow given to me in 6" pieces & have them rooting in water in the shade.  There is already quite a bit of root and bud growth on them.

I bought 3 foxglove and 8 dusty miller for the shade garden along the walk, and planted them.  Also bought a rosemary, as my oldest one has been doing poorly with our wet early spring, and planted it.   None of the local feed and seed stores have had lettuce seedlings when we've checked, so we may do without this year, as the ones I planted (twice) didn't germinate.  There are quite a few seeds coming up that I planted during our homestead meeting... borage, sweet marjoram, aster & cosmos so far.    Donated several handmade items to a fundraiser for a local woman with serious health problems.  Divided a hosta in 3, and planted them in the new shade garden.  Transplanted blue plumbago & baptisia, both of which had been overrun by iris. 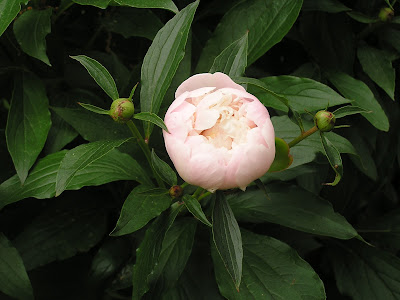 I organized all our seeds.  I had read of the idea to use photo albums with plastic sleeves to hold the seeds, & found 2 of them at the thrift store.  I used one for vegetables & the other for herb and flower seeds.  As sometimes happens with ideas I read about, it didn't work as well as I hoped.  The thickness of the seed packs is so much thicker than photos,  the album splays out making it unable to close.  Still, it's better than all of them stuck in tins.  Only corn, beans & squash seeds remain in the tins, as they're too bulky to fit anywhere else.  The seeds are easier to see in the albums, so there's that. 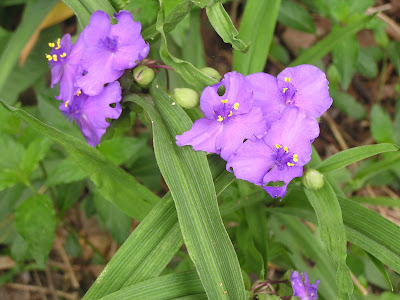 I planted seeds in the ground, including several types of zinnias, marigolds, phlox, nasturtiums, lovage and forget me nots.  I planted black eyed susan vine & rosella seeds in pots.  Harvested 3 spears of asparagus, & used one with our eggs in an omelet. Started a batch of stinging nettle fertilizer, adding some weeds to the mix.  Did a small amount of weeding in the flower beds and garden.  Made pasta with our tomatoes & herbs.  Added herb stems to the broth bag.  Harvested some arugula to add to our salad. 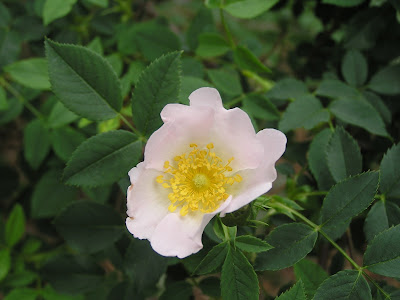 I'm happy to be joining in with Frugal Accomplishments, & would love to hear what you've been up to.
. 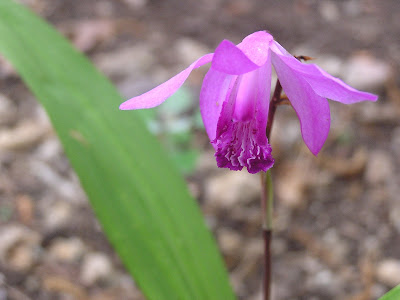 A few things I enjoyed this week:

This song, while wrapping soap
This post, which I expect is going to make me add reading the Newbery winners to my bucket list
I can't wait to see this
Turning barren land into a sanctuary.  Do watch the 8 minute documentary if you can
A friend shared this artist, the daughter of Chris Whitley

I am with you on letting go of the guilt of getting something for free from the grocery store. I am sure we have been overcharged (or what we purchased didn't make it into the bag) more often than undercharged.
I enjoyed your link about the Newbery winners. I love good children's literature and used to try to keep up with the Newbery and Caldecott awards. A few years ago I read "A Single Shard", which was the Newbery winner in 2002. It's about a young Korean potter. I have the book here, if you would like to borrow it.

I would love that, Michele! Thank you!

Laurie, I am just now catching up with about 4 weeks of your posts and am enjoying your calm words and gorgeous photos. (And thanks for the shout out on the Newbery!)