A Few Days at the Coast and Frugal Accomplishments 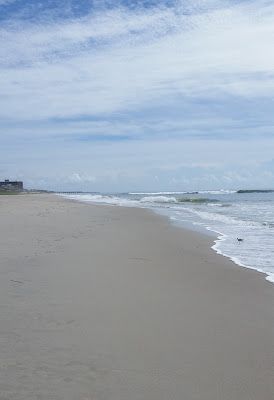 A trip to the coast was not terribly frugal, but I am nonetheless happy to be joining in with the Frugal Accomplishments community.  We ate out much more than usual, but brought food & ate all breakfasts, all but one lunch, & one dinner in our room (with kitchenette).  I asked for a to go box for 2 dinners; also brought home our pizza crusts & a breadstick for the pups, and leftover bread for the chickens . There was a large selection of free DVD's to borrow, and we chose 3.  The first two were bad enough that we stopped them just a short while into them, but we enjoyed the third one, Chef.   I purchased a small Turk's Cap plant at The Beaufort Historic Center for .50!  This was a new plant to me, but there was one along the picket fence of the Historic Center which caught my eye.  It has unusual red flowers which bloom from May to frost, and has edible flowers and fruit from which you can make teas and jams.  Even the raw fruit sounds good, with a description of being similar to watermelon or apple.  It supposedly propagates easily from seeds or cuttings.  I'm excited about this one.  I also bought 2 burlap bags of snowbell bulbs at the historic center for $1.50 ea (35 bulbs!).  I thought their prices were very inexpensive, so I put a little in their donation box to help support the society and bought a little gift for one of our friends who are minding the homestead.  I made Swagbucks goals several days. 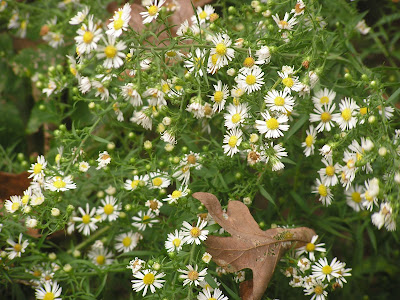 We visited some thrift stores, where Joseph found several pairs of work pants, and I found some basic quilting books (for .50) and a few pieces of clothing.  I also found a large Farberware kitchen tool which I'm not sure was intended for, but will be perfect for moving blanched tomatoes from stove to cold water bath during canning  (photo further down the page).  Also got a small metal cup for my 72 hr. kit.  Due to some Frugal Accomplishments comments, we picked up 2 pieces of dress-up clothing among the Halloween things for J's son's little girl.  One is a beautiful purple velvet princess gown.  These will be part of her Christmas.  There were walks on the beach, quite a bit of reading, and time just hanging out on the balcony watching and listening to the sea.  We had a great view of the eclipse, and watched it from beginning to full eclipse on our balcony, while enjoying wine I had gotten on my sister trip.  With Hurricane Joaquin looming, we headed for home.  Last year, we found a discount grocery store on the way, where I stocked up on organic peanut butter among other things on the way home. We intended to shop there this year, but when we went by, they were closed for restocking :o(. 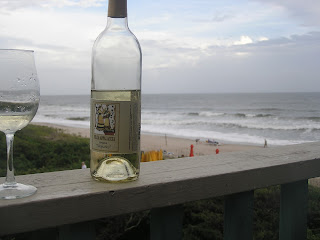 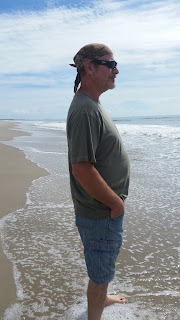 Once we got home and I had unpacked most everything, I headed to the garden.  I harvested tomatoes, okra, an eggplant, a pepper, swiss chard and trombincino squash.  I hadn't gotten to pick okra for a few days before we left, so the majority were huge, inedible things.  I like okra to be small and tender, but I save a few larger ones in the freezer, to cut up in soups.  The rest generally go to the chickens, where I open them up and pick out the immature seeds.  They really seem to like those.  There was also kale and mixed winter greens that could use picking, but as they don't last too long in the fridge, I will wait until we eat the chard to pick them.  A few weeks ago, I received some Fresh rewards coupons from Lowes.  Two out of 5 were for meat products, so I wrote and asked if it was possible to add info to my profile saying I'm a vegetarian. I never received a response, but then received a $20 Lowes gift card in the mail. 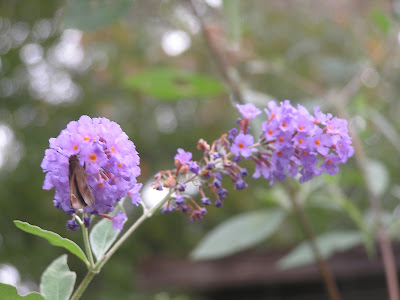 The pups got grated winter squash, chopped tomato, okra and chard with their dinners.  I cut up the chard stems, and added them to the broth bag in the freezer.  After all the vacation food, I was feeling the need for more vegi's and lower calories, so I made my Mom's squash soup with our tromboncino, basil, tomatoes and garlic.  I mixed up the last of the homemade bisquick and made biscuits to go with the soup; added some ww flour and ground some flax seed into it, which made it just a little healthier.  Used our tomatoes and garlic in a rice loaf, chard in a gratin dish, and our canned crowder peas one night for dinner. The rice loaf and chard dishes also used some of my homemade bread crumbs.  Received a gift card from Staples in the mail, which was a rebate.  Canned the last tomatoes of the year.  We've still got some on the vines, but there won't be enough to can at any one time. 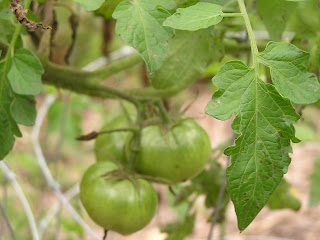 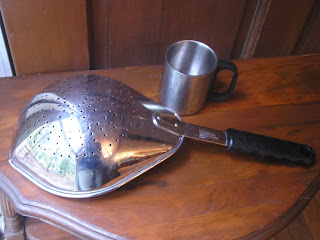 Due to Hurricane Joaquin, the Fall Festival was cancelled, the first time that's happened in 43 years.  It was the right decision, though, and I'm thankful they made it, so I wouldn't feel guilty about not participating in all the rain & wind.  Our forecast is to get 5-12 inches by Sunday.  (Update: our 5" rain gauge was overflowing Sat. AM, & we believe we got at least 6" total since Thurs.PM.)  I made a frugal breakfast of oatmeal with apples I dehydrated last year.  Made kefir and yogurt.  The pet sitter used up the last of my yogurt, so I had to buy some for a starter. Will have to educate the pet sitter about homemade yogurt, and the need to keep some for the next batch.  Got the movie about JK Rowling from Netflix, which I'm pretty sure I learned about from a commenter on The Prudent Homemaker.  We both enjoyed it.  Borrowed Season 4 of Call the Midwife from the library.  I'm really enjoying the series. 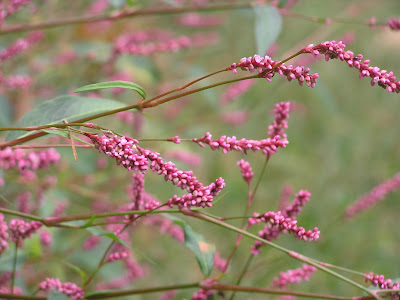 A few days before we left on vacation, I went to the dentist for a cleaning.  I asked about an area that hadn't felt quite right, and was diagnosed with an abscess.  Though I haven't taken antibiotics in 15 years or more, I thought it was prudent in this case.  Instead of buying OTC probiotics as he recommended, I relied on my yogurt and kombucha to counter the antibiotics, and did well.  I'm learning quite a bit.  He told me the abscess was a byproduct of previous dental work, and the damage done to the root.  He suggested a root canal, but I am researching other options.  I've been to holistic MD's, but have never had a holistic dentist nearby.  Thankfully, there has not been pain.  I've ordered some products from here to support a healthy mouth.  What I'm learning about root canals makes me want to make another choice.  I know that pulling the tooth is an option.  I'd welcome other suggestions that anyone has to share.
Posted by Laurie at 7:12 PM

I am trained in Applied Kinesiology and I treat many for no charge out of my home in the Upstate of SC. I saw your question over at The Prudent Homemaker site but would rather answer directly to you so I clicked over here. I am replying to your question for the root canal. I have great success in killing the bacteria causing the infection in the tooth with Warrior from Hopewelloils.com. Put a drop or two on your finger and rub it directly on the gum all around the infected tooth. Let the oil work for 5 minutes during which time you will probably call me some not nice names. :) It will burn and be crazy hot. The infection in my experience will be killed with that one application. At that point you can flush out the mouth with water. Getting a root canal does not solve the problem since it does not kill the bacteria. My brother had a root canal last year and after they sealed the infection in the tooth with the resin material his whole cheek ballooned out with infection. He used the Warrior treatment and was better in 24 hours. He should have asked big sis first! Warrior can be kept on hand for any bacterial infection and will stop a stomach bug or food poisoning with only one drop taken internally. We would not be without it.

That does sound impressive, Lana! I am using oral essential oil products from Living Libations now, but will check out Warrior. I greatly appreciate you taking the time to visit my blog and comment.

The coast! How wonderful! I could almost hear the sound of the ocean as I looked at your pictures.